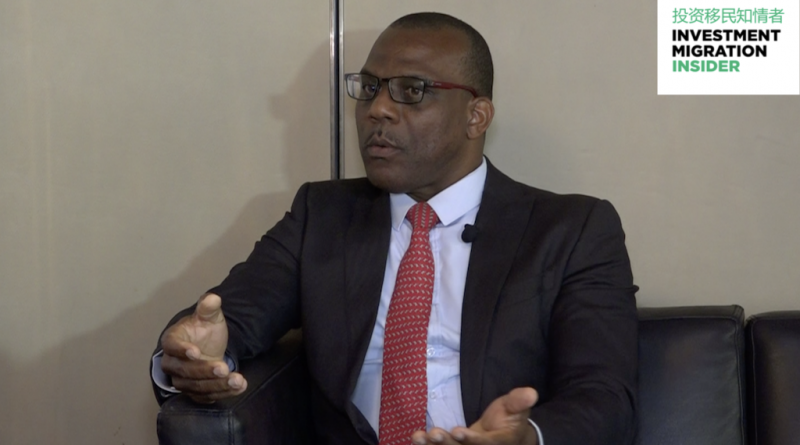 During an on-camera interview with Investment Migration Insider, the full version of which will be published in the coming weeks, Thomas Anthony – Deputy Head of Exiger’s Immigration, Citizenship, and Visa Practice, as well as former head of the Antigua & Barbuda Citizenship by Investment Unit – calls for turning the Caribbean citizenship by investment programs into a single scheme, warns that the EU and the US are “very concerned” about the price war, and postulates that the reason politicians have not yet stopped the “race to the bottom” is that they are reluctant to give up “ready cash”.

“The only people winning in this price war are the agents. The countries themselves are not gaining anything,” said Anthony, adding “we need to move this [CIP governance] out of politics, […] move it away from the politicians and move it into a regional body of technical experts to manage.”

Anthony confirmed that he was advocating a full-fledged unification of the program, not only in terms of processing but also for the marketing side, as a means of stemming the downward trend in pricing and facilitate agreement on a price floor.

“Having a regional approach would then mean that you could set that floor far higher,” said Anthony, echoing the views of CBI developer Sam Raphael, who has urged Caribbean leaders to come together to set a price floor “sooner rather than later”.

Entities like the EU, US, Canada, and the UK, said Anthony, are also very concerned about the potential for corruption related to the Caribbean programs.

“Unfortunately, the Caribbean region is seen as one of those places where corruption seems to happen. That is the perception.”

Asked whether he thinks there’s merit to that perception, he answered that “unfortunately, there have been some things that happened in the region along the corruption lines and that, over the years, has caused this perception. In some cases, I think it’s warranted. I think we have to clean up our act.”

“But,” Anthony was careful to point out, “I haven’t come across any issues in the CBI programs that suggest to me that there may be that element. Perhaps I don’t know enough.”

Anthony believes that the politicians themselves are worried the programs will not last long and are therefore trying to extract revenues from them while they still can. This approach, he said, becomes a self-fulfilling prophecy.

“I think too many politicians see [CIPs] as a good way of getting non-tax revenue over the short term, and so their approach is ‘let’s get as much as we can until it ends’, thereby bringing about the very situation you are trying to avoid”.

See also: Prime Minister Chastanet of Saint Lucia tells Investment Migration Insider, in an exclusive interview, that Caribbean leaders have been “too busy” to get together to talk about a price floor.

Anthony cites the access to ready cash as an explanation for why Caribbean heads of government are dragging their feet about fixing CIP prices and also expressed frustration at Caribbean politicians’ paying mere lip service to the goal of tackling the price war.

“These statements are being made, year after year, but there’s absolutely no action to bring about this change.”