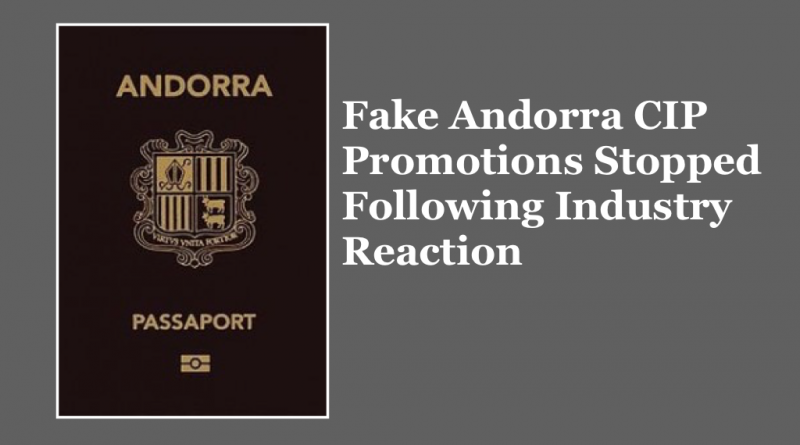 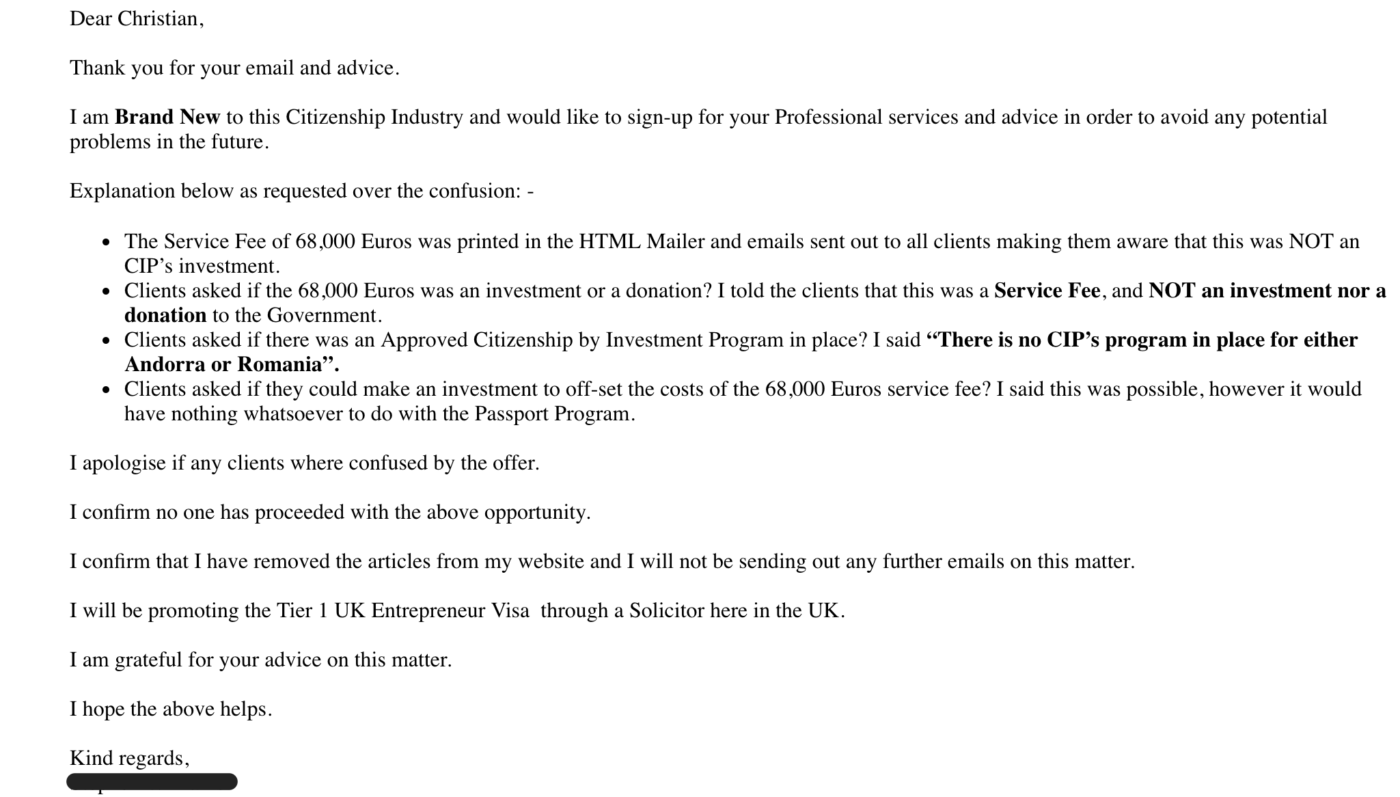 Upon further investigation, it appears the originator of the fake Andorra program promotional materials is not the firm mentioned in Friday’s story.

The UK-based real estate company named in last week’s article has now removed the listing of three nonexistent CIPs (Andorra, Puerto Rico, and Romania) from its website following the strong community reactions from the RCBI industry.

After several email exchanges, the firm has informed IMI’s editor that they have removed the “programs” in question from their website and explained that their intention was never to propagate inaccurate information but that they were merely taken in by the same email campaign as other service providers, and unwisely passed it on to their own mailing list.

The firm’s head has offered an apology for any confusion caused and promised to discontinue the email campaign.

A representative of the firm has explained that they are new to the industry, were not familiar with the range of legitimate programs available, and merely passed on to their clients information received from other sources.

The company in question is not guilty of any wilful misdirection, merely of indiscretion and naïveté, and IMI has now removed mentions of the company’s name from our articles in recognition of the demonstrated contrition.

So, who is the original source of the story? 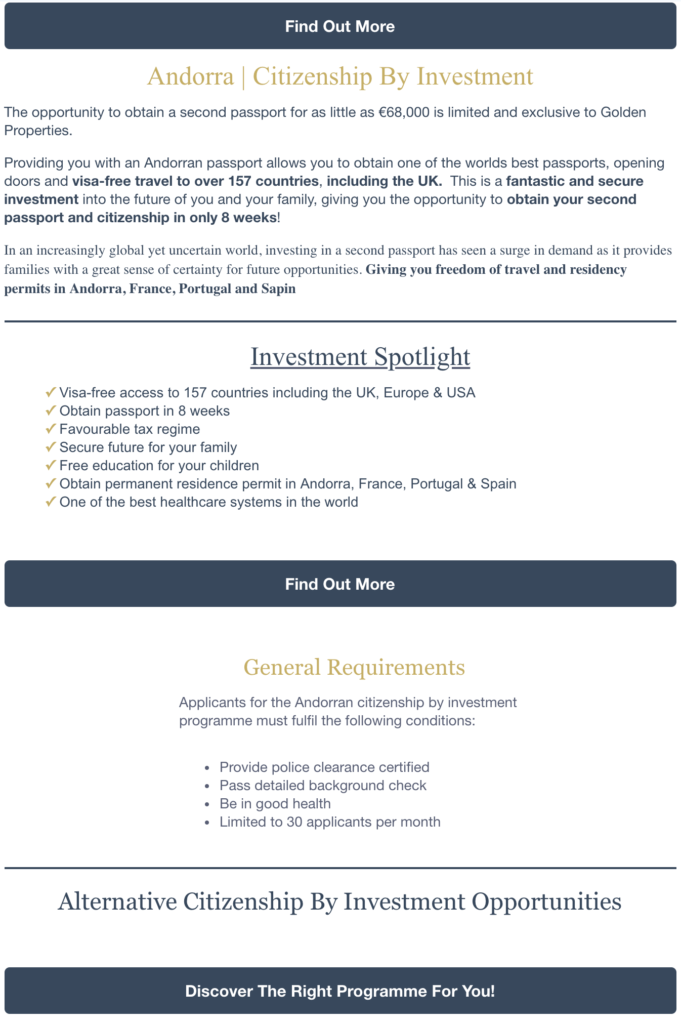 The progenitor of the email campaign appears to be a different UK-firm altogether, and several other service providers in the industry have confirmed that they first received the Andorra emails from this company.

“The Andorran citizenship programme is offered exclusively by Golden Properties, this opportunity allows you to obtain a second passport for only €68,000,” says the original email seen by Investment Migration Insider.

Speaking to IMI’s editor on the phone from the UK, however, a representative from this firm explained that they had been hired to generate leads for the “Andorra CIP” on behalf of a master agent, which had provided the information.

Upon being made aware of the questionable veracity of the program, the British property firm also stopped marketing the Andorra program on behalf of their client, whose name they are contractually not at liberty to disclose at the moment, and have assured the editor that they will no longer be sending out any emails promoting any passports for sale in Andorra.

The ultimate origin of the Andorra story, therefore, remains a mystery, but the fake CIP promotion, at least, has been stopped.

What’s heartening about is that he RCBI-community rallied to put the spotlight on what it perceived to be dubious practices and, in the end, was able to put an end to the promulgation of misleading information that could have harmed clients, as well as the industry’s reputation.

This was a victory for self-regulation.