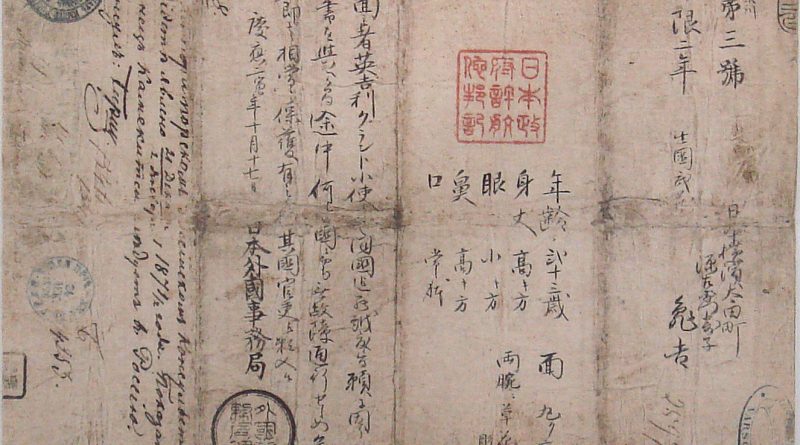 Citizenship is the relationship between an individual and a state to which the individual owes allegiance and from which, in turn, is entitled to protection. Citizenship implies the status of freedom with accompanying responsibilities.

Modern-day citizenship, although primarily a relatively new phenomenon dating back only a few hundred years, did exist in some forms in ancient times. In ancient Greek, Polis (plural Poleis) was the term used to denote a body of citizens, among other things. Citizenship was very exclusive in that era. Some were citizens, others were not (Herbert & Wilkinson, 2002; Pocock, 1998). According to some, it was also the term used to differentiate between slaves and free men. The institution of slavery enabled free citizens to share in the judicial and deliberative administration of the state (Aristotle, 1962, pp.94-95).

During the European Middle Ages, citizenship was usually associated with cities and towns and applied mainly to middle-class folk. Titles such as burgher and bourgeoisie denoted political affiliation and identity in relation to a particular locality, as well as membership in a mercantile or trading class; thus, individuals of respectable means and socioeconomic status were interchangeable with citizens. During the height of Muslim empires and rule, which also stretched to the Iberian Peninsula, non-Muslim subjects (Dhimmis) were given a legally-protected status as long as they paid jizya – a form of tax on non-believers.

Citizenships to those with the right racial profile

In other, now-developed, parts of the world, the United States, for example, the Naturalization Act of 1790 was the first law to establish the rules of naturalization and citizenship. Then, it barred those of non-European descent from obtaining citizenship, while naturalization time for free white people was two years. “..[A]ny alien being a free white person, who shall have resided within the limits and under the jurisdiction of the United States for the term of two years, may be admitted to become a citizen thereof[…]’’

In Europe, political upheavals and reforms, beginning most prominently with the French Revolution, abolished privileges afforded to certain classes and created the concept of egalitarian citizenship. With the passage of time, the concept evolved and led to what we now know as European Union Citizenship.

All citizens of an EU country are automatically citizens of the EU and are afforded settlement privileges across the union, as enshrined in the TFEU (Article 20) and Charter of Fundamental Rights (Chapter V). An EU citizen may set up home in any EU country if (s)he meets certain conditions, depending on whether one is working, studying, etc.

Cyprus was the first EU country to formally introduce criteria and conditions for naturalization of foreign investors in 2011. The scheme was amended in 2013 following the Cypriot banking crisis and was again amended in 2014, 2016, 2018 and February 2019.

Malta was the second EU country to formally launch a citizenship by investment program, referred to officially as the Individual Investor Program, in 2014. Several other EU member states including Bulgaria, Greece, Latvia, Portugal, and Spain, among others, operate residence by investment programs, commonly known as golden visas.

Apart from these popular golden visa programs, many other EU member states offer residency rights to foreign investors in one form or another. Even the most advanced European economies, Germany for instance, have offered entrepreneurial or start-up visas to non-EU citizens. These programs have raised billions of euros for some of the struggling European economies, and have given a much-needed boost to different sectors, that of real estate prominent among them.

Citizenship to those who can help us out of recession

Some other countries in Europe have developed mechanisms, other than offering residence- or citizenship-by-investment programs, to attract foreign capital to their shores – ‘corporate citizenship’ being one such route. By offering attractive corporate tax regimes, these countries, the Netherlands and Luxembourg to name a few, have become the place of incorporation for many multinational corporations.

The difference between corporate and individual citizenship programs is that the former attracts large corporations and provides them with an incorporation certificate – while the latter affords a national identity card, a residence card and/or a passport to the investor.

The programs that provide residence and/or citizenship rights to non-EU investors have attracted criticism as well. But as global growth slows – particularly in the Eurozone – few are those countries happy to give up a steady source of investment.

Amid slowing growth, leaders in many European countries are thinking creatively to attract more foreign direct investment into their countries. The recently elected government in Greece is, reportedly, planning to launch a citizenship-by-investment program in Europe in an attempt to pull the country out of a crippling debt load.

The previous Greek Prime Minister got to wear a tie after his country got an extension from its creditors in the Euro-zone but the country’s debt crisis has not been resolved. The Greeks have, of course, observed the success of their golden visa program, which has been in operation since 2013 – with more than 4,530 residence permits already been granted to foreign investors under the scheme.

Should this new plan materialize, Greece would be the third EU country to offer a formal citizenship-by-investment program. It would also be the first country in both the Eurozone and the EU with a GDP of over US$200 billion to launch such a program. If the Greek government goes ahead with this plan, as has been reported by different media outlets, the citizenship-by-investment sector in Europe will fortify – because it will no longer be the smaller island states of Malta and Cyprus offering such programs.

The result may be a more lenient approach from Brussels toward CIPs, at least in the short term, because the European institutes have a whole set of other problems to deal with. But, of course, nothing is final until everything is final – and, as Dr. James Naithmisth put it, the ball may be batted in any direction.