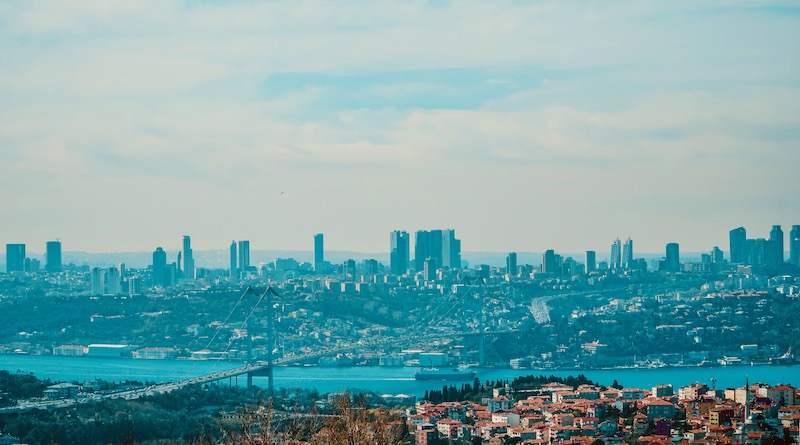 We want to preface this article by stating that CIP Turkey is in no way attempting to make a political statement here. Our sincere hope is that a quick resolution will be found to end yet another conflict in our region.

While many nations and multinational corporations have chosen to sever ties with Russia, the Turkish government has taken a more neutral and pragmatic stance.

While many would be quick to point the finger at Turkey and accuse them of having double standards, it is essential to recognize that Russia and Turkey are very important to each other – and actions that are taken now could have lasting consequences.

Although Turkey shares no land borders with Russia, they are only separated by some small countries such as Georgia and Armenia, plus they share the sea border of the Black Sea. Also, we must not forget the importance of Istanbul’s Bosphorus Strait, which serves as the vital artery connecting the Black Sea to the Mediterranean.

In addition, the highest volume of tourists from a single nation to Turkey are Russians, six million of whom visited Turkey in 2019, accounting for 12% of all tourists that year.

Turkey must walk a narrow line between Russia and its NATO allies, so it is fair to say that it is faced with a challenging dilemma. This would not be the first time Turkey has faced difficulties when sanctions were imposed on another country, as has been the case with neighboring Iran.

Turkey was exempt from participating in the Iranian sanctions because approximately 80% of its power supply was generated from Iranian gas. Because Turkey turned to Russia as their primary natural gas provider in recent years, they now find themselves caught between a rock and a hard place.

In the meantime, the US and Europe have still purchased oil and gas from Russia throughout the conflict, so it would be hard to blame Turkey for doing precisely the same.

It would come as no surprise to those reading this article to learn that CIP Turkey has been experiencing a sharp increase in inquiries from Russian citizens from all over the world since the conflict started.

One such inquiry came from a Russian national living outside of Russia for over 30 years while setting up a prosperous business in another country, which he and his family called home. Although he has lived in that country for so long, he was only there on a resident permit as citizenship was never an option for him.

He was supposed to renew his residency last week only to be told that he would no longer be permitted to do so, based purely on his being Russian.

We feel that such a decision is entirely unfair and taken out of context. There are undoubtedly countless other situations similar to the one mentioned in this article, occurring right now throughout the world.

As long as they meet the requirements stipulated by the Turkish government, CIP Turkey will continue to assist Russians and many other nationals from around the world with acquiring Turkish citizenship in a precise and timely manner.