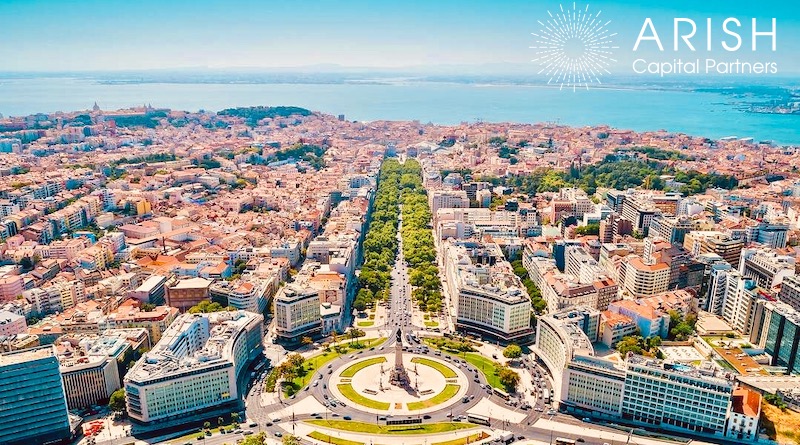 A crucial thing to consider regarding residency by investment is that, at the end of the day, it is an investment venture. That translates to a meaningful outlay that could yield significant returns or – if done hastily – a substantial loss.

The Portuguese golden visa is a residency by investment pathway. Its framework has made it one of the most illustrious programs of this nature worldwide, yet it would be folly to consider an investment in Portugal nothing more than a means to an end.

The golden visa’s minimal residency requirement and fast track to citizenship have played a significant role in making it one of the most popular options for investor migrants. Still, it can offer much more if an applicant chooses an investment that makes sense, and this is where Arish Capital Partners comes to the fore.

The fertile investment environment in Portugal continues to brim with potential for massive growth, and it is the EU nation’s macro- and micro-economic indicators that have drawn Arish Capital to its shores.

Soon after the British government announced its decision to leave the EU in 2016, Arish Capital decided it was time to expand from its headquarters in London and make its mark on the EU market.

Arish Capital’s team, a set of highly-skilled professionals from diverse backgrounds, such as financial management, investment advisory, engineering, corporate administration, and more, looked into possible investment destinations in the EU, and Portugal stood out as the frontrunner.

Since then, Arish Capital has dedicated itself to producing top-tier investment assets for local and foreign investors alike.

By producing pure investment projects aiming for financial prosperity for everyone involved and then tying them to the golden visa, Arish Capital offers investors something not often seen in Portugal; a golden visa-eligible asset that provides actual substance and great returns.

Over the past five years, Arish Capital has provided the global market with nine exceptional projects in Lisbon, Porto, Comporta, and the Algarve. Eight of those projects sold out expeditiously, while the ninth residential project in Comporta has just been launched.

However, it is Arish Capital’s last commercial project, Liberty Lisbon, that is redefining the investment paradigm under the golden visa.

Liberty Lisbon was launched in July 2022, and was 100% sold out within 16 weeks to 101 investors.  The project is situated in the heart of Avenida da Liberdade, Lisbon’s most exclusive boulevard avenue.

Avenida da Liberdade leads directly to Marques De Pombal, Lisbon’s prime city center historical reference point. The avenue is flanked by prime residential real estate, while it houses various extravagant, prime commercial properties which are home to some of the largest brands in the city, such as Versace, Rolex, Omega, Louis Vuitton, and more.

The stunning office buildings in the avenue also host top-tier corporations, such as Bloomberg, Bolt, JLL, Apple, and BBVA, among others.

Liberty Lisbon offers investors the opportunity to acquire prime real estate in Avenida da Liberdade that qualifies them for the golden visa.

Being able to obtain an asset in Avenida da Liberdade is a catch on its own, as commercial properties in the avenue are categorized as “trophy assets” and provide exceptional value to their holders.

Liberty Lisbon is a prime commercial building in the heart of Avenida da Liberdade consisting of two retail floors and nine stunning office floors with a private terrace with a remarkable view of Lisbon’s most grandiose avenues.

Liberty Lisbon aims to provide investors with long-term profitability alongside eligibility for the golden visa. The project was carefully chosen and designed, with the area allowing Arish Capital to target massive brands and corporations to ensure a steady flow of solid returns.

When working with global corporations, rental yields are more stable as they lock in for longer contracts. No company wants to spend millions on a new showroom and then relocate after a year. This stability gives Arish Capital the ability to provide its investors with a steady stream of returns throughout a seven-year holding period for an investment of €350,000.

Lisbon is the perfect location for prime commercial property investments, as its average rental yields are typically higher than those of London, Paris, and Barcelona. The historical increase in returns in Lisbon has also been remarkable, as prime office returns have increased steadily over the past decade. The average cost of purchase per square meter in Lisbon is also significantly lower, meaning investors will get greater value for their money and, over time, have the possibility to make stronger capital gains.

This is where the true value of the investment comes in, as the capital gain alone may surpass the total rental income, especially considering its unique location in one of Lisbon’s most desired locations, making Liberty Lisbon one of the most potentially profitable investment assets the golden visa can offer.

Liberty Lisbon puts the investment in residency by investment on a whole new level. The holistic perspective of the team at Arish Capital, and the ability to produce intricately designed projects that tick all the required boxes, have allowed the team to create a unique investment class that not only qualifies investors for the golden visa, but provides high-level returns as well.

After the resounding success of Liberty Lisbon being fully sold within 16 weeks, the Arish Capital team are soon to be launching their second ‘super prime commercial’ offering, also with golden visa eligibility at €350,000.

To know more about Liberty Lisbon and any future projects the team at Arish Capital is working on, contact Arish Capital Partners today through our website or by emailing us at info@arishcapitalpartners.com.