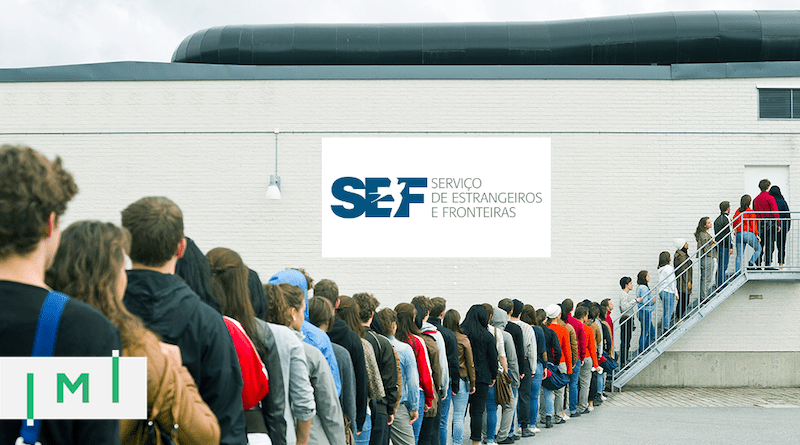 Investment Migration people in the news this week include:

CNN Philippines – How to become a Spanish or Portuguese citizen?

Henley & Partners’ Scott Moore appeared on CNN Philippines’ The Final Word this week, during which he explained the requirements for Filipinos hoping to become residents, and eventually citizens, of Spain or Portugal.

Moore: “Portugal is experiencing quite a backlog right now. The government was operating with a skeletal force during the pandemic and the program became more popular than ever, so processing times right now could be up to a year and a half, whereas Spain can be quite a bit quicker.”

The Street – Crypto Price Check: Is the Correction Over?

David Lesperance, managing partner of immigration and tax adviser at Lesperance & Associates, said he believes “the bigger trend towards regulation is going to clean out a large number of crypto coins and NFTS which will not pass muster in a regulated environment.”

“The fallout from the collapse of TerraUSD/Luna continues to reverberate, he said. “Now the spotlight is on the standards that crypto exchanges use in listing new cryptocurrencies and continuing the trading of disgraced previously listed coins.”

Lesperance said that fierce competition among exchanges has led to a sharp rise in the number of tokens available on platforms that are popular with adventurous but naive investors.

“Major exchanges, including Coinbase, Binance, OKX and Crypto.com, which previously let their customers buy Terra or linked tokens, halted trading during the crisis,” he said. “Most jurisdictions have little if any legal standards on what crypto tokens can be publicly listed for regular people to trade, so exchanges serve a key role in scrutinizing coins.”

Al Bayan – The World’s Most Powerful Passports for 2022

Passport Legacy’s Jeffrey Henseler writes an op-ed for Al Bayan, one of the Middle East’s most widely-read newspapers:

We have also witnessed a continuous increase in the number of investors in passports, specifically during the past two years after the global health crisis. Many of our clients, who had been thinking about applying for a second passport for a long time, decided to go ahead and submit their applications after the crisis, as the repercussions of the Covid 19 crisis formed an urgent need to do so, especially for nationalities that suffered from travel restrictions.

Nuri Katz of Apex Capital Partners contributed an article to Wealth Management in which he explores the potential for cross-pollination between crypto-investment and diversification of the investor’s residency and citizenship portfolio:

Normally, crypto investors would have to convert their digital assets to fiat and place them in a traditional banking environment for the governments to approve funds and for it to be considered the source of wealth documents. What has been happening recently is that certain nations have been changing the laws and regulations regarding what can be included in the source of wealth documents for when opening bank accounts or even applying for citizenship.

Some of the most crypto-friendly RCBI jurisdictions are Portugal, Antigua & Barbuda, and St. Kitts & Nevis. Recently, Portugal closed its first Golden Visa linked real estate deal entirely in cryptocurrency. The government of Antigua and Barbuda passed legislation entitled the Digital Assets Business Bill of 2020, which officially became law on June 18, 2020. The Act governs, among other things, the claying on of a digital asset business in Antigua and Barbuda. St. Kitts and Nevis has welcomed digital assets with open arms, implementing legislation to make crypto transactions easier under its Virtual Asset Bill 2020. Additionally, St Kitts and Nevis has piloted its own digital currency known as DCash under the Eastern Caribbean Currency Union, further highlighting its crypto-friendly approach.

Harvey Law Group founder Jean–François Harvey pens an op-ed for Barron’s that underlines the importance of taking the advice of a range of experienced professionals when planning for residency and citizenship diversification:

Once the client relocates, the advisor’s counsel and efforts will become more important than ever on a range of issues such as moving assets abroad, tax planning, and understanding how to take advantage of the range of financial products available in any new country. For instance, in all the examples cited above, qualifying investments must be held for a minimum amount of time—usually three to five years. Over this period the financial advisor will manage the investment and assist in advising the client whether to convert or reinvest after the minimum period has ended.

In a guest column for the Financial Mirror, Michael Kyprianou and Co’s Esme Palas provides a helpful overview of upcoming regulatory changes to Cypriot immigration rules, including those that relate to the self-employed, investors, and people of independent means:

Foreigners with sufficient means to sustain themselves whilst living in the Republic: This refers to persons who intend to reside in the Republic without exercising any employment or other economic activity in the Republic and have fully and freely at their disposal a secured annual income of €40,000, increased by €10,000 for each additional member of the family, as well as a suitable privately-owned dwelling in the Republic for the stay of themselves and their family, of a value of at least €250,000.

The point is that “there are institutional problems in serving the SEF on all fronts”, says Lidiane de Carvalho, lawyer, and coordinator of the immigration department at Lexidy Portugal. “But I draw particular attention to the problem that we have been facing in relation to investors, the ARI, those who want to access the golden visa, because it is an interesting political agenda for the Government in principle (…) and through which investors inject a strong capital in the country, whether through the acquisition of real estate, whether through direct investment or investment funds”, explains the international society lawyer to idealista/news.

And the change in the golden visa law, in parallel with the restructuring phase of the SEF, “causes a lot of consternation to real estate investment and, naturally, in a very complicated time of great uncertainties that we are experiencing”, confirms the president of the Portuguese Association of Property Promoters and Investors (APPII), Hugo Santos Ferreira, emphasizing that, in the current economic, social and international political context, the construction and real estate sector in Portugal is faced with:

“We are indeed living in very complicated times and, therefore, everything we can do to mitigate the other points is extremely important. It is urgent to resolve this situation so that, at least, what is within our reach, we can eliminate and keep all the other uncertainties that we already have in our activity. It was good for the country to be resolved not to be a factor of dispersion of investment ”, comments Hugo Santos Ferreira, also because in his opinion “there is not the slightest possible justification for the program [gold visas] not to work ”.

“The truth is that this is a real scandal, it’s a shame”, a lawyer and managing partner of a law firm specializing in immigration who preferred to safeguard her identity begins by saying. “There are people who have invested half a million, a million or more in a property to make the program [ golden visas ] and since January the site is down, it is not possible to submit new requests and, therefore, since there was a change in the rules that the system is at a standstill”, explains the lawyer, noting that, however, the ARI platform allows changes to be made to gold visa applications already submitted.

“Every day we try to contact the SEF. We have already sent ‘N’ emails asking for anything”, says Raquel Roque, adding that when she goes to the ‘in loco’ services “people who are there know little or nothing”, because “they are not part of the decisions operational and restructuring decisions of the SEF. ” The answer that has been given the most to the lawyer “would have to do with the software update”, she still reveals.

On this point, the Portuguese Association of Immigration, Investment and Relocation (PAIIR) has already written to the Government asking for a meeting to discuss this matter, according to Jornal Económico in its latest print edition.