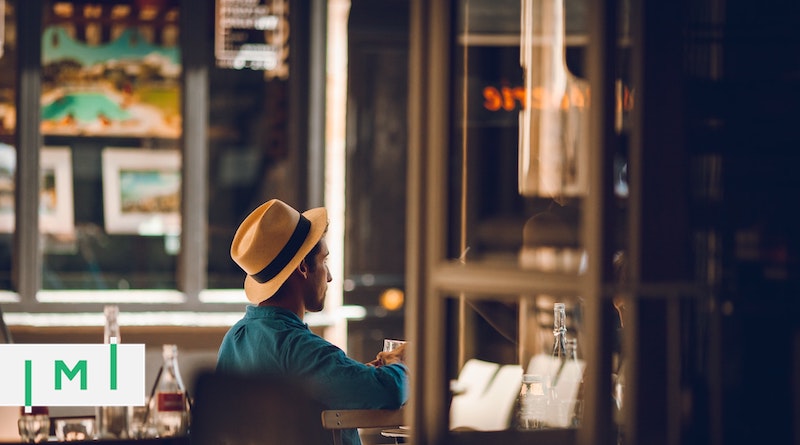 Financial Times: C’est la visa: would you buy a house to get back into Europe?

During the past year or so, there’s been a rapid rise in the demand for a second passport – often with another home attached for wealthy buyers. “We’ve taken on a record number of new clients in 2021,” says Dominic Volek, group head of private clients at the global citizenship and residency advisory firm Henley & Partners. “The biggest driver now is mobility of travel. Traditionally, we’ve looked after clients from emerging markets, but this year we’ve seen a real growth in interest from the US, where even if you were a Silicon Valley billionaire you couldn’t come to Europe.”

Post-Brexit, higher numbers of British passport holders – particularly if they haven’t managed to unearth an appropriate ancestor – are seeking advice about how to deepen their European ties to circumnavigate restrictions. “The rules have changed, and British property owners can now only stay in their holiday home for 90 days in each 180-day period,” says Edward de Mallet Morgan, partner in Knight Frank’s super-prime sales team. Which, unless you have an EU passport, puts the kibosh on dreams of retirement on the Côte D’Azur or Costa del Sol.

“As things have opened up again, people have started to appreciate what the restrictions really mean,” says Isobel Neilson, senior manager at immigration lawyers Fragomen LLP. “They’re realising they can’t work in Europe, and have to leave the entire Schengen zone after 90 days, and we have seen a significant increase in demand for solutions.”

Revision of the Portuguese scheme likely to come into force in January 2022 will largely redirect buyers away from boom cities such as Lisbon and Porto, and popular coastal areas like the Algarve, to the slower-paced hinterland. “You will, however, still be able to buy in a ‘touristic development’ in the Algarve, as well as in areas like Alentejo, which have long been popular with British buyers,” says Frederico Mendoça of Cluttons Portugal. “And because much of the property will be comparatively cheaper, you should still get capital appreciation.” What can be snapped up right now? In tranquil Alentejo, the estate agent is selling new-built townhouses in the Trincadeira Cluster, from €430,000.

Malta, meanwhile, has revised its investments schemes and now both its Malta Permanent Residence and Citizenship By Investment programmes have put a greater emphasis on property purchase. “There is much more of a requirement to become involved in the local lifestyle,” says Alan Grima, CEO of Malta-based Dhalia Real Estate, which works in association with Cluttons. “And owning property is considered one of the main means to do so.”

“The scheme has been very important in sustaining the property market during Covid-19 when other sales were scarce,” says Kieran Kelleher of Dream Estates in Montenegro. He has seen American buyers joining Chinese, Indian and Middle Eastern purchasers investing in passport-entitling schemes on the Adriatic coast, such as the InterContinental Resort Amma, Canj, in southern Montenegro, one of Europe’s fast-growing luxury leisure markets, and in Boka Place, the deluxe waterfront development in the Bay of Kotor (from €190,000, through Dream Estates/Savills). “Passport seekers have been able to buy into these schemes at a price similar to non-passport buyers, and the market here is strong. We’ve just had our best summer for seven or eight years.”

The disruption of the past two years has, of course, resulted in significant lifestyle shifts and some countries, such as Barbados, have been quick to adapt to new priorities. “Barbados was one of the first to recognise that people were increasingly working from home and introduced 12-month visas,” says James Burdess, Savills’s head of sales for the Caribbean and Latin America. “In the past, you could only visit for three months, now you can effectively come and stay.” The visa, which is applicable only to those who can prove they are self-supporting, is not related to property purchase, but Antigua and Barbuda, Dominica, Grenada, St Kitts and Nevis and St Lucia are all offering a direct route to citizenship to those prepared to buy a home. “All our buyers in Antigua over the past six months have availed themselves of the passport,” says Burdess of the scheme’s popularity. “Although it’s not their number one reason for buying in the Caribbean.”

Armand Arton, founder of the eponymous investment migration advisory firm, pens an opinion piece for one of the Middle Easts’ biggest dailies:

“By incentivising individuals to live, work, and increasingly to stay long-term, the UAE is a prime and thriving example of the open world approach. Having already built one of the most diverse workforces in the world today, and in addition to its ease of setting up business and friendly regulatory frameworks, the safe, secure, quality of life offered to all its residents and citizens is also key to retaining talent, by encouraging a sense of belonging and long-term commitment.”

Ever-growing residential property sales to foreigners in Turkey, mainly driven by the promise of citizenship, are starting to slow after a new government rule aimed at tackling inflated prices, property experts say.

Property sellers and real estate professionals told Reuters that before the rule change some cheaper homes were being marked up and sold to foreigners for at least $250,000 – the minimum price for Turkey to grant foreigners a passport.

Some sellers were working with selected appraisal companies to inflate prices and secure citizenship for buyers, they said, with the difference between the market value and the price paid in some cases later returned to buyers.

But under a regulation adopted last month, the land-registry authority now automatically assigns appraisers to properties, thwarting collaboration that could lead to abuse.

GIGDER, an industry body that promotes Turkish homemakers abroad, said that since Sept. 20 when the regulation was adopted, prices of some homes sold to foreigners have dropped by 30%-45%, prompting some prospective buyers to walk away.

“This difference between construction companies’ sales prices and new valuations has led to distrust among foreigners,” said the head of GIGDER, Ömer Faruk Akbal.

“We have since seen sales offices emptying out and presale contracts getting canceled,” he said.

Ibrahim Babacan, chairperson of Babacan Holding, which works mostly with foreign buyers, said the new regulation was likely to lead to the cancelation of six of his 10 recent sales to foreigners.

“The customer buys the property with the aim of citizenship but when the appraiser reports a lower valuation, he cancels the contract,” he said, adding appraisers and builders often use different measurements in valuations.

The Express: British expats take note! The 10 countries that offer the best opportunities

Expats chose to relocate overseas for all manner of reasons, but along with life in a new country comes the opportunity to apply for citizenship. Those lucky enough to be granted a second passport can enjoy an array of additional opportunities associated with their new home nation.

Based on some of these opportunities, Global Citizen Solutions has launched its 2021 passport index.

Instead of just looking at visa-free access, this year researchers also took into account mobility, investment opportunity and quality of life offered by each destination to determine each passport’s “strength”.

Patricia Casaburi, managing director at Global Citizen Solutions explained that there was a need to develop a new citizenship ranking that went beyond travel mobility.

She said: “From feedback obtained via years of experience working directly with our clients, we realised that what really mattered for them when looking at a second citizenship was not only mobility but also lifestyle and investment opportunities. It quickly became apparent that the time was right to develop a passport index that took these factors into account, making a relatable, real methodology for comparing countries and their attractiveness for real-life choices.”

Brennon Nicholas, sales and marketing director at Porto Montenegro, said: “This programme offers an attractive option for investors to gain a foothold in one of the most magnificent parts of Europe, with no relocation or language requirements, no citizenship interviews and no need to renounce existing citizenship making it all the easier. We have been delighted by the success of the Citizenship by Investment Programme so far and, despite time constraints, we welcome final applicants to apply to be part of our international community on the Adriatic Coast before the end of the year.”

David Lesperance of Lesperance & Associates, once again, made a flurry of media appearances over the last week-or-so: