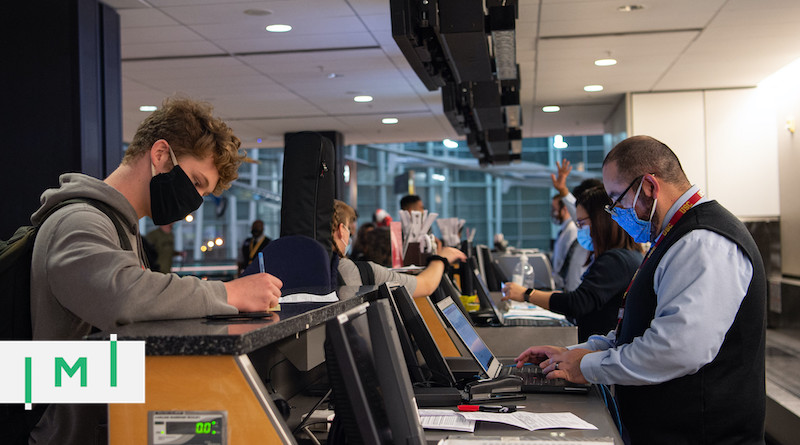 Prominent investment migration figures have garnered an unusually high degree of coverage in mainstream outlets over the past week in stories centering mostly on trigger-events in Hong Kong, the United States, and – globally – the pandemic.

Practitioners mentioned this week include:

Washington Post: The coronavirus is reshaping an old hierarchy: Who can travel where

Many of the privileges associated with highly valued passports are likely to weather the crisis, even if they have been put on hold, experts said. Visa rules, for example, are often based on long-term diplomatic and trade interests, said Paddy Blewer of Henley & Partners, a London-based consultancy that provides advice on citizenship and residencies.

South China Morning Post: Planning to leave Hong Kong? The best countries to emigrate to, how much migration can cost, and some possible pitfalls

Over the past week or so, immigration consultant John Hu’s email inbox has clogged up and his WhatsApp account has been chirruping non-stop. Since China announced it will impose a national security law on Hong Kong, more of the city’s seven million-plus residents than usual have been looking for an exit strategy.

“We have never been so busy – and I say that having been in this business for more than 20 years,” says Hu, a Hong Kong-born former IT professional who holds Australian nationality and runs his own migration consulting firm.

“There’s a mix of good reasons why people are looking overseas all of a sudden, including social unrest and safety. But they’re also weighing up the chance of a better education for their children, investment diversity – especially when the euro and Australian, Canadian and British currencies are low – experiencing a better quality of life, and taking into account the fact that Hong Kong is one of the most expensive cities in the world. And many people feel that while Hong Kong is a good place to make money, it is not necessarily a good place to live.”

“Asian countries’ dominance of the top spots is a clear argument for the benefits of open-door policies and the introduction of mutually beneficial trade agreements,” says Christian Kaelin, Henley’s chairman. “Over the past few years, we have seen the world adapt to mobility as a permanent condition of global life. The latest rankings show that the countries that embrace this reality are thriving, with their citizens enjoying ever-increasing passport power and the array of benefits that come with it.”

“I’d suggest gaining residency in a zero-tax country that won’t try to get its hands on the money you earn anywhere else,” says Andrew Henderson, an American-born entrepreneur who founded Nomad Capitalist, a firm that advises on offshore tax and income strategies. “It’s all about going where you’re treated best in a world where being a resident of a country often puts you on the hook for taxes on your worldwide income.”

Among Henderson’s suggestions are obvious candidates such as the Bahamas, British Virgin Islands and the Cayman Islands, as well as Monaco, which Henderson says “oozes sex appeal and sophistication”.

Robb Report: Pandemic passports are a thing. Here are countries that provide second citizenships through investments using brokers such as Arton Capital and Henley & Partners

Philippe May, managing director of Arton Capital, has also experienced the spike in interests from potential clients. “Many new clients have been thinking about a second citizenship for quite a while. Some want more mobility through visa exemptions, others want to protect their assets or reduce tax. The COVID-19 pandemic has accelerated the process of adoption of second citizenship by many wealthy individuals. Take for example video conferencing and webinars, these were already popular already before. The pandemic merely accelerated their adoption and transformed them into the new normal. It’s the same thing with economic citizenship,” he says.

Although having funds to buy multiple citizenships gives the rich an advantage in protecting their health and lifestyle, Kalin points out that the fees and taxes they pay are a source of much-needed capital for hard-pressed governments that now have to raise funds to pay for COVID-19 emergency economic bail-out programmes. “Take Antigua for example,” he says. “The country depends on tourism and now there is none. And there won’t be for some time. It needs fresh sources of funds. Citizenship by investment is one.”

City A.M.: The global mobility bounceback is closer than you think

Armand Arton, CEO of Arton Capital, pens an opinion piece where he argues that, pandemics notwithstanding, global mobility will soon return to its historic upward trend. He also hypothesizes that several direct consequences of COVID-19 may actually lead to greater travel freedom over the long run.

Given the current public health considerations, this is an opportunity for biometrics and health profiles to be at the heart of empowering greater freedom of movement for the individual and better control for border authorities.

This will really come into its own worldwide, and we predict that we will see 100 per cent biometric passports in the next couple of years.

New types of pre-arrival permissions and screening will also come into effect, as will the wider use of Electronic Systems for Travel Authorisation (so-called ESTAs). Mandatory sharing of health data and medical records will become the new norm.

The crisis that brought us to this point could also spur the widespread adoption of new technologies. At the heart of this lie secure systems, ready to be deployed, that match identity data in a passport with vaccine or Covid-19 test certificates.

Prominent Vancouver immigration lawyer Richard Kurland has been a critic of the way millionaire migration schemes were run in Canada. But he said “it is time to bring back an investor programme … because we need to find ways to pay for the economic damage caused by Covid-19”. Kurland said applicants should be made to file two Canadian income tax returns before receiving permanent resident status.

Quebec immigration lawyer Maxime Lapointe said there remained “a lot of appetite” for the QIIP, particularly from Hong Kong.

Lapointe said that QIIP immigrants’ retention in Quebec had recently increased. This could be further encouraged by initially giving QIIP immigrants only temporary status, conditional on proof that they were making a life in Quebec.

“My idea is to get the applicant a work permit so they can come to Montreal and start their life, then once they can show an address in Montreal, tax return in Montreal, proof of education of their child … then they would get the CSQ,” said Lapointe, referring to the Quebec selection certificate for immigrants.

Jean-Francois Harvey, a Hong Kong-based immigration lawyer, said he was surprised that Quebec still intended to revise the QIIP. “I thought they would have simply cancelled this programme once and for all,” he said.

Arabian Business: UAE-based Arab and Indian expats snap up US residency through Grenada

Sam Bayat, Dubai-based founder of Bayat Legal Services and an immigration consultant, says that pre-Covid-19, the “amount of access” a passport offered to many countries was considered valuable.

However, as global travel becomes more difficult and the threat of further pandemics looms, Bayat says that “residency” will be commoditised.

Bayat explains: “As business travel is decimated and people are now aware of the dangers of pandemics, people who can afford it will be thinking about how to get more residencies under their belt to prepare for any eventuality.”

Mohammed Asaria, the managing director of Range Developments, a luxury hotel developer that facilitates citizenship by investment in the Caribbean, says that while many people will not want to move away from the UAE, they will be increasingly keen to look at other options in the US. He has seen a 50 per cent upsurge in interest since the onset of the Covid-19 pandemic.

While several Caribbean islands offer citizenship, Grenada is the only one that can provide an E2 for the United States.

“Citizenship of Grenada provides the opportunity to access and migrate to the US, the world’s largest economy in a very expeditious manner, in addition to providing the insurance of a second citizenship in times of stress,” says Asaria.