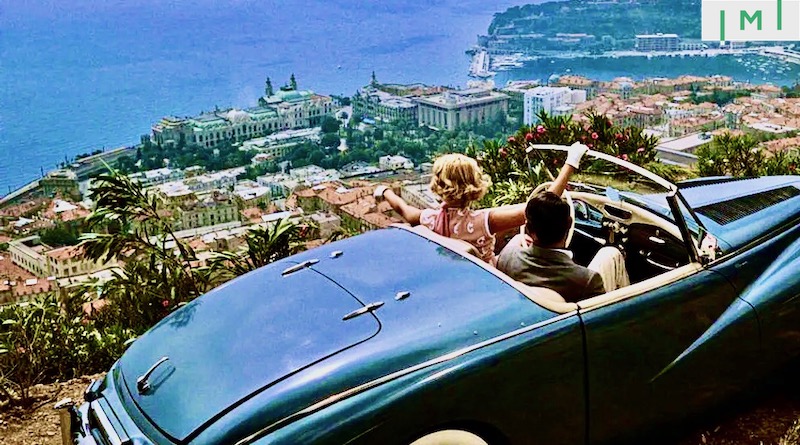 One by one, countries in Southeast Asia and beyond have begun telegraphing to people around the globe: If you’ve got money or a well-paying job, our doors are open.

“Malaysia sees what Thailand is doing and vice versa,” Philippe May, chief executive officer of citizenship advisory firm EC Holdings, said from Singapore. “I wouldn’t be surprised if Indonesia came out with something more solid. The Philippines may come up with new schemes, too.”

Earlier this month, global investment migration firm EC Holdings commenced operations with the launch of its headquarters in Singapore. According to its chief executive Philippe May, zero-Covid restrictions in Hong Kong may have added to the decision but the city-state would have been the preferred choice nonetheless.

«Even pre-pandemic, we would rather set up a global head office in Singapore than Hong Kong,» said May, who was also the former APAC head of Arton Capital, in a recent conversation with finews.asia.

Nonetheless, China remains a major market and May notes that demand is increasing as geopolitical tensions rise.

«What our clients have in common are passports that are not very helpful for travel. They often live in countries with weak legal systems and, sometimes, autocratic rule or ethnic tensions,» he explained.

«Russia is a good example. They landed in this war and now the people face the music and pay the price for what has been decided at the political level. You can be sure 100 percent that once China gets involved in military conflict with Taiwan, even more severe restrictions are likely to be imposed by Western countries on mainland Chinese. So, you know, people take precautions.»

CoinTelegraph – Possession of Bitcoin still legal in China despite the ban, lawyer says

One of the world’s most hostile countries toward Bitcoin (BTC), China has not yet banned the possession of cryptocurrencies, according to David Lesperance, founder of Lesperance & Associates law firm.

Crypto holders in China are protected by the law in case of theft, misappropriation or breach of a loan agreement, Lesperance told Cointelegraph. He emphasized that crypto exchanges are still banned in China.

“The court has upheld that cryptocurrencies like Litecoin are ‘property’ even though they are created in the virtual realm,” Lesperance said. He emphasized that the crypto community “shouldn’t draw any particular positive inferences” from the case as it was a “very ordinary” commercial loan dispute that was settled under normal property law rules, stating:

“To date, possession of crypto in China has not been banned. […] It does not make the commercial trading of this type of property legal, as the government has specifically banned crypto exchanges in China.”

Our societal dysfunction has progressed to the point where many well-heeled Americans are looking for an escape hatch. And David Lesperance’s phone is ringing off the hook.

Lesperance, whom I profiled for Mother Jones in 2017, is a Canada-born lawyer who has specialized in arranging foreign citizenships for extraordinarily wealthy people, from athletes and celebrities to founders, investors, and corporate bigwigs with assets ranging from about $25 million to $20 billion. He calls them “golden geese” because they pay an awful lot in taxes. (They manage to avoid an awful lot, too.)

Over the years, Lesperance—who now lives in Gdynia, Poland—has helped hundreds of ultra-high-net-worth Americans relinquish their US citizenship, usually in order to escape the long arm of the IRS. (The United States is the only country besides Somalia that imposes taxes based on citizenship, not residency.) Other US clients just want a contingency plan—a legal “go bag” containing an extra passport or two—that a family might deploy if the taxman ever gets too aggressive.

Lesperance and his frequent collaborator, Massachusetts-based attorney Melvin Warshaw, saw interest in their IRS-avoidance services surge in November 2020, after Joe Biden, who pledged to make America’s wealthiest families “finally pay their fair share,” defeated Donald Trump. They saw another spike in January 2021, when Democrats took the Senate, and again in March 2021, when Elizabeth Warren rolled out her Ultra-Millionaire Tax Act.

One would hope people who believe in good governance might stay around and fight the good fight. It’s not as though they are giving up, Lesperance says. “They’re sitting there saying, ‘I have a giant target on my back. So, yes, I’m gonna vote. Yes, I’m gonna join organizations and fund organizations to get voter registration. I’ll call that fire prevention,’” he says. “‘But I’m also gonna get fire insurance. And you know, depending on the outcome in the midterms, and what outcome comes in the general, I want to be able to bug out, and I want to take my family.’”

Last May, sister tokens Luna and UST lost all their value in a matter of days, wiping out at least $55 billion.

Crypto lenders and brokers Celsius Network and Voyager Digital filed for Chapter 11 bankruptcy due to their exposure to hedge fund Three Arrows Capital, which had invested heavily in Luna.

“Hot on the heels of the ‘Where in the World are the founders of Three Arrows Capital?’ mystery comes this week’s announcement by the Korean government that they have leveled a triple whammy against Do Kwon,” Lesperance said.

Hubbis – The Future of Residence and Citizenship — Sovereign States in the Metaverse?

Henley & Partners’ Nirbhay Handa explores the intersection of investment migration and Web 3.0 in an opinion piece in Hubbis:

To date, advisory firms have highlighted the myriad of benefits that residence and citizenship by investment programs grant high-net-worth individuals, including access to additional jurisdictions, top academic institutions, cosmopolitan business hubs, and lucrative property opportunities. Yet, as humanity transitions to a more virtual lifestyle where we can conduct business with like-minded forward-thinkers in the metaverse, attend Harvard online, and invest in digital real estate using crypto, sovereign states too must take the next step.

More than half of Africa’s total wealth is controlled by only three nations according to this year’s Africa Wealth Report (pdf) published by UK investment consultancy firm Henley & Partners in partnership with South African wealth intelligence firm New World Wealth.

According to the firm’s South Africa managing partner Amanda Smit, over the past decade, Mauritius was “the fastest growing wealth market in Africa in percentage growth terms, with growth of 74% between 2011 and 2021.” The island nation also has the highest wealth per capita in Africa of $34,500.

CNBC – These are the 10 wealthiest cities in the world — and five are in the U.S.

New York City is home to more rich people than any other city in the world, according to a new report by investment migration consultancy Henley & Partners.

Around 345,600 millionaires reside in the Big Apple, alongside 15,470 multi-millionaires who have assets worth over $10 million, 737 centi-millionaires (wealth of $100 million or more) and 59 billionaires, the report said. The financial center of the U.S. is recognized as the wealthiest city in the world by several measures.

“Countries such as Spain and Portugal also have an investment limit of €500,000, but especially the latter offers the option of obtaining citizenship, as soon as the investor completes five years from securing the residence permit,” notes Alexandros Risvas, head of the Risvas & Associates law firm specializing in investment immigration programs. According to him, it will be particularly critical how this change will be implemented in the program, given that there are many “open” sales during this time, which are delayed due to bureaucracy.

Peter Calabrese of CanAm Investor Services pens an op-ed for one of India’s largest English-language dailies in which he expounds on the wonders of concurrent filing under the US EB-5 program:

Because the Regional Center Program will not be implemented until May 15, 2022, investors from all countries can immediately make a direct EB-5 investment and file concurrently. Form I-485 is used to change the immigration status of eligible foreign nationals who are already temporarily resident in the United States. Foreign nationals staying in the United States on non-resident status may file Form I-526, and they should also apply for adjustment of status.

NDTV – US Scheme That Grants Green Cards Has Indians Lining Up

“It’s like people lining up for tickets at a movie,” said Sam Silverman, founder of EB5AN, an affiliate network that operates more than a dozen projects with presence in 20 states. “There’s a giant line with a limited number of tickets with a long wait, but then they just opened up two new showings with literally no one in line.”

The program’s restart comes as more wealthy Chinese are attempting to leave their home country or are looking for a backup plan. About 10,000 high-net-worth residents are seeking to pull $48 billion from China this year, investment migration consultant Henley & Partners estimates, while another 8,000 Indians are looking to leave. The two Asian nations are expected to have the biggest outflows of rich residents this year after only Russia.

High demand for the visas means cases of more Indian and Chinese investors who applied previously may not advance due to shifting cutoff dates, according to a Department of State bulletin earlier this month.

In an effort to address this demand, EB5investors.com organized its first event in three years in Vietnam last week, drawing hundreds of investors, migration agents, lawyers and capital seekers who set up booths advertising investment projects from Montana to Florida, said Ali Jahangiri, the group’s founder and chief executive officer.

“The attendance was probably better than we’ve ever had in the past,” Jahangiri said. “This thing had kind of been on hold, but the line has shortened.”

The program’s revival will be a boon for the US economy because, unlike investment visa programs in other countries, it’s focused on targeting job creation, particularly in less-developed areas outside of cities, said Miami attorney Ronald Fieldstone, who has handled EB-5 projects worth billions. “A lot of the interesting things are going on in rural areas,” he said. “It’s not just building skyscrapers.”

Eleanor Hui, founder of Hong Kong-based Global Life Immigration, said she’ll advise wealthy Chinese clients against applying for EB-5 visas given the backlogs, requirements for residents to report worldwide income to US tax authorities and restrictions on mobility while waiting for permanent residence. Alternative destinations such as Portugal, Greece and Ireland don’t have such drawbacks, she said.