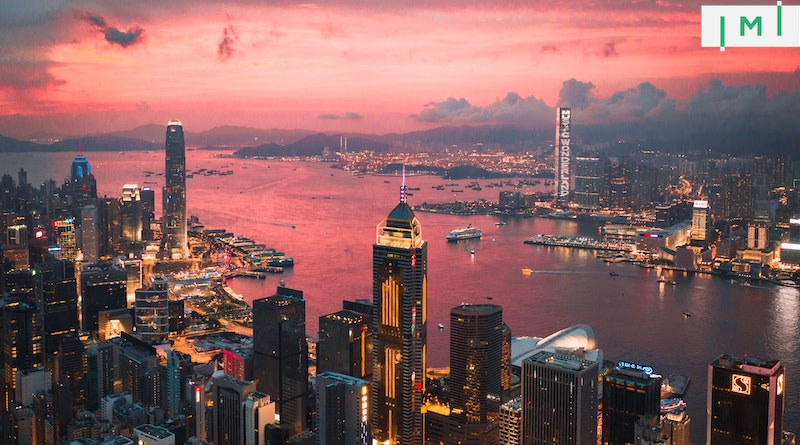 Investment migration people and companies in the news this week include:

As Risvas and Partners law firm head Alexandros Risvas tells Kathimerini, “several foreign investors who bought into the Greek real estate market in 2017 and 2018, are now choosing to transfer their property in order to capitalize on the capital gains created. In some cases of high-demand realty, the profits are significant.”

SCMP – Which are the best countries offering citizenship by investment?

Denise Ng, director of Henley & Partners Hong Kong, a global residence and citizenship-by-investment firm, agrees there has been “a marked rebound” in interest in investment migration from residents of Hong Kong and mainland China this year.

“Henley & Partners saw an 18 per cent increase in the number of web enquiries received in Q1 compared with the same period in 2021,” Ng said. “Last year, enquiries were subdued due to the pandemic, but based on what we have seen in the first months of this year, we expect the number of enquiries in 2022 to be similar to in 2019, our peak year for enquiries.”

“All the key metrics of the past are in flux,” she said. “Corporate tax arbitrage is coming under fire, and a proposed new global flat tax will change the pecking order of advantageous jurisdictions. And then of course there’s remote work, the now undeniable impact of climate change, fluctuating property markets and healthcare security to name but a few key considerations.

“Perhaps one of the key attractions of the Cayman Islands is that, in so many ways, it is a liveable location almost entirely geared towards international high net worth individuals,” explains Paul Williams, CEO of La Vida Europe. “Combine this with the tax efficiency benefits and once you have a place here you can stay as long as you like, avoiding any tax in Cayman on your worldwide income.”

Cayman’s programme requires a minimum investment of US$2.4 million into qualifying real estate. “There is no shortage of high-end, quality investments at this price level in Cayman either as stand-alone villas or apartments, or as part of a luxury five-star project such as the Grand Hyatt or Ritz-Carlton Residences,” Williams said.

He describes Hong Kong and the Chinese mainland as “a huge market” for this type of solution. It does not offer a second passport, though. To get that, investors looking at Caribbean markets would need to consider alternative programmes, such as those in Antigua, St Kitts or Grenada.

CNN – The world’s most powerful passports for 2022

A trio of Asian passports offer their holders greater global travel freedom than those of any other countries, according to a new quarterly report released by London-based global citizenship and residence advisory firm Henley & Partners.

Japan has pushed ahead of Singapore and South Korea to offer its citizens visa-free or visa-on-demand access to a record 193 destinations around the world, compared to the other two leaders’ 192.

“They’ve really hyped the price. It’s a really significant increase from what it was, three to ten million, to now five to fifteen million. […] IO think it’s really going to change the type and number of people who apply. Previously, the New Zealand programs appealed to quite a large number of very wealthy families; that ten million is really accessible to a large number of UHNWI families […] Asking people to invest at the 5-15 million mark into what is effectively riskier assets is just not going to appeal to the same number of people. And I assume the government knows that it’s going to thin out the number of people that can qualify.”

David Lesperance, managing partner of immigration and tax adviser at Lesperance & Associates, had a similar viewpoint.

“The U.S. bankruptcy courts have never dealt with an insolvency proceeding of a crypto company on the scale of Voyager Digital or Celsius,” he said. “Both companies, which operate lending businesses, are entering Chapter 11 bankruptcy with billions in both assets and liabilities. The realities for customers is just starting to sink in.”

Unlike with broker-dealers or banks, Lesperance said, these crypto firms have no established rules and insurance for customer funds if they declare bankruptcy.

“Bankruptcies take years to be finalized as they work through the major question of the priority of the creditors. In short who gets paid back, how much and in what order,” he said. “Customers will probably be considered unsecured creditors. This means that a bankruptcy court would pool customers’ funds as part of the bankruptcy estate, whereas customer accounts have to be kept separate in a stockbroker bankruptcy.”

Lesperance pointed to the case of the lending platform Cred which classified its customers as unsecured creditors in its November 2020 bankruptcy filing.

“Regulation is coming,” he said. “But it likely won’t arrive soon enough to provide relief in the Voyager or Celsius cases.”

Globe and Mail – It’s getting harder and harder to leave China, even as record numbers head for the exits

When Canadian-Chinese billionaire Xiao Jianhua was kidnapped from a hotel in Hong Kong in 2017, halfway across the world in Poland, David Lesperance’s phone started ringing.

Originally from Ontario, Mr. Lesperance specializes in helping wealthy individuals secure alternative passports and move their businesses and money overseas, out of the reach of potentially hostile governments. Or, as he puts it, “protecting your ass and your assets.”

For many rich Chinese, Mr. Xiao, who was worth an estimated US$4.5-billion when he was snatched, has become the ultimate cautionary tale.

He had moved much of his wealth out of the country, held both Canadian and Antiguan passports and avoided mainland China, operating instead from nominally autonomous Hong Kong. But in the end, none of this was enough to protect him from Beijing.

When the tycoon finally went on trial in Shanghai this month, Mr. Lesperance said he saw another spike in enquiries from wealthy Chinese wanting to avoid his fate, worried their own escape plans were equally not fit for purpose.