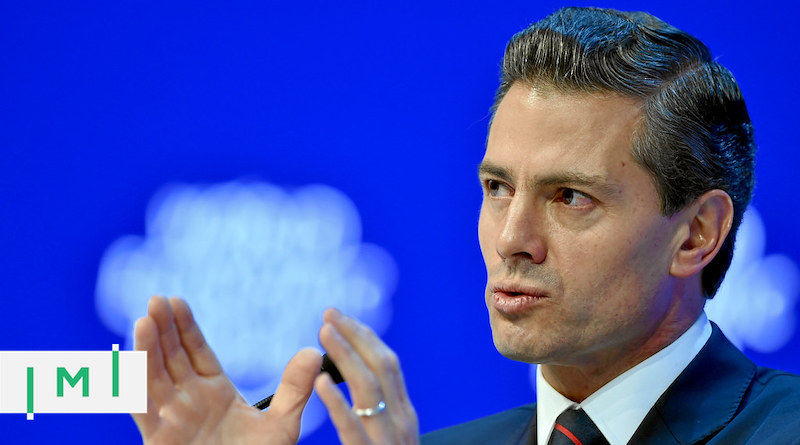 According to reports confirmed by El País, Spain’s most-read newspaper, former Mexican president Enrique Peña Nieto has settled in Madrid and has bought a “luxury apartment”, the acquisition of which qualified him and his family members for a Spanish golden visa.

According to “sources familiar with the case” speaking to the newspaper on condition of anonymity, Peña Nieto – who served as Mexican President between 2012 and 2018 – received an initial two-year, investment-based residence permit in October 2020.

Records from the Spanish property registry show Peña Nieto bought “business premises with a surface area of 105 square meters and an indoor patio” in Madrid’s upscale Chamberí neighborhood on September 18th, 2020 and that he paid the full amount upfront in cash (records showed no mortgages pertained to the property), as is required in order to qualify for a golden visa.

According to one of the neighbors, the commercial property has since been converted into a residential unit. Although building residents report hearing occasional dinner guests with Mexican accents on the interior patio, the property reportedly remains empty most of the time, as Peña Nieto doesn’t live in it himself. He has, instead, settled with his family in a villa in one of Madrid’s most exclusive gated communities, Valdelagua, a ritzy suburb some 20 minutes northeast of the capital, according to three unnamed sources. This property, however, is owned by a construction company, with no immediately apparent connection to Peña Nieto.

In early 2019, Peña Nieto denied (by way of a tweet) reports that his family had moved to Spain, insisting that claims he had bought or rented property in Madrid were “absolutely false” and that he had no intention of moving to Spain or to any other country:

Technically, Peña Nieto appears to have been telling the truth; He did not apply for a golden visa in Spain until about 18 months after his tweet.

Peña Nieto’s initial two-year residence permit will expire in October this year, following which he will be eligible for Spanish citizenship, thanks to the country’s expedited timeline to naturalization for the citizens of its former colonies (See: 750m People, From Manila to Medellín, Eligible for Spanish Citizenship After 2 Years of Residency). He could also renew his residence permit or simply allow it to lapse.

The country's golden and non-lucrative visas are among the world's most popular capital-based visa programs (See: The World’s 10 Most Popular Golden Visas in 2021: Preliminary Results). Spain approves in excess of 2,000 golden visas - and 50-60,000 non-lucrative visas - each year, according to the most recent data from the country's Ministry of Migration.