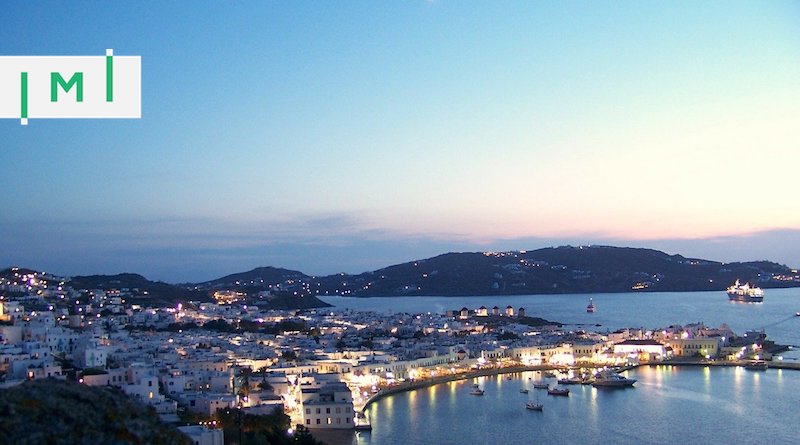 The recently opened Association of Chinese Investors in Greece estimates that their countrymen will spend between €800 million and €1 billion on Greek golden visas in 2020, according to announcements made during the Association’s inaugural event at the Athens Chamber of Commerce last Saturday.

Among the attendees was Nikos Papathanassias, Deputy Minister of Development and Investment, who later commented via Twitter that “we welcome them and wish them every success. Greece welcomes and supports investors.” The Association, reports AMNA, will meet with the Deputy Minister this to “discuss problems they face in the investment process”.

How realistic is the billion-euro projection?
Since 2014, the program has raised about €2 billion from 6,304 separate investments, the overwhelming preponderance of which (about €1.4 billion) came in during the last two years. Overall, 69% of approved applicants have been Chinese, which would indicate around a billion euros in overall Chinese investment so far.

But the Chinese proportion has also seen a steady and quick rise in the last two years; while as recently as in 2017 only one-third of all applications (cumulatively) had come from China, this share had risen to more than two-thirds in 2019, indicating that, on an intra-year basis, closer to 85% of applicants were Chinese that year. Indeed, experts say they expect the Chinese share to be around 75-80% in 2020, a relatively conservative estimate based on last year’s nationality distribution.

To calculate the capital Greece can expect to raise from Chinese investors, we need to know how much each applicant is likely to invest. While minimum investments are set at €250,000, reports from brokers and lawyers indicate the average acquisition price is in the €300,000-350,000 range.

Let’s presume Greece receives exactly the same number of applications next year and that the share of them that comes from China is 80%. Let’s further presume an average investment of €325,000. In this scenario, the total FDI derived from the 1,930 Chinese applicants would amount to about €627 million – not quite a billion.

But Greece’s application volume is not likely to stagnate in 2020; on the contrary, recent history leads us to expect continued upward momentum. Approvals for the residence visa have grown prodigiously over the last four years; from 422 in 2015 to 2,412 in 2019, a compound annual growth rate (CAGR) of 55%. Growth slackened somewhat between 2018 and 2019, but still reached an enviable 34% year-on-year.

How many Chinese applicants would Greece need to raise a billion euros? If they invest an average of €325,000 each, it would take 3,077 of them. If they account for 85% of all applicants, that means Greece would have to approve 3,620 main applicants overall or about 50% more applicants than in 2019.

50% year-on-year growth in applications is an ambitious target, no doubt. But the Greek Golden Visa’s recent track record is evidence that even the loftiest of expectations are not outside the bounds of reality.

Want to know more about the Greek Golden Visa program? To see recent articles, statistics, official links, and more, please visit its Program Page. To see which firms can assist with applications to the program, visit the Residence & Citizenship by Investment Company Directory.