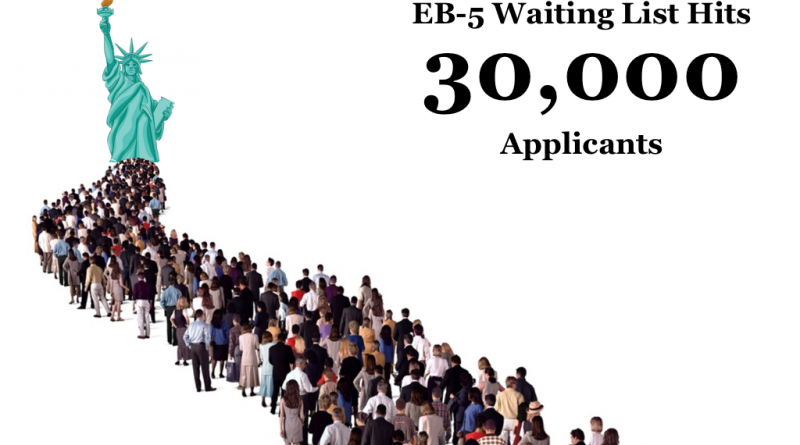 Statistics from the National Visa Center released last week show that, as of November 1st this year, 30,259 applicants were on the waiting list for EB-5 visas, 26,725 of whom (88.3%) were Chinese nationals.

At 2.2% of the total, Vietnamese applicants made up the second largest nationality represented in the queue, while Hongkongers and Indians accounted for 1.4% and 1%, respectively. 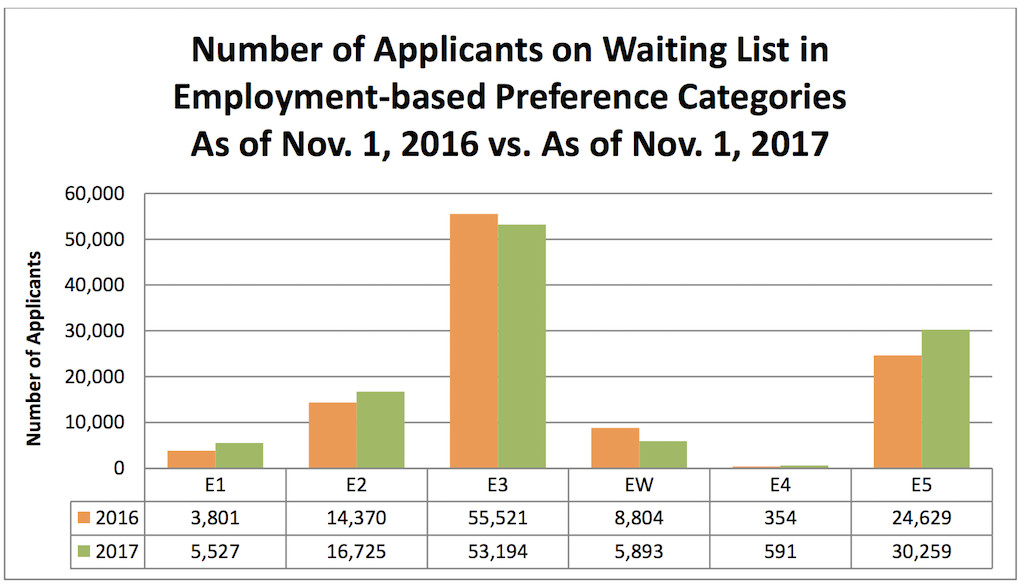 The waiting list has grown by 5,630 applicants since November 2016, implying a swelling of the backlog by nearly a quarter in the last year alone. At this rate, the queue would hit 40,000 sometime in the next 18 months.

While a backlog of over 30,000 may be unprecedented for the US EB-5 program, Canada had a backlog twice as big (also composed mostly of Chinese mainlanders) to contend with in 2013. That gridlock ended with the federal government in Ottawa closing up shop entirely by permanently terminating their immigrant investor program.

The EB-5 regional center program, which is long overdue for extensive reform, has been allowed to continue thanks to a series of short-term extensions since 2015, most recently a two-week extension that will expire on December 22nd this year.

Robert W. Kraft, President of Invest in the USA’s Board of Directors, the EB-5 industry’s largest lobby group, said during an interview with Investment Migration Insider that he expects the new bill on EB-5, when ready would go far in solving the “retrogression issue” – industry parlance for the EB-5 backlog – by allowing for the current annual applicant cap of 10,000 to expand to some 24,000.