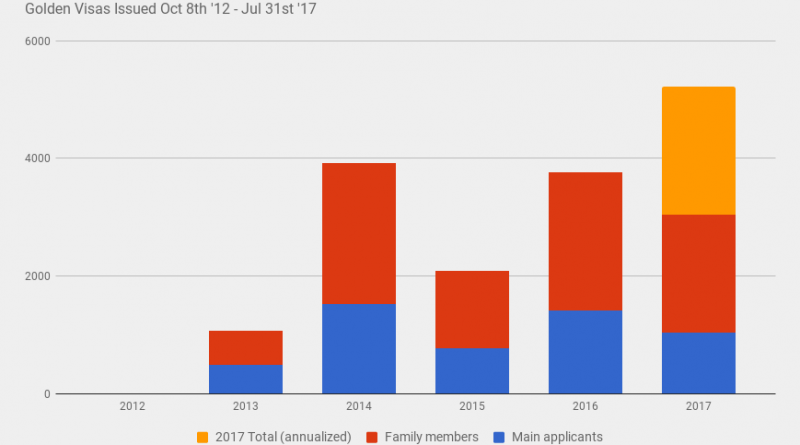 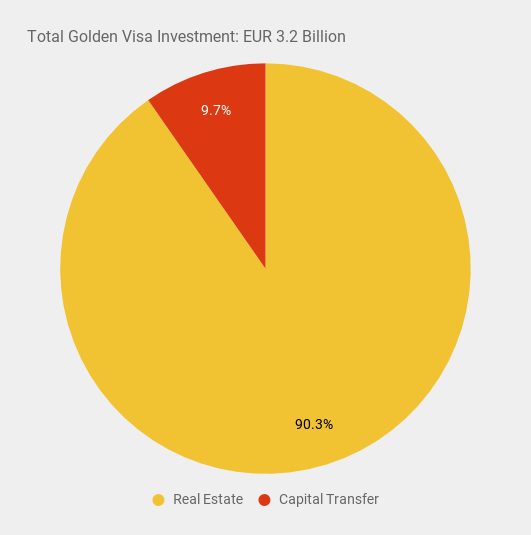 Portugal’s residence by investment program, popularly knows as the Golden Visa, has raised in excess of 3.2 billion euros since its inception in October 2012, figures from the country’s Immigration and Borders Service (SEF) reveal.

Already by the first seven months of the year, 1,041 investors – and 2,000 family members – had received golden visas, indicating 2017 could see investment and applicant numbers reach a total 26% higher than last year, and 17% higher than record-year 2014.

To nobody’s surprise, Chinese nationals continue to dominate the applicant pool, accounting for 3,472 (two-thirds) of the 5,243 golden visas issued since the program’s beginning. The second largest constituent, Brazilians, received 432 golden visas, while South Africans obtained 201. Through family reunification, another8,637 family members have obtained Portuguese residence permits during the same period. 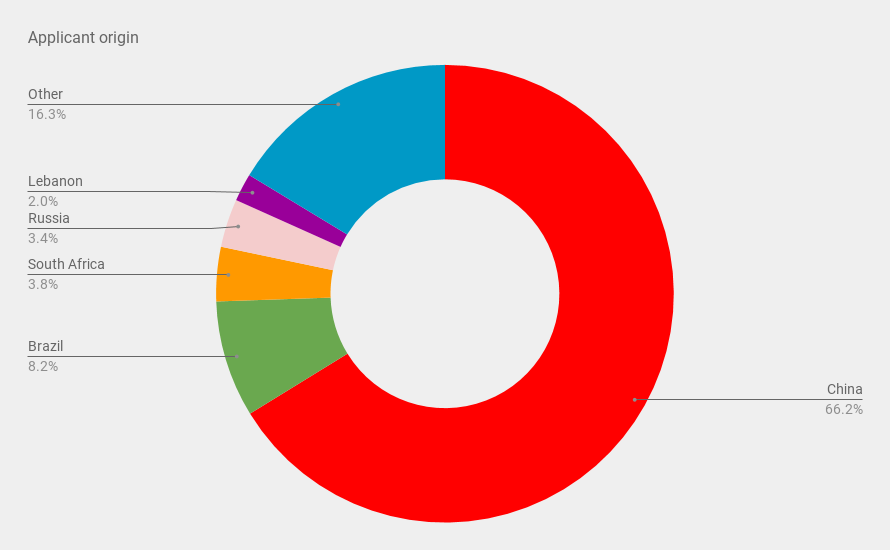 Unlike in Spain, where they account for almost as many applications as the Chinese, Russian investors obtained only 179 Portuguese golden visas, or about one 20th that of their Chinese counterparts.

Among Russians, Spain is far more popular than Portugal, but the opposite is true for the Chinese. Spain has issued four times more golden visas to Russians than the Portuguese, while the Portuguese have issued five times more to the Chinese than have their Iberian neighbors.