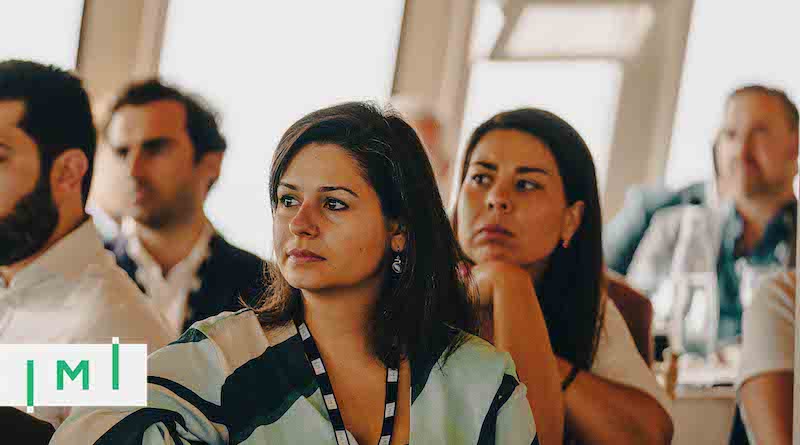 Portugal’s golden visa program is in a SEF-induced crisis that threatens to ruin the country’s reputation as a top destination for investment migration. PAIIR has been trying to engage the government for more than a year. Now, they call on support from industry peers.

As our IMI Club PRO members were alerted to earlier this year in our Private Briefings, Portugal’s Borders and Immigration Service, the SEF, hasn’t been accepting new applications (regardless of nationality) since December 2021, except for those filed under the (not very popular) job creation and cultural heritage investment routes.

The latter categories remain open for applications because they were not subject to any policy changes under the new rules. Categories that were subject to policy changes under the new rules are closed for applications because the SEF’s platform has not been updated to reflect the new regulations. Due to the reorganization of immigration responsibilities within Portugal’s government, neither the SEF nor the agencies slated to take over its golden visa work have taken it upon themselves to update the system.

The SEF has been destined for closure since October. Its responsibilities were to be transferred in part to the Agência Portuguesa para as Migrações e Asilo – APMA, which would handle initial golden visa applications, and the Instituto de Registro e Notariado, which would issue visa renewals and permanent residencies.

But the SEF closure has been postponed several times, and the transition of responsibilities to new bureaus was complicated by the general election (the new government was inaugurated only on March 30th) as well as protestations from the unionized workers at the SEF.

There is nothing to indicate the golden visa application suspension is a deliberate policy. Rather, the golden visa program, which represents only a small minority of the SEF’s overall responsibilities, has fallen victim to a bureaucratic and political impasse.

With each passing month, critical voices have grown louder. Last week saw a flurry of stories on the matter in the Portuguese press. So far, neither the SEF nor the ministries under which it sorts (precisely which ministry is responsible for the program appears an open question) has provided any material response.

Last week, representatives of PAIIR, the Portuguese Association of Immigration, Investment, and Relocation, revealed they have been working for over a year to engage the relevant authorities on the problems at the SEF (which started long before the 2022 application stop).

Vanessa Rodrigues Lima of VRL Legal and Sara Sousa Rebolo of Caiado Guerreiro & Associados, the founders of PAIIR, tell IMI they first began attempts to engage the government in February 2021, efforts they have intensified over the last year.

On February 4th, 2021, PAIIR sent a letter to the National Director of the SEF and the Ministry of Internal Affairs offering their assistance in “identifying problems, challenges, and solutions.” Receiving no response, they sent a follow-up letter to the SEF at the end of March, which also went unanswered. Also at the beginning of March, they sent a further letter, this time to the Ministry of Foreign Affairs. This too went unanswered, and PAIIR sent a follow-up letter to the Foreign Affairs ministry.

That broad-based approach did garner a response, but not much in the way of tangible results; on April 28th last year, the Ministry of Foreign Affairs granted PAIIR a meeting, during which the Ministry claimed that SEF matters were not within their competence.

On July 21st, 2021, the group received a response to its letter to the Ministry of Modernization and Public Administration: It, too, claimed it was not responsible for the SEF and redirected PAIIR to the Ministry of Internal Affairs.

A week later, the Ministry of Internal Affairs granted PAIIR an audience. Also present at the meeting was the representative responsible for government-SEF liaisons, who acknowledged being “aware of the general situation but dealing with more sensitive cases.”

In August and September, during the public hearing stage ahead of the planned SEF restructuring, PAIIR submitted multiple suggestions and concrete proposals to the government as to how it might manage the transition in a manner that would not unduly disrupt golden visa processing.

In December, recognizing that neither SEF nor the ministries ostensibly governing the agency would be prepared to manage the golden visa program once the new rules took effect, PAIIR, together with Caiado Guerreiro & Associados and several other law firms, submitted requests for an extension of the pre-2022 golden visa regulations until such time as an orderly transition could take place. Those requests fell on deaf ears and the result is the morass in which the golden visa program finds itself today.

“Golden visa was not a priority”

“Despite all the efforts, the response has been minimal,” laments Sara Sousa Rebolo in an email to IMI. She explains that the meeting with the Ministry of Internal Affairs and the SEF liaison officer made her and her colleagues realize “the golden visa was not a priority, considering the impact [at the time] of COVID, or even a well-known subject as regards the program’s specifics of processing […]”

Though the sorry state of affairs may appear the result of a Kafkaesque and bureaucratic procedure to outside observers, Sousa Rebolo says she believes the situation “does not result from a lack of will or interest on the part of the government but from a lack of knowledge of concrete data and of the importance of dialogue and transparency in the procedures and proposals.”

This dearth of familiarity with the program, even among the authorities supposed to govern it, requires “an independent and formal study about the direct and indirect economic impact of the golden visa program, one that can cover all sectors; not just the direct impacts on real estate sales and taxes,” insists Sousa Rebolo.

She maintains that showing the program’s benefits in the media is also of critical importance because the public’s perception of it is typically colored mostly by the negative news stories surrounding it that surface from time to time, even when the program is not the immediate cause of the problems highlighted in news reports, such as the lack of affordable housing in Lisbon.

As an independent, not-for-profit association, PAIIR is “in a position to gather the different voices of the industry,” comments Sousa Rebolo, and encourages Portugal golden visa stakeholders to become members and reinforce the group’s message.

Characterizing the current SEF crisis as nearing a point of no return, Sousa Rebolo remarks that the SEF’s and the government’s position on the matter “does not seem to take into account the interests of the Portuguese economy, entrepreneurs, foreign investors, or immigrants in general, since the problem is not limited in scope to the golden visa but also spills over into most categories of immigration.”

Prepared for legal action against the state

Pointing to Portugal’s rising star as a destination for productive migrants, Sousa Rebolo fears domestic squabbles will imperil the country’s competitive advantages in the global market for talent.

“[…] we cannot let internal and political struggles harm the sector that gives so much to the country because,” she comments, “despite the various arguments that make Portugal a destination of choice for investment and residence, we cannot ignore that other countries have competing programs.”

Should the government persist in its neglect of the program’s ongoing crisis, PAIIR is prepared to escalate the matter in the only manner available to them:

“Given the inertia of decision-makers and responsible entities, if they maintain this policy of non-openness to dialogue, there will be no other solution than to go to court in civil liability actions against the State.”