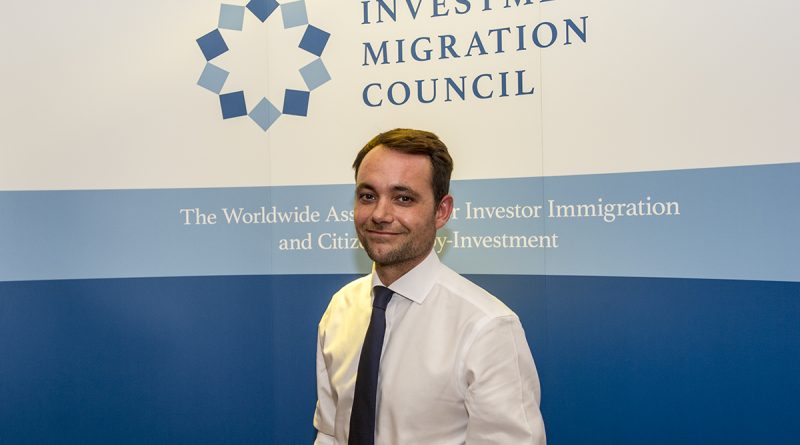 The Investment Migration Council (IMC) has issued a response to the OECD’s open consultation paper on “preventing abuse of investment migration programs”, published last month, in which the organization called for public input.

The IMC’s response is reprinted in full below:

The Investment Migration Council (IMC) is the worldwide association for investor immigration and is the self-governing body for over 300 members from over 40 different jurisdictions in Europe, the Middle East, Asia, the Caribbean and the Americas. The IMC sets the standards on a global level and interacts with other professional associations, governments and international organisations in relation to investment migration.

Additionally, the IMC helps to improve public understanding of the issues faced by clients and governments in this area and promotes education and high professional standards among its members.

We fully support the policy goals of the Common Reporting Standard (CRS) and welcome recent publication of the “Model Mandatory Disclosure Rules for CRS Avoidance Arrangements and Opaque Offshore Structures” (MDR) and support the OECD’s continued efforts to combat arrangements designed to circumvent the CRS.

We have had an opportunity to read in draft the submissions made by our members, in particular Henley & Partners, and agree with their recommendations.

Recommendations to prevent such abuse.

CBI/RBI schemes do not of themselves offer a solution to escape reporting under the CRS. The CRS is based on the tax residence status of an individual, in most cases CBI/RBI programmes simply confer citizenship or rights to reside in a jurisdiction and not tax residence status (point 6, Consultation).

We fully accept that some promoters deliberately market RBI/CBI programmes for the purpose of assisting individuals to engage in activities highlighted by Example 1 and Example 2 (points 8-15) of the Consultation.

We note that such activity may amount to a CRS Avoidance Arrangement within the terms of Rule 1.1(e) to the MDRs, and that such promoters may in future be obliged to disclose details of their activities to their local tax authorities. This we feel will go some way towards deterring such behavior in the future.

However, notwithstanding the above, we for our part intend to make amendments to our Code of Ethics and Professional Conduct ‘The Code’ (appendix A), to prohibit members from marketing RBI/CBI programmes that would or may constitute a CRS Avoidance Arrangement within the terms of Rule 1.1 of the MDR. Breach of the marketing prohibition would give rise to disciplinary action as laid out in our Disciplinary Rules & Procedures created to enforce the provisions of the Code of Ethics and Professional Conduct. Adherence to ‘The Code’ and compliance with the standards by IMC members is required, with the potential for Council Board sanctions against those who violate any Council regulations.

We recommend below a number of amendments to the current procedures, which we feel would materially support and strengthen the integrity of the CRS and provide a credible deterrent to individuals seeking to use RBI/CBI schemes to exploit the current weaknesses.

Use of TINs, Documentary Evidence

Sections III, IV and VII of the CRS sets out the procedures to be followed by Reporting Financial Institutions to identify Reportable Accounts held by individuals. Separate rules apply to existing (high and low value) and new accounts.

In the case of a new account, the account holder is required to provide a selfcertificate, whilst in practice a self-certificate has also been required in the case of existing accounts with a foreign indicia, as permitted by Section III B.4, C.5(b).

Although current procedures require Financial Institutions to reject a self-certificate or Documentary Evidence if the Financial Institution knows or has reason to know (objective standard of a reasonably prudent person) the self-certificate or Documentary Evidence is incorrect or unreliable. However, as Example 1 in the Consultation demonstrates, there is nothing in the current procedures to counter a case where an account holder simply omits to include all tax residence jurisdictions.

We recommend amendment to the current due diligence procedures to introduce a risk-based approach to the process of verifying tax residence status. Where an account holder seeks to rely on recently issued Documentary Evidence then a Financial Institution ought to treat the account as high risk and require supporting evidence of previous tax residence status, perhaps over the last 5 years. Recently issued Documentary Evidence may be such documents relied on as may have been issued on or after 29th October 2014, to align with the proposed effective date of the MDR.

In addition to the above due diligence procedures, with respect to high value (USD$1 million) individual accounts, the CRS requires, to determine tax residence, a Relationship Manager inquiry test to be satisfied. However, the test is that of the “actual knowledge” of the relevant Relationship Manager.

With respect to high value individual accounts the CRS (Section III C. 7) provides that a Financial Institution is not required to reapply the due diligence procedures on an ongoing basis, save for the Relationship Manager Inquiry test, where the Relationship Manager may simply verify an existing status, without having to confirm each of their responsible accounts on an individual account-by-account basis (OECD CRS Commentary, para 48, pg. 125). Ongoing monitoring of account holder status is therefore in practice reduced to an “actual knowledge” basis. The current procedures therefore make it difficult to expose or uncover an individual that has misstated their tax residence status.

Further, para 10, pg. 151 of the CRS Commentary, provides guidance to Financial Institutions that a self-certificate or Documentary Evidence is not rendered unreliable or incorrect where contradictory indicia is later discovered, this is purported to not of itself affect the standard of knowledge applied to a Financial Institution. Therefore, the standard of ongoing due diligence is further eroded and weakened.

We recommend reform of these provisions to provide for a positive duty to monitor, targeted to high risk account where recently issued Documentary Evidence has been relied upon to establish tax residence status.

Systemic Weakness: Use of Investment Entities

We also wish to bring to the OECD’s attention a structural weakness in the CRS which may exacerbate the inherent due diligence weaknesses identified above.

Investment Entities are further sub-divided between managing entities and managed entities. We note that in the case of an ordinary personal investment company, it is open to the promoters of the company to seek to establish the company as a managed Investment Entity, by simply allowing some discretionary management of company Financial Assets, all other CRS conditions being satisfied, the company would then qualify as an Investment Entity Financial Institution with the result that the CRS due diligence procedures would now be entrusted not to an independent regulated entity, such as a licensed bank, but instead to the very same individual that may seek to rely on a CBI/RBI to misreport his residence status.

We are of course aware that difficult policy decisions must have informed the current CRS rules, and that a balance needs to be maintained not to over burden Financial Institutions with compliance obligations. However, broader market participants might be excused in feeling concerned that they will ultimately be asked to take on a greater compliance burden than is fair given the current weaknesses of CRS due diligence procedures.

We would wish to bring to the OECD’s attention some of the genuine fears surrounding adoption of the CRS by residence of countries that are characterized, rightly or wrongly, by such organizations such as Transparency International, Global Witness and the OCCRP, as highly corrupt and which as a result may motivate individuals to seek to utilize CBI/RBI to circumvent the CRS.

In a wider context, we would encourage the OECD to review whether steps can be taken to strengthen the Confidentiality and Data Safeguards contained in the model form CRS Competent Authority Agreement to provide that implementing jurisdictions must enact or amend criminal statues to provide a specific data breach offence in relation to exchanged personal data pursuant to the CRS, and to provide for automatic suspension of an exchange relationship in the event of a serious breach of the Confidentiality and Data Safeguards.

We think it is important that the OECD seek broad support for the CRS initiative by showing sensitivity to the concerns of law abiding citizens that are genuinely concerned that data may be abused and that their personal safety will be put at risk.

The IMC believes that the introduction of mandatory requirement for the provision of a Certificate of Tax Residence issued by the competent Tax Authority in the jurisdiction in which the account holder claims tax residence should be conclusive evidence of the said tax residence of the individual.

We also echo the concerns expressed to us that current design features of the CRS due diligence procedures may be too easily circumvented and that the policy goals of the CRS may never be fully realised so long as the current rules remain. We strongly urge the OECD to review and strengthen the CRS due diligence procedures, particularly regarding ongoing monitoring of the status of account holders.