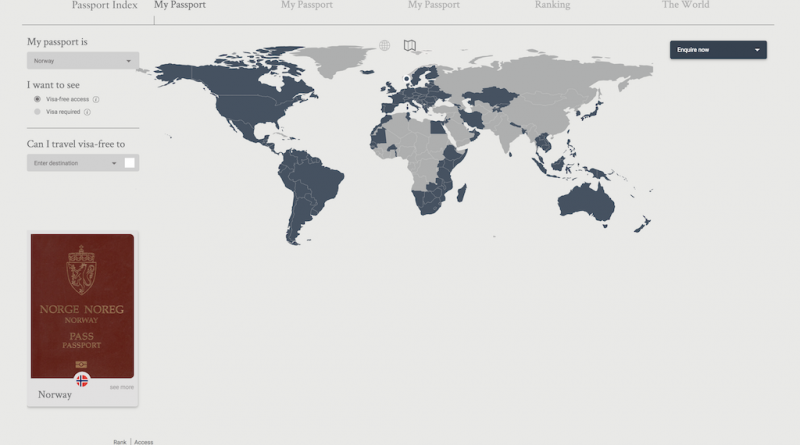 In an article earlier this year titled Index Mania: How to interpret the recent deluge of citizenship rankings, I surmised that, while Henley & Partners’ Visa Restrictions Index was the original citizenship ranking, Arton Capital’s Passport Index had grown to surpass its older sibling in popularity and functionality, and was now the leading such ranking. Back then, I wrote:

[the Henley & Partners Visa Restrictions Index] may have fallen victim to its own sobriety and lack of pizzazz: by design, the index is not flamboyant. It’s intended to be authoritative, not sexy. Perhaps as a result of its tremendous success in the early years and what many probably perceived to be an unassailable lead, the creators became complacent and stopped innovating. The format and content of the index changed only marginally from year to year and did not grow to include additional features. It’s not an interactive index, not something you stay around to explore for long.

The H&P VRI was our first and has always been right there, by our side, but as the years have gone by, it doesn’t tickle our fancy the way it did in days of yore. As a result, a growing number of media outlets and the inquisitive public have begun to fool around with a younger, hotter index: the Arton Capital Passport Index.

Henley & Partners had invented the wheel, only to fall asleep at it.

Well, it appears they took note, for Henley & Partners are now back with a vengeance, ready to reclaim the index throne that was once rightfully theirs.

The first thing to note is that the name has changed from the sober Visa Restrictions Index to the much catchier Heney & Partners Passport Index, a direct challenge to Arton Capital.

The second is that the index itself has undergone a functionality metamorphosis. Essentially, it’s become an interactive tool for comparing passports around the world, and the site now contains all the same bells and whistles as Arton’s, which you can see here.

With little to separate the two in terms of utility, competition for press coverage will now be the decisive factor in crowning a champion.

I would be remiss if I did not also mention that our friend Stephane Tajick – a regular contributor to Investment Migration Insider and head of STC – has revamped his own STC Passport Index, which relies on a different methodology altogether. Peruse the STC Passport Index here.