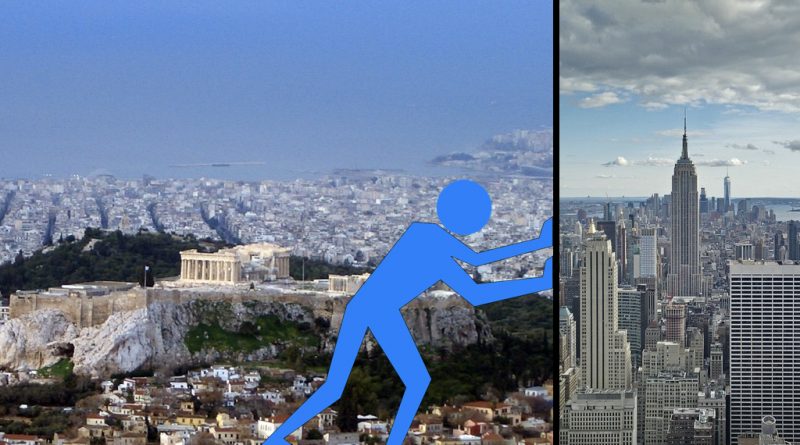 Since the suspension of Canada’s federal Investor Immigrant Program in 2012 (and its complete closure in 2014), the world’s undisputedly most popular golden visa has been the US EB-5 program.

That will change before this year is over.

Tiny Greece, which has a population of 11 million and a land area that equates to only 3% of that of the United States, has seen 3,154 main applicants and 4,969 of their family members receive residence permits under the country’s golden visa scheme in the first eight months of 2018, according to data from Enterprise Greece.

That’s a total of 8,123 or 1,015 per month. Extrapolating that trend through December 2018 shows that Greece will grant residence permits to more than 12,000 individuals (of whom more than 4,700 are main applicants) this year, surpassing EB-5 – which usually takes in about 3-4,000 main applicants a year (including dependents this means 10,000 individuals, as per the annual visa cap) – by a significant margin.

Since opening in 2013, Greece has granted golden visa residence permits to 8,593 main applicants and 12,504 family members for a grand total of 21,097 individuals.

You can see a more detailed breakdown of the program’s statistics by clicking the images in the gallery below.

Which factors have propelled the Greek Golden Visa program to such Olympian heights?

The China factor: Around this time last year, Chinese applicants made up 40% of applicants; they’re now approaching 50%. This indicates that not only is the Greek program becoming more popular among applicants in general but that the growth in interest is particularly strong in China.

Corroborating this theory is the observation that a rise in Chinese applications to Greece’s program has been accompanied by a corresponding drop in the same at other golden visa programs, chiefly Portugal: Where Chinese accounted for 81% of Portuguese Golden Visa applicants in 2014, last month’s SEF-figures showed only 29% of applicants in August this year were Chinese.

Another source of Chinese applications are the malcontents of the US EB-5 program’s retrogression predicament. However sweet the American Dream is to Chinese applicants, even they are not interested in waiting 15 years for it to come true.

Cheaper real estate: Although the market appears to have bottomed out (prices are virtually unchanged since 2016) residential house prices in Greece are still 40% below their 2009 peak. Compare that to Portugal – Greece’s biggest golden visa rival – where housing prices are now about 20% higher than in and have grown by nearly 40% since its golden visa program started to gain traction in 2013 (see comparison image).

Greece offers the same as Portugal – residence permits in an EU and Schengen country – at half the price. Sure, you can invest less than 500,000 in Portugal, but only if you agree to buy property designated as in need of restoration (EUR 350,000) or by putting your money at risk by funding a venture of cultural significance (EUR 250,000).