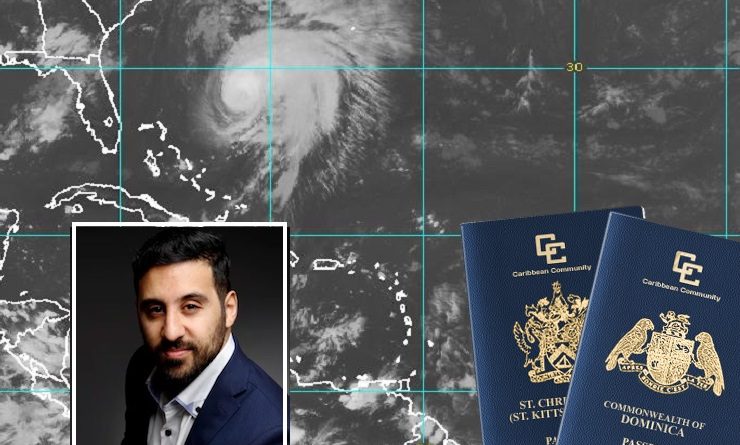 This year has been particularly destructive for the Caribbean, with two devastating Category 5 hurricanes sweeping in from the Atlantic. Until the arrival of Hurricane Matthew in 2016, close to a decade had passed since the terrible years of 2003 to 2007, when eight Category 5 hurricanes destroyed everything in their wake. Hurricanes have a history of causing multiple deaths and millions of dollars of destruction.

Dominica was hit severely by Hurricane Maria, and an estimated 90% of the country’s structures were damaged. The primary hospital was destroyed, and damages are estimated to be in the hundreds of millions of dollars.

Irma is said to have destroyed 95% of Barbuda, and caused an estimated 215 million USD in damages. The hospital, schools and the airport were destroyed or rendered inoperative.

St Kitts & Nevis, St Lucia, and Grenada were all hit – fortunately, not in a major way – but St Kitts & Nevis were less fortunate and suffered an estimated 20 million USD in damages.

Many jurisdictions suffered extreme damage from Irma. Damages are reported to be in the billions in St Martin-Sint Maarten, St Barth, in the Virgin Islands, Cuba and Puerto Rico.

When you look at national debt burdens, you notice that even the pre-hurricane situation was not rosy. Antigua & Barbuda and Dominica’s debt levels are bound to rise following the disaster. With tax revenue almost certain to fall in every jurisdiction severely hit by hurricanes, CBI cash relief will be vital to keep government services alive.

Insurance will cover certain damages, but the loss of revenue for the governments of Dominica and Antigua & Barbuda will be significant. Both will possibly experience a halt in demand growth for their CBI programs; both experienced growth in the last few years, and in 2016 they were the most popular CBIs in the Caribbean. Both nations will seriously need the cash that CBI injects. Natural disasters like this give ammunition to CBI backers, as disaster funds are necessary to help these tiny nations recover from the cataclysms. There are humanitarian reasons for the EU to maintain its visa-free policy towards them.

The situation was already becoming stressed in 2016-2017, with new CBIs appearing, renewed competition from Grenada and price undercutting from St Lucia. With Montenegro expected to make a big bang, will the overall demand for Caribbean passports suffer? Infighting from within might be the biggest threat to them, as the need for donations will naturally be very high from Dominica and Antigua & Barbuda. St Kitts & Nevis have been experiencing a slide in demand due to competition, and recently introduced a new $150K CBI donation option that outraged Antigua & Barbuda and Dominica.

All this stress presages the specter of a race to the bottom if the Caribbean countries don’t form a cartel, or to put it politely, come to “a neighborly agreement” on price. Although their products are very similar, some differences would create inequalities if they all were identically priced, as we established in our 2017 Government Report. Furthermore, for countries like Antigua & Barbuda, who are heads and shoulders above the rest in terms of demand, it might not be in their best interest to share the spoils.

It will not be easy, to be sure; but growing competition from abroad leaves very little room for those who don’t want to collaborate. With Moldova already having modified its citizenship law to accommodate a CBI and the whole Balkan region rumored to be contemplating doing the same, the Caribbean CBIs might be about to face a hurricane of competition as well.

It’s time for the Caribbean CBI nations to get smarter and evolve or risk extinction. Some of these programs will either be forced to shut down or see their returns diminish significantly. Geographically, they are located far from the demand, with very little coming from their own continent. If they don’t see the threat of Eastern Europe coming, they won’t be able to adapt. They are truly at a crossroads: turn left and become more selfish and predatory, or go right and be patient and calculating. The choice seems simple, but it’s not.

First, it would require everyone to get on board. Second, they would need to find a fair way to index the revenue according to time and events so everyone gets a fair share. And it’s probably that definition of “fair share” that will be the most difficult to establish in light of the natural disasters and, especially, political change. A new party might take power after running on a platform saying the current CBI deals are unfair to their nation and promise to put their country “first”.

The Caribbean nations already collaborate on many issues, meaning that collaboration on their CBIs is not something out a sci-fi novel. It might obviously require help from a third party that has no conflict of interest, one that will help to create an economic development plan that goes beyond the simple standardization of CBI programs and creates guidelines for other Caribbean nations that choose to introduce a program of their own in the future.

In business, cartels are known to be detrimental to consumers. In advanced economies, there are regulations in place to ensure competing firms within an industry don’t collude on price. However, when this practice involves countries on the world stage, no one will step in to dismantle such a cartel. On the contrary: others might replicate it to create more balanced competition. A Caribbean CBI cartel would be the first such cartel, but probably not the last. If CBI programs were to become popular in the Balkans, these countries could well follow suit. A Pacific CBI cartel could also take shape, as a few tiny nations there have had a CBI program in the past.

The role of the Residence & Citizenship industry will be key to advise and provide a certain degree of neutrality to ensure these negotiations remain impartial. Economic sense dictates that a Caribbean CBI cartel can only strengthen the performance of the existing programs. The real question is, when? Now would be the best time, but if tensions remain high due to continuous undercutting of prices, it might have to be delayed until all the parties are so desperate that they’re willing to forget the past. But at that point, they might have already lost.