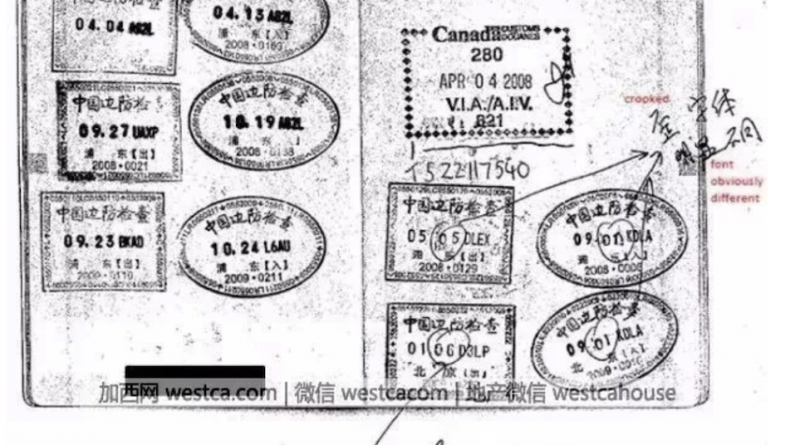 Of the 15,237 individuals slated for deportation from Canada, 2,066 are Chinese nationals. While the number of persons repatriated from Canada this year has fallen to a record low of 7,364, down from nearly 19,000 in 2012, the number of Chinese citizens deported has risen seven-fold since last year, according to a story in 狮城印象. 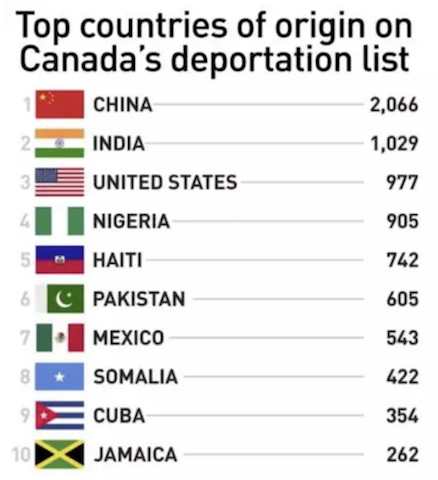 The cause for this singular rise in deportations of Chinese, says the article, relates closely to a historical visa-fraud case that concluded last year, in which Wang Xun, a Vancouver-based immigration consultant who helped 1,200 Chinese nationals obtain permanent residence and citizenship in Canada by forging entry stamps, pay slips, school letters, and lease agreements in what’s been described as an “industrial scale” visa fraud operation, was sentenced to seven years in prison.

Canada’s immigration rules stipulate that, in order to obtain permanent residence in Canada, a person must have resided in the country for four out of the last six years, a policy referred to colloquially in China as “移民监” (yiminjian), or immigration prison. Many Chinese investor immigrants in Canada, while wishing toobtain the security that a permanent residence permit in Canada offers, do not actually intend to reside in the country, but rather to continue working in China and perhaps only send a spouse and children to Canada.

In order to circumvent Canada’s “immigration prison”, some 1,200 Chinese availed themselves of the services of Wang Xun, who would take receipt of their passports in Canada, send them by courier to his centers of operation in Qingdao and Shanghai where teams of highly trained forgers would expertly doctor the stamps in the passport to make them appear as if the bearer had been present in Canada when, in fact, they had been on the Chinese mainland. 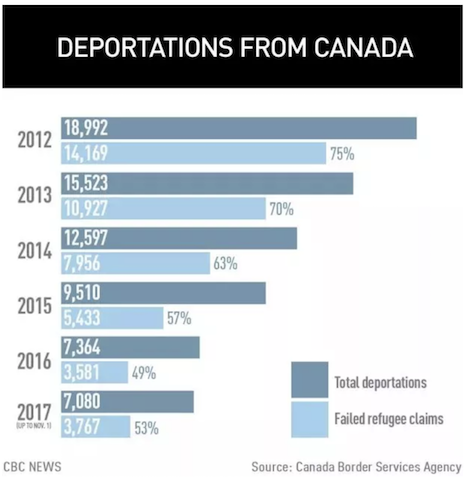 Wang Xun’s operation was a virtual carbon copy of a Canadian customs office that was seamlessly integrated with the head office in Vancouver and more efficient than an actual customs office.

Wang also assisted with the forging of various other types of supporting documents, the most egregious example of which were the fake pay slips he provided, which posted salaries so low that the Chinese immigrant investors (who, mind you, had previously forked over some CAD 800,000 apiece for their investor visas and had demonstrated a net worth of CAD 1.6 million) were able to file for tax exemptions and social benefits intended for the working poor, wrote the South China Morning Post last year.

From 2006 and until his initial arrest in 2014, Wang made some CAD 10 million through his unlicensed, Richmond-based firms Wellong and NewCan, the Provincial Court of British Columbia found.