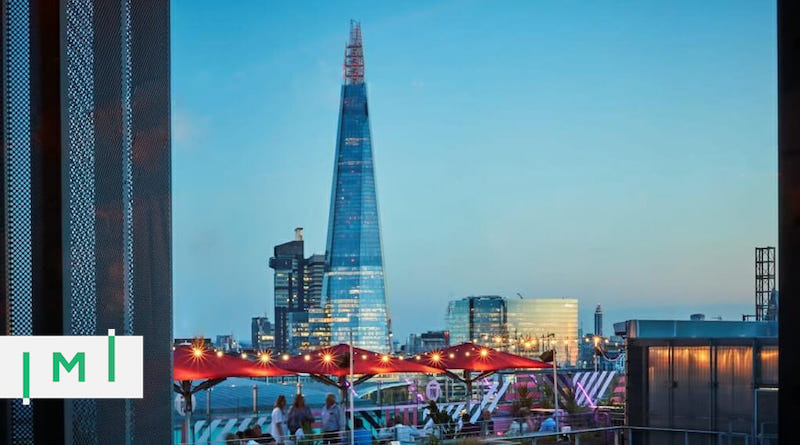 Since its inception, the UK’s Tier 1 investor visa has only been available to third-country nationals; those from outside the European Union, the European Economic Area, and Switzerland. Citizens of those countries, of course, have had the right of settlement in the UK anyway and, as such, had no need for residence permits in the country.

As the UK leaves the Union, however, that will change. As EU/EEA/Swiss nationals no longer have any automatic right to live Great Britain (nor, indeed, Northern Ireland), the market for Tier 1 investment in Europe will open up.

The British Home Office has now clarified the new rules on immigration. After the Transition Period ends on December 31st this year, French, German, Norwegian, Icelandic, and other citizens who previously received preferential treatment effectively become third-country nationals, which means they will be treated – at least for immigration purposes – no differently than Chinese, Saudi, or Russian nationals. The only exception is the Irish, who will continue to have freedom of movement in the UK.

EU/EEA/Swiss citizens will need visas to work, reside, or study in the UK will all need visas.

This also means that the UK Tier 1 investor and innovator visas will be available to EU citizens. To obtain a Leave to Remain or Indefinite Leave to Remain on the basis of an investment, Europeans will henceforth have the same opportunity to participate in the Tier 1 program as ordinary third-country nationals by investing a minimum of GBP2 million.

But will they want to?

A new market for investment migration
Investment migration service providers, who are heavily geared toward third-country nationals – those from China, Southeast Asia, former Soviet states, the Arab peninsula, and so on – will now see an entirely new market open up. How consequential is that?

Europeans, in addition, have had extremely high degrees of settlement freedom by virtue of their memberships in the EU/EEA.

In other words, demand for investment migration is – relatively speaking -much lower in these regions because the circumstances that would give rise to it are largely absent.

This is now changing for Europeans.

What American investment migration trends can tell us about future European interest in the UK Tier 1 program
Americans have great travel freedom but, having not been members of the EU/EEA, Americans have never had the automatic right to settle in the UK. Starting next year, Europeans will be in the same situation; they will have great travel freedom, but no settlement rights in the UK. The level of American HNWI interest in the UK Tier 1 program, therefore, should have some predictive validity on what European demand for the same will look like in the coming years.

In 2019, Americans accounted for 7% of all Tier 1 investor visas, a proportion surpassed only by the Chinese and Russians. And remember that Americans are much farther away from the UK than, say, the French. It’s not unreasonable to expect that the relative demand for Tier 1 visas among European HNWIs will be 5-10 times that of Americans.

Europe (excluding the UK) has about 11.2 million millionaires. That is more than China, Russia/CIS, the Middle East, Africa, and Southeast Asia combined. While only a small minority of Europe’s HNWIs will be interested in the UK Tier 1 program, that will still be an enormous number of applicants in absolute terms.

Is the UK, then, poised for a massive influx of European wealth? Research data indicates that the answer is a resounding ‘yes’.

In the next five years however, Knight Frank’s estimates – which are based on thousands of interviews with millionaires and their advisors from all around the world, as well as hundreds of thousands of data points – indicate the UK’s HNWI population will grow by a staggering 67% to 3.73 million, a growth rate three times as fast as in the five years preceding it, and a faster clip of expansion than all other countries except India and Malaysia.

That enormous increase in the UK’s high net worth population can only come from two sources; UK nationals getting drastically richer, or drastically higher numbers of rich foreigners moving to the UK.

While the UK may well experience many economic benefits by leaving the EU (through unilaterally negotiated trade deals or independent fiscal policies, for example), it is unlikely to experience a tripling of its economic growth rates. And that should give you pause, for it means the world’s foremost authority on wealth mobility data believes the historically unprecedented rise in the UK’s millionaire population will largely come from abroad.

And not from “third-countries” but from the EU. We can infer that from the observation that the UK’s millionaire population never drastically jumped to this extent in the recent past, even as emerging economies grew at double digits. The only thing that has changed materially is that the UK has officially left the EU.

Further backing up that hypothesis are the results from Knight Frank’s Attitudes Survey, based on responses from 620 private bankers and wealth advisors managing more than US$3.3 trillion of wealth for HNWI clients.

The same is true for residential property acquisitions, which means millionaires from around the world – and, notably, Europe – are actually planning to at least spend more time in the UK.

Europe’s “shining city upon a hill”
The UK leaves the Union under the stewardship of the Conservatives, who voters dealt a decisive mandate in December. They will continue to offer the world’s wealthy very attractive terms for relocation to the British Isles; non-dom status, common law, secure property rights, and – probably – lower taxes than most Western European countries (and certainly lower than France). The UK has been an attractive destination for millionaire relocation for hundreds of years; now at liberty to determine her own regulations and tax rates, she will make herself more attractive still.

And with that, Europe, which has been little more than a footnote in the plans of global investment migration firms, will become a much more significant market.

These firms may also find that they prefer European clients to those from third-countries simply because they are more easily processed. Well-known are the challenges of obtaining birth certificates in China or tax records in Myanmar. European countries, however, have conformity of standards on everything from KYC/AML to property cadastres. As Dr. Kristin Surak – a scholar on investment migration at the University of London – puts it in the Wealth Report:

“For wealthy people from the global south, accounting practices and legal relationships may involve a lot more playing in the grey,” she says. Europe and North America prefer to “make sure all the i’s are dotted and t’s are crossed. But some countries simply don’t operate this way. It’s easy for Europeans, for example, to say here it’s all nice and clean, and the way they do it is corrupt, but it doesn’t break down so easily as that.”

As the continent’s affluent eye an economically and fiscally freer jurisdiction in which they no longer have automatic residence rights ust a stone’s throw away, we expect 2021 to be the best year on record for the Tier 1 program.