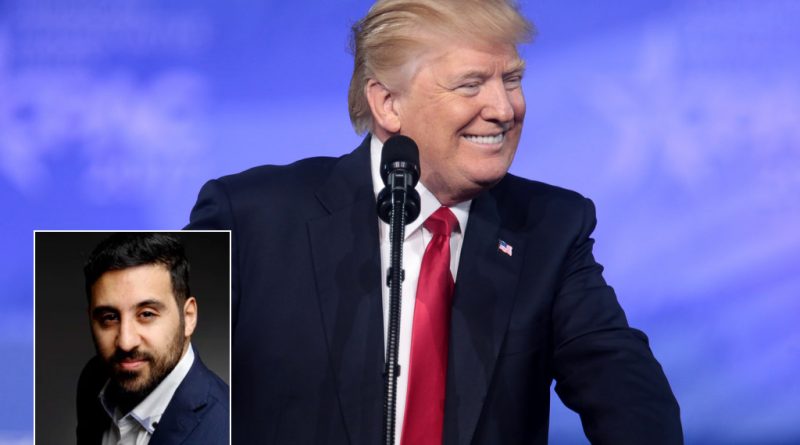 Congress has given its final approval to the House and Senate conference committee agreement on tax reform legislation (HR 1), a bill that brings the widest change to US tax policy in 30 years. The reform will affect corporate and personal income tax, and replace the dreaded “worldwide taxation” policy with a 100% dividend exemption territorial system.

To understand how the HR 1 bill may impact the EB-5 program, let’s first look at some key changes to business and personal tax policy:

The US boasts the highest corporate tax rate among the world’s developed countries, which is ironic considering its image as a bastion of liberty.

In New York City, the corporate tax can hit a rate of 50% when State and City rates are added. The reform will permanently reduce the federal rate from 39.6% to 21%. Certain business deductions will be limited with the new reforms and the Corporate AMT (Alternative Minimum Tax) will be repealed by 2018.

The changes will also create a 20% deduction for the non-wage portion of “passthrough entities” income. Dividends earned abroad will be tax exempted, but additional provisions will be put in place to safeguard the US tax base from erosion.

At the federal level, the reform will lower the top personal income tax rate slightly, from 39.6% to 37%, and revise the brackets (as shown in the table below). Certain deductions will be repealed and, while the Conference Agreement would maintain the estate, gift, and generation-skipping transfer taxes (currently at a 40%), the exemptions on these taxes would double from $5,600,000 to $11,200,000 per person. These changes are not permanent and could end in 2025 in the absence of an extension.

What it means for the EB-5 program

While the tax reform has no direct impact on EB-5, the time and energy Congress devoted to the HR 1 bill relegated work on the planned EB-5 reform to the backburner while tax reform took center stage in 2017. For the EB-5 not to loose any “panache” next to the economic development package offered by the tax reforms, it will need to highlight its contribution to the targeted-areas with high unemployment, places that are unlikely to receive most of the gains from the HR1 reforms.

As can be expected, businesses incorporated in the US will see their tax liability reduced, with a much lower corporate tax rate and no tax on corporate foreign dividends. For the EB-5 investor, those changes mean a slightly lower income tax rate and the doubling of the deduction on estate and gift taxes.

1.Tax ahead for the wealthy EB-5 investor

Following the tax reform experts remain divided, with some expecting the US to finally move to a residence-based taxation system (rather than one based on citizenship) by the end 2018. Others see such changes as a direct contradiction with the effort to reduce tax-base erosion.

For the EB-5 Investor earning his income from abroad, there will be no changes to the exclusion for foreign earned income, which is set at $102,100 per person this year. Before the tax reform, business people could set up a foreign corporation to defer their earnings above the exemption amount in the company indefinitely. But the new tax bill puts an end to this.

A one-time repatriation 15.5% tax is applied to funds held by foreign companies owned by Americans. The only solace is that it can be payed over the course of 8 years. This could have serious implication for the foreign UHNWI about to apply for US citizenship, leaving them primarily with one option: transfer ownership of their company to their spouse; a foreign non US-resident spouse that is. US taxation was already a repellent for the UHNWI looking at the EB-5; this new tax reform just made it worse. Don’t be surprised to see wealthy EB-5 investors dropping out of the queue.

The tax cuts to businesses will lead to more money floating around with people looking actively to put that money somewhere. This will ease access to capital, which in the US is pretty loose already. This combination may be enough to make the US the country in the world where businesses and ventures have the easiest access to capital.

Obviously, that flow will not be consistent across the country; Where Wall Street and Silicon Valley could see a deluge of capital, places like Little Rock, Arkansas could expect only a trickle.

Importantly, if money is floating freely around for any decent venture, where does that leave EB-5 financing, with all its accompanying headaches? Regional Centers might have to turn to riskier projects which, in turn, could lead to lower success rates in EB-5 funded projects. In that scenario, the percentage of applicants failing to get their unconditional Green Card will increase. But attention, this can be curbed if the Federal Reserve increases its rate to offset the tax reform. It will enable the EB-5 loans to remain competitive on the market and in a healthy economic environment, could lead to more success rates in projects.

3. Rise of the US Dollar

Our first instinct is to estimate a gradual rise in the value of the dollar. If the Joint Committee on Taxation is to be believed, a 0.8% increase to GDP due to the tax reform would attract significant foreign investment. In addition, US companies would be more inclined to repatriate funds from abroad. Whether or not the $500,000 minimum investment is to be raised, the rising value of the dollar would make EB-5 relatively more expensive. The demand from applicants from countries with weak currencies will be affected.

We expect the rich to get richer with the new tax reform. That will lead places with high concentrations of wealthy people to see their purchasing power increase rapidly. In an area like Manhattan, expect quite a few people to look for upgrades to their accommodation. This might last just a few years until the market readjusts itself, but we could expect prices to rise to absorb the increase in purchasing power.

And, as we know, if property prices go up, the cost of pretty much everything is bound to go up too. The EB-5 Investor settling in New York, Los Angeles, and other in-demand cities can expect rising property prices or, for those arriving shortly, a nice increase on the value of their property in the not-so-distant future.

5. The US growing in status as a tax haven

In 2010, the US passed the Foreign Account Tax Compliance Act, which demands foreign financial institutions report to the IRS the assets and identity of possible US taxpayers. FATCA enforced compliance from the world’s tax havens, by threatning to shut them out of the US financial system. More than 100 countries agreed to the terms, expecting the US to reciprocate by sharing information on foreign taxpayers present in the US.

But the US never did, because a Republicain Congress repeatly rejected the Obama administration’s changes to the tax code. While the rest of the world has become more transparent to please the US, certain States like Delaware, South Dakota, Wyoming and Nevada remain as opaque as ever. You can open a trust in one of those states and their banking laws will entitle you to secrecy from the US tax authority and everybody else, including your country of origin.

The Trump administration does not seem interested in closing the loophole, and as long as the Republicans control Congress, investors look safe to hide their money in anonymity. This makes US residence more attractive which, in turn, bodes well for EB-5.

For an extensive overview of the changes brought by the tax reform, please see PriceWaterhouseCoopers’ chart.