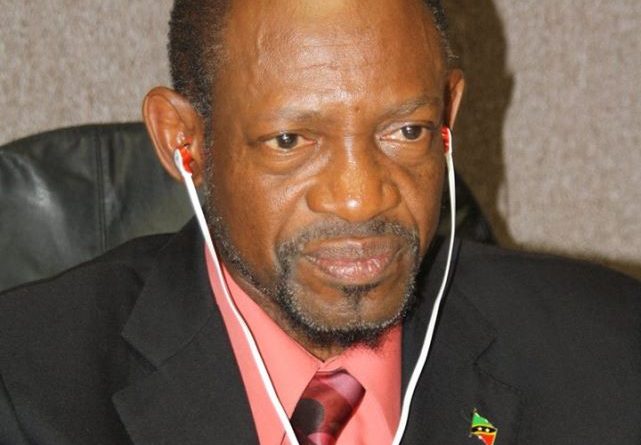 Denzil Douglas, former Prime Minister of Saint Kitts & Nevis and current leader of the island’s political opposition, on Tuesday, expressed concerns that money remitted to the recently established Hurricane Relief Fund will be used to finance the re-election campaign of Prime Minister Timothy Harris, and that the Public Accounts Committee must be given oversight.

His mistrust of the Fund and its administrators was echoed by political activist Austin Edinborough, who pointed out that the verbiage employed in the Statutory Rules and Regulations No. 14, which PM Harris signed on October 2nd, left the fund open to abuse.

The document states that “There is hereby established a Fund to be known as the St. Kitts and Nevis Hurricane Relief Fund and the Fund shall consist of (a) all monies contributed into the Fund for the purposes of an application for Citizenship by Investment.” Edinborough highlighted subsections B and C which state, respectively, “any monies donated or contributed by any other source into the Fund” and “any monies derived from any other source and placed into the fund.”

Douglas warned public servants to not get involved in any illegal abuse of the Fund, saying “I can say to you categorically that this is a matter that will come up for investigation at the right time. You have to do what is right and proper not only in your sight, but also in the sight of God. You must not in any way be accomplices to Dr Harris as he tries to do what he feels like doing with peoples monies. That is not going to be accepted and at the right time, this Fund is going to come up for investigation.”

Douglas and PM Harris have been exchanging insults and accusations with regular intervals ever since the latter introduced donations to the Hurricane Relief Fund as a means of qualifying for the Saint Kitts & Nevis Citizenship by Investment Programme.