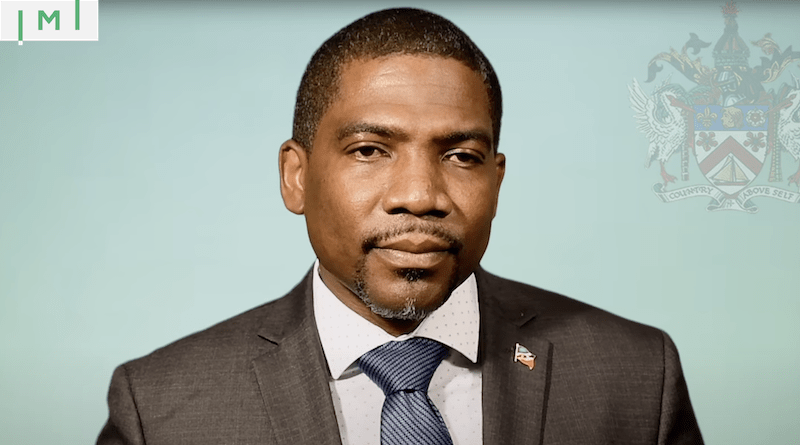 Last week, the Kittitian government’s press office announced the country’s new administration would be distributing the “first-ever CBI dividend to the citizens and residents of the federation.”

At the time, beyond explaining that the country’s Social Security Board would handle the payments, the press releases did not detail the nature, source, or amounts of such payments, prompting further inquiries from IMI.

Last night, responses to our inquiries arrived in the form of a press statement from Prime Minister Terrance Drew himself.

Funds allocated for distribution in this initial instance, he explained, amounted to EC$23 million (some US$8.5m) and would be paid out to the citizens and residents of Saint Kitts & Nevis in two different amounts, the specific amount depending on which of two categories the individual falls into:

Payments, the PM further confirmed, would commence on December 15th and should be completed by December 31st. Those whose bank details are already registered with the Social Security Board will receive payments automatically, while others are encouraged to apply for their dividend payments via the Board’s website.

The dividends, specified the PM, formed part of the government’s COVID-19 Pandemic Relief and Recovery Package and represented the fifth initiative under this package.

He also hinted that the country’s inhabitants could expect further dividend payments in the future, though he stopped short of suggesting the timing and magnitude of such distributions:

“Going forward, like in all other entities where dividends are paid, how much and how it is paid will be determined by the prevailing circumstances,” commented the PM. He also indicated that the distribution of proceeds from state assets to citizens would not be limited to CBI funds alone but could be extended to other areas of state ownership:

“As we move forward,” he remarked, “this St. Kitts-Nevis Labour Party Administration will evaluate all state assets and explore the possibility of dividends from such assets to the citizens and residents of St. Kitts and Nevis.”

The PM further highlighted that the distribution of CBI profits, while itself a ‘first’, also represented “the first time in the Caribbean that ordinary citizens and residents are being paid a dividend on any state asset” and pointed out how this reflected a “significant gesture by your caring government.”

In April this year – during a period of heated debate and contention within the then-ruling government coalition, which culminated in former Prime Minister Harris’ dissolution of Parliament and, subsequently, fresh elections – Nevis Premier Mark Brantley divulged internal records showing the Saint Kitts & Nevis CIP had raised some EC$5.15 billion (US$ 1.9b) in the preceding 15 years in the form of donations and fees (and excluding real estate investments).

In what appeared to be a recognition of the EC$23 million's relatively small share of the program's accumulated earnings, Prime Minister Drew emphasized in his press statement last night that "according to the normal company structure, dividends are paid only when there is a profit in a given operating year. However, hundreds of millions of the CIP funds were abused by the previous administration, hence the profit margin that could have been is significantly reduced."

He also intimated that while his government was prepared to share CBI proceeds with the general population, the administration would also retain a sizeable proportion of earnings to deploy at its discretion:

"Normally, no company distributes all of its profits in a given year in dividends," he pointed out. "Some portion of that profit is always used for the general good of the shareholders collectively. Hence, it is the model that was followed in determining how much the dividend would be. Portions of that profit have been allocated to the establishment of a Sovereign Wealth Fund. Portions of the profit are also assigned to capital investment for the general good of the people of St. Kitts and Nevis collectively."