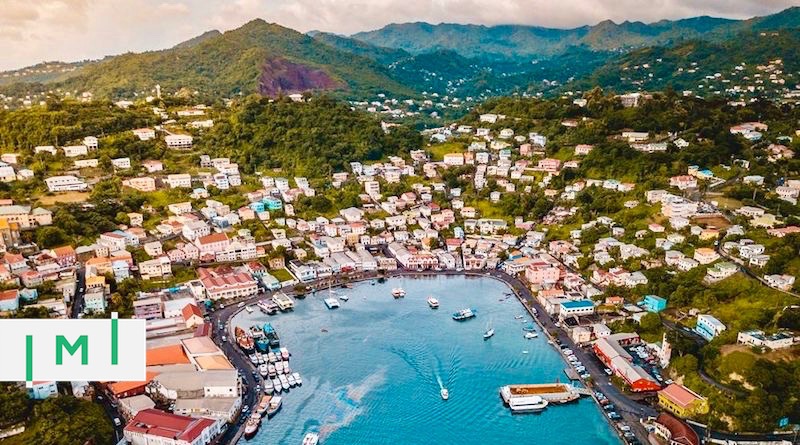 Editor’s note: Following the circulation of news articles in Grenada, Range Developments say they are once more the target of false claims made in public. The company’s statement is reprinted in full below. Views therein expressed are those of Range Developments and do not necessarily reflect those of IMI.

Newspaper articles circulated in Grenada over the past few days are reminiscent of the fake news attacks on Range Developments of a couple of years ago. These fresh allegations are yet again “misleading, inaccurate, and aimed at damaging the company’s reputation,” according to Mohammed Asaria, Managing Director of Range Developments.

Two years ago, as Mr Asaria was dining with Peter David, Grenada’s Minister of Foreign Affairs in Geneva, the story broke in certain Caribbean newspapers that Mr Asaria had been arrested and detained in China. Range successfully sued those responsible for tortious interference and defamation in Dekalb County Court, State of Georgia, in the United States.

The latest offending article, published in a weekly Grenada publication, is riddled with inaccuracies and falsehoods. Nevertheless, it has been widely circulated by rival Grenadian Citizenship-by-Investment Developers. This behaviour is morally reprehensible and unethical. Developers should focus on the timely completion of their own projects.

Perhaps it is precisely because Range is the only developer to have completed projects as well-received as the Park Hyatt St. Kitts and the Cabrits Resort & Spa Kempinski, that it falls victim to fake news instigated by industry competitors who have continually failed to achieve their development promises.

We would like to take the opportunity to clarify some of the misleading statements in the latest offending article that has been circulating:

The Cabrits Resort & Spa Kempinski in Dominica has been completed and is open for business
No funds have gone missing. Indeed, it is the only completed project in Dominica under the Government’s real estate citizenship-by-investment program. The offending article further alleges that money was misappropriated from the Bank of Dominica in Geneva. Given there is no Bank of Dominica in Geneva, this demonstrates how spurious the claims made in the article are.

Range has no involvement whatsoever in this process. Range categorically refutes the accusation that any purchasers of qualifying investment units are in violation of US or UN sanctions. This is simply not possible given the relevant citizenship by investment unit undertakes extensive investigation by reputed third party due diligence companies and with intelligence agencies.

Range does not owe Mr Zampolli any money
To confirm this, Range commenced ICC arbitration in London against Mr Zampolli seeking a declaration on certain principles under the agreements. Mr Zampolli’s counterclaims against Range have been dismissed by the arbitration tribunal.

The contract between Range and Mr Zampolli contained an exclusive arbitration clause
Range successfully obtained an anti-suit injunction against Mr Zampolli to prevent Mr Zampolli breaching the terms of the contract and filing suit against Range in any other venue aside from ICC arbitration in London, as he had previously threatened to do so.

Notwithstanding, Mr Zampolli filed a discovery order against Range in New York to seek certain documents to assist him in the arbitration process.  When Range petitioned the court in New York to dismiss the matter for lack of jurisdiction and because Range had not been served the court papers (as Range has no presence in the State of New York as was falsely alleged by Mr. Zampolli), Mr Zampolli withdrew his own case.

Mr Zampolli has not filed any action against Range in Grenada
Indeed, this matter has nothing to do with the development of the Six Senses La Sagesse, Grenada. For the record, the terms of the anti-suit injunction are clear – Mr Zampolli could be held in contempt of court and may be imprisoned, fined or have assets frozen if he disobeys the order of the UK High Court of justice and resorts to proceedings in any other forum aside from ICC arbitration in London.

Mr Zampolli owes Range more than £65,000 (US$84,500) in unpaid legal expenses, which were awarded to Range by the High Court in the United Kingdom.

For the record, at present, Mr Zampolli has no claims against Range in any court or arbitration tribunal in any jurisdiction.

Range takes its reputation very seriously. It has engaged legal counsel to take immediate action against all market participants who are circulating false and defamatory allegations as well as the relevant publications and journalists. Range has relentlessly pursued anyone making similar malicious claims in the past and will continue to do so in the future.

The authors of these offending articles did not contact Range for its side of the story, nor investigate the matter in any depth as one might expect from responsible media outlets. This is disappointing, to say the least. We welcome all media inquiries, and will do our best to answer any questions that might be put to us.

Rupert Wright is chairman of Ashbright, which handles international communications on behalf of Range Developments