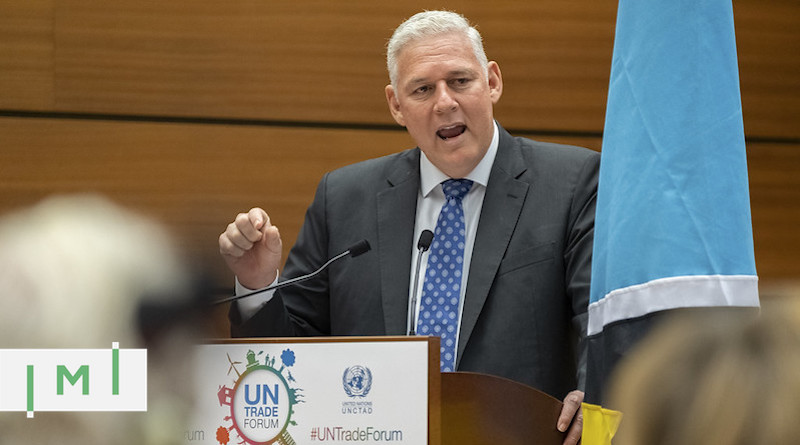 During a seating of Parliament this week, Saint Lucia’s new government proposed legislative amendments that would see the country’s National Economic Fund (NEF) – a sovereign wealth fund in which proceeds from the Saint Lucia Citizenship by Investment Program are accumulated – be controlled directly by the government, rather than by the NEF board, as is the case today.

“This move is alarming and should be of concern to all citizens, as the United Workers Party Government, in establishing the fund in 2019, made sure the National Economic Fund Board was put in place to manage the use of the funds to safeguard transparency and accountability,” former Prime Minister and current leader of the opposition Allen Chastanet said in a statement this week.

“We must look at these changes closely because it has serious implications for us as a country. When we established the National Economic Fund it was to make sure we had checks and balances in place and that the funds were properly managed with clear guidelines in place as to how the funds should be used.”

The wealth accumulated in the fund is overseen by the NEF’s board, the members of which are already appointed by the government. The Saint Lucia Economic Fund Act of 2019 prescribes the following responsibilities for the NEF board:

(a) manage the monies and business of the Fund;
(b) consider and approve an application for a loan or an investment in a Government approved capital project;
(c) ensure that a loan is used for the purpose for which it was granted;
(d) ensure the repayment of a loan at the time it is due;
(e) ensure that the proceeds of the loan are applied to the Government approved capital project;
(f) establish and maintain a Sinking Fund to be administered and applied as the Board determines; and
(g) do all things necessary or incidental to the effective performance of the functions of the Fund.

“No argument can justify this”

Though the government already exerts control over the appointment of board members and the way in which the NEF allocates funds, the new legislation would place the NEF directly under the control of the cabinet, rather than at arms-length. There would therefore be no separate oversight of the NEF beyond that of the government itself. This, indicated Chastanet, would give rise to moral hazard risks.

“This is [sic] monies outside of the Consolidated Fund, proceeds of our country’s CIP, and we must guard its use to ensure the people of Saint Lucia are getting those benefits,” said Chastanet, who also leveled serious accusations against the new administration.

“This change proposed by the Government clearly shows that the SLP Government will continue its pattern of deceit and hypocrisy, as there was so much said about the Fund when it was established in 2019. We cannot sit by and allow CIP to be turned into a slush fund at the whims and fancies of the Cabinet. It has to be managed properly with all the requisite attention to accountability. Why remove oversight and checks and balances on CIP Funds? There are a lot of questions that have to be answered.”

“We view this latest move with indignation,” added Chastanet. “There is no argument that can justify this. It cannot be a case of accessing the funds in a timely manner because we proved this was possible when the Board provided emergency relief funds to benefit the agriculture sector, help clean-up and restore the road network and provide support to individual households impacted by the passage of Hurricane Elsa.”