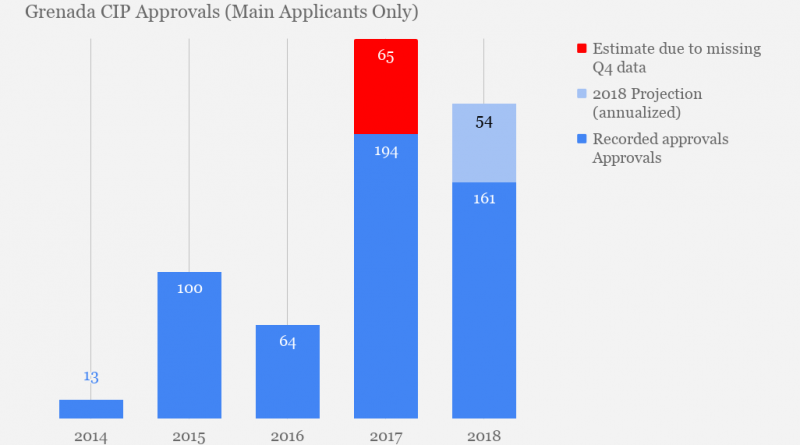 The Grenada Citizenship by Investment Programme has underperformed in 2018 compared to last year, but Q3 figures released today show signs of a turning tide.

Having kept its real estate option investment requirement at 2016 levels while all competitors about dropped theirs, Grenada has seen a slight dip in applications in 2018. By the half-year mark, as reported on in August, records showed real estate investment had fallen by a third compared to the same period in 2017, and that total revenue had fallen by as much as 39%.

While still coming up short compared to Q3 2017, third-quarter figures for 2018 indicate the the program’s popularity may be picking up.

In other words, compared to the same period last year, the numbers are disheartening; compared to last quarter, they’re excellent. It’s a glass half full or half empty type of scenario.