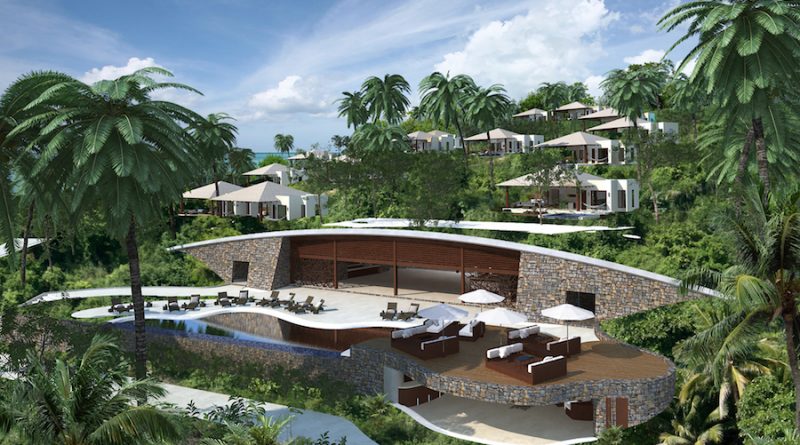 Grenada Citizenship Development Limited (GCDL), the developer of Levera Nature & Beach Resort, have filed a claim of loss and damages amounting to some US$19.6 million against Levera Resort Development Ltd (LRDL).

Note: IMI has not been able to reach any representatives from LRDL today and, therefore, can only present the plaintiff’s account of the dispute which, no doubt, will differ from that of the defendants.

In a statement, GCDL accuses LRDL of selling land on false premises and of “running a confidence game from the very beginning”.

The lawsuit arises from a dispute between the developer of a partly constructed CBI-resort project – Levera – and the owner of the land on which the resort is being built. According to the plaintiff, the two parties agreed in 2016 that LRDL would sell 256 acres of land to GCDL for the purpose of building the Levera resort. The parties also agreed that the vendor (LRDL) would lend the buyer (GCDL) US$31.5 million, secured with a mortgage on the 256 acres and that the conveyance of the land would proceed upon the latter’s payment of US$3.5 million.

Central to this agreement, say the plaintiffs, was the clause granting GCDL the use of the project’s CIP-approved status, which LRDL had obtained in 2015. GCDL’s ability to market and sell its development would, naturally, be contingent upon unit buyers having the possibility of obtaining Grenadian citizenship.

GCDL concedes that, according to the agreement, the payment of US$3.5 million should have taken place before May 18th, 2016 but that “despite best efforts by GCDL this payment was not made in full to LRDL until August 31, 2018.” But despite this failure to pay on time, say the developers, the landowners encouraged GCDL to continue site improvements and construction, to hold a formal ground-breaking ceremony attended by the country’s prime minister, and to submit CIP applications under the auspices of the planned resort.

In January 2018, the developer maintains, the landowner agreed to receive “progress payments” of US$100,000 per month from GCDL. Although LRDL had received more than US$3.5 million by August 2018, the landowner refused to convey any part of the 256 acres to the developer and, according to the plaintiff, has still not conveyed any part of the property.

In October 2018, Grenada Citizenship by Investment Committee, under the guidance of CEO Thomas Anthony, opened a review into the Levera project. Seven months later, Levera’s developers received a shocking message from officials:

Hundreds of companies can assist with applications to the Grenada CIP. To see which ones, visit the Residence and Citizenship by Investment Company Directory.

In other words, LRDL had taken part payment for a property sold to GCDL on the (later proven false) assumption that it came with a CIP-license attached to it.

The unfinished Levera project had raised CBI-funds amounting to more than US$11 million, on the basis of which 35 individuals had received citizenships in the country. All the while, the project was not technically approved for the CIP.

But complications did not end at that.

On June 21st, say GCDL, the landowner repudiated the Sales and Purchase Agreement and demanded that GCDL “remove itself from the Project lands under threat of trespass, lands which GCDL had been developing and improving for approximately 3 years and putting an end to the livelihood of 26 families in St. Patrick’s who had been employed.”

GCDL say they attempted, in good faith, to bring together LRDL and government authorities in an attempt to resolve a dispute that would harm both the economy and the reputation of Grenada. These calls, the plaintiffs maintain, went unanswered, and matters did not progress until August 6th when they discovered the Levera project had been officially relaunched – at a conference in China attended by senior Grenada Government officials, and under a new developer that had bought the very same plot of land.

“[…] on August 2, 2019 LRDL did, in fact, sell the Project lands to Singapore Heng Sheng (Grenada) Development PTE LTD that was incorporated on May 8, 2019 (6 days before GCDL received the letter from the CBI Office on May 8, 2019 suspending receipt of CBI applications indicating the inability to use LRDL’s CBI approved project status),” reads the statement.

Heng Sheng had paid LRDL US$35 million for the 256 acres of land which, this time, had been conveyed to the buyer in full.

On August 20th, GCDL sued LRDL for damages and losses of US$19.6 million. The plaintiff accuses LRDL of fraudulent misrepresentation, breach of warranty, and wrongful repudiation. One day later, Justice Raulston Glasgow “ordered that a Freezing Injunction be made against LRDL restraining it from removing from the jurisdiction of the court the sum of US$19,510,831.00 including the sum of US$35,000,000 being the proceeds of sale from the property by LRDL to Singapore Heng Sheng (Grenada) Development PTE. LTD.”