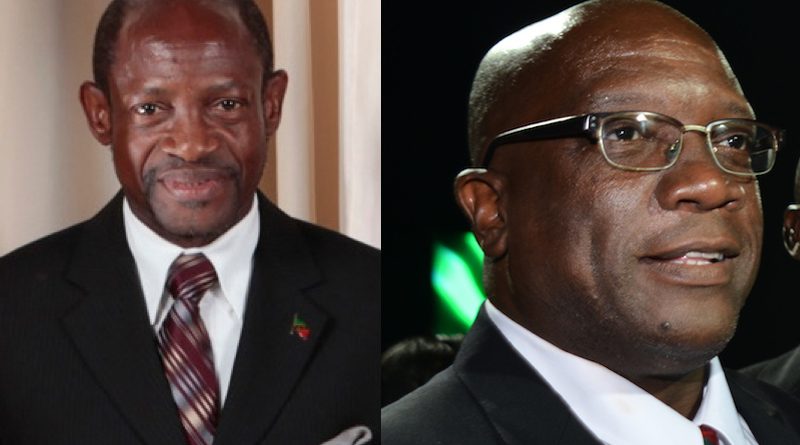 It was during a press conference on Tuesday that Prime Minister Timothy Harris of Saint Kitts & Nevis told those assembled that his compatriot and political opponent, erstwhile Saint Kitts prime minister Denzil Douglas, currently holds a diplomatic passport of another country, and that this partly explains Douglas’ recent criticisms of the Saint Kitts & Nevis Citizenship by Investment Programme.

Presumably, the “other country” the PM is referring to would be Dominica.

According to the National Assembly Elections Act of 2009, which states that “a person shall not be qualified to be elected or appointed as a member [of the National Assembly] if he or she (a) is, by virtue of his or her own act, under any acknowledgement of allegiance, obedience or adherence to a foreign power or state,” if true, Douglas would be disqualified from running for office. Ironically, it was Douglas himself who pushed through the Act in 2009.

“It wasn’t just simply a matter of policy; it was something that he felt so deeply moved about that he was moved to bring a piece of legislation – and I supported the legislation for what it was worth – as a matter of principle that those who are coming before the people of the country for service, must come unencumbered to the extent that that principle was eliminated in the Parliament,” said Harris, according to the Saint Kitts & Nevis Observer.