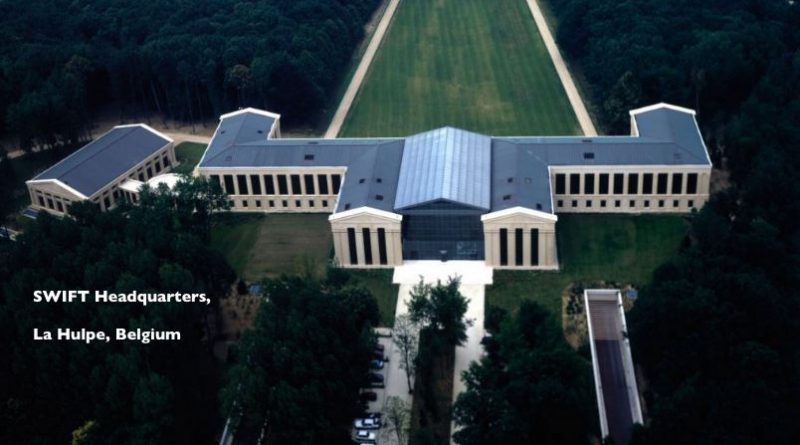 As someone who has helped many people acquire new Caribbean citizenships and who worked in the “offshore” banking world back in the day, it never ceases to amaze me why governments don’t make it easier for people to pay for their citizenship investments.

It is a common-sense rule of business that if you make things easier for the client (citizenship applicant in this case) then you will be more successful.

I constantly hear from CBI consultancies how their clients have problems paying. A typical case is Mr X. who has already undergone exhaustive due diligence to be approved under one of the Caribbean CBI programs, but then the “National Co-operative Bank” (the existence of which is, of course, pure fiction for the purposes of illustration) refuses to co-operate in accepting his money on behalf of the national treasury.

Other variations to this problem are even more bizarre but true. A year’s bank statements translated into English. Every debit card purchase of groceries has to be translated by a court-certified translator. Thereupon follow requests for affidavits about individual transactions, with bureaucrats seemingly oblivious to the fact that notaries in foreign countries might not want to certify affidavits in English in exactly the format they require.

Unfortunately, requests like this demonstrate a fundamental lack of understanding of compliance at Caribbean banks. It is widely recognised in the industry that compliance officers who focus on checking boxes are likely to miss out on the big – actual – risks. We are talking about clients who have already been investigated at length by large, reputable international due diligence agencies, yet it sometimes seems to practitioners that the banks are more focused on the date on an electric bill.

Banks are, of course, private companies and what risks they are willing to take is entirely their decision. Their main concern, understandably, is what their US correspondents will think. With so much derisking in the region over the past few years, being cut off from international trade in US dollars is a clear and present danger for all the banks in the region.

There are, however, plenty of alternatives that Caribbean banks and governments are amazingly failing to pursue.

1.Receive funds in EC dollars, rather than US dollars

Probably the most obvious is to carry out transactions in Eastern Caribbean dollars instead of US dollars. The EC dollar (ISO currency code: XCD) is a very stable currency that has been pegged to the US dollar since 1976. As the official national currency of all five Caribbean CBI jurisdictions, there should be no legislative change required to accept payment in EC dollars. You can read more about EC dollars on Wikipedia.

There is a Central Clearing House for all cheques in EC dollars, meaning that cheques drawn on one of the territories can be cleared almost instantly in one of the other territories, including high-value cheques. Further info here.

At its simplest, this means that if the governments could find just one bank in the region willing to serve the CBI market, it can easily help transfer funds into other regional banks. It would also allow, for example, a new government-owned bank to join the system and transact in EC dollars, without fear of US correspondents because it would only do business in the local currency. Another variation would be to bring other market participants, such as existing credit unions, into the payment clearing system, or to pass legislation to encourage new “challenger banks” along the lines of the Electronic Money Institutions that have become so successful in Europe.

2. Set up your own bank and bypass the US SWIFT system

Derisking is not just a Caribbean problem. Even in the European Union now they are plenty of banks that have given up transacting in US dollars because they cannot get correspondent accounts.

The British Overseas Territory of Gibraltar suffered from derisking a few years ago, with even the British high street banks withdrawing from the market. Gibraltar responded in 2015 by setting up a government-owned full-service retail bank, Gibraltar International Bank (GIB). GIB today serves as a model and has been sharing its know-how with other remote places such as the Falkland Islands, which are not attractive to mainstream banks.

GIB, with the support of the government, has become active in fields that many banks are not willing to take on – for example, banking well-regulated crypto and gambling businesses. This has directly resulted in the creation of hundreds of jobs for local people, even to such an extent that there are not enough local people to fill all the positions. Thousands of workers cross the border daily to work in the gaming and the nascent crypto sectors in Gibraltar. It is widely regarded as a success story.

If the Eastern Caribbean states could get together and set up a new bank along the lines of the GIB model, it could solve not just the CBI payments problem but inject a breath of fresh air and new opportunity into all sectors of the economy of the entire region, encouraging intra-regional and international trade. If the governments don’t want to do it, there is nothing to stop a private entrepreneur doing so either. It is a huge opportunity just waiting to be tapped. Maybe a new CBI funded project itself?

Obviously, though, setting up a new bank does not happen overnight. So let’s get back to fast solutions to the current problem. Aside from the Clearing House, SWIFT transfers are also possible in EC dollars. Numerous currency exchange houses in Europe are willing to receive US dollars, Euros, Pounds Sterling, or any other major currency and send EC dollars to the Caribbean, bypassing the US correspondent banks. I could easily find a dozen currency trading businesses tomorrow that would compete to take on this business.

Besides the EC dollar solution, the second obvious solution is for the governments to open accounts abroad to receive CBI funds: whether in banking centres like London or Miami, or in countries where payments might be coming from places like China, the UAE, or Russia. Funds could be received in local or foreign currencies and converted. Granted, the vast majority of banks will decline such business, but I am 100% sure there are innovative banks in these places that will jump on a multi-billion dollar niche business opportunity where everything is actually very clear and transparent, with the source of wealth already verified by top international due diligence agencies.

Why have the governments not already done this? I can only imagine it has a lot to do with political pressure from the banks on the islands who don’t want to lose business. However, if they refuse to modernise themselves and hire compliance officers with the requisite international experience, language skills and so on to assess CBI risks properly, they only have themselves to blame.

3. Receive funds in cryptocurrencies, rather than in traditional money

The third major option is the oft-mooted cryptocurrency solution. This has been frequently discussed, and even supposedly implemented by Antigua, but, in reality, not much has happened. Again, it is a very simple, straightforward option for Caribbean governments to implement.

See also: Cryptocurrency Payments Are the Solution to the Caribbean’s Correspondent Banking Problem

With this option, they can basically outsource all the banking costs and compliance work to an existing crypto exchange. All the national treasuries need is a way to receive transfers from a crypto exchanger, which again could potentially be executed in EC dollars, or into Euro accounts of Caribbean banks if US dollars are the problem. They could even use the crypto-assets directly to pay for imports of food, fuel, building materials or anything else needed.

There might also be hybrid solutions involving more than one of these options. Governments can also transfer some of this work to other partners such as International Marketing Agents or Escrow companies, but then they should at least provide some active support on the payment processing issue because banks do listen to what governments say.

The sad fact is that by not springing into action and going out into the world to find real practical solutions, Caribbean politicians risk killing the goose that keeps laying golden eggs. It will certainly be interesting to see what happens and to carry on this discussion on social media.