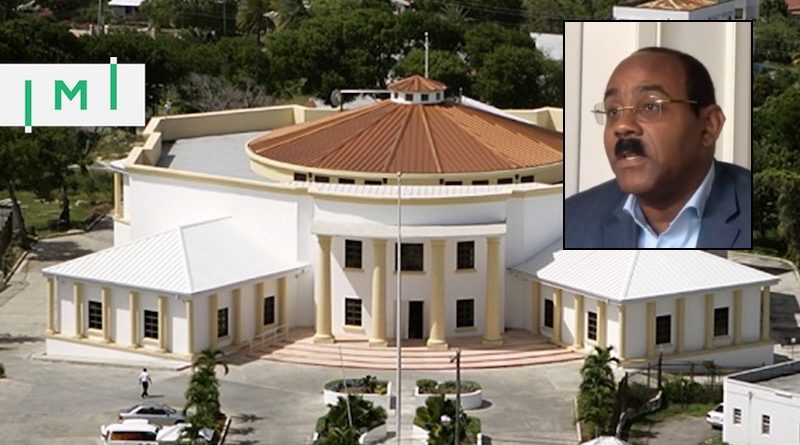 Antigua & Barbuda’s Citizenship by Investment Programme (CIP) saw revenues rise prodigiously on the year, but the Prime Minister is worried an Indian fugitive is imperiling one of the country’s most important sources of income.

Government revenue from the Antigua & Barbuda CIP rose from US$59.7 million in 2018 to US$98.9 million in 2019, a year-on-year improvement of 66%, according to this year’s Budget Statement, presented to Parliament on Thursday. The recorded revenue is just US$1.1 million shy of the US$100 million PM Browne predicted the CIP would bring to the government’s consolidated fund in last year’s budget address.

While ebullient as regards the CIP’s positive trend, the ongoing and unresolved matter of former jewelry tycoon Mehul Choksi – wanted by Indian authorities for what they say is his central role in that country’s largest-ever case of bank fraud – has Prime Minister Browne concerned.

Choksi, and Antigua’s CIP, garnered international media attention in 2018 when it became clear that the former had obtained citizenship by investment in Antigua & Barbuda just weeks before Indian authorities issued an Interpol warrant for his arrest. The incident left the authorities of Antigua & Barbuda, a country governed by the rule of common law, in an awkward position; Choksi had no outstanding criminal cases against him at the time of approval – as such, his acquisition of citizenship in the country was above-board – but later became a magnet for unwanted attention on the Antigua CIP.

Since he is a citizen of Antigua & Barbuda and has not yet been convicted of any crimes, his citizenship cannot easily be revoked. Nor can Antigua deport or extradite him without letting him first avail himself of all due legal protections.

But Prime Minister Browne has been unequivocal in expressing his desire for ridding himself of a man he considers a reputational menace to his country and its CIP. As recently as in June last year, Browne said his government would revoke Mehul Choksi’s CIP-obtained citizenship and extradite him to India once he had “exhausted all of his legal options”.

Now, Choksi is about to run out of rope. Next month, an Antiguan court will determine whether Choksi will be allowed to retain his citizenship as it issues a judgment on the defendant’s appeal against a High Court ruling from last year that denied him permission to bring in an expert to challenge the validity of an extradition request from India.

“We have said to Mehul Choksi he should leave voluntarily, failing which he will be legally expatriated or repatriated to India. We have said to him you have to leave when we have exhausted all the legal actions that will make sure that he is actually repatriated from whence he came,” the PM told Parliament on Thursday, according to the Antigua Observer.

“The quality and integrity of our CIP is far too valuable to our economy, and the well-being of our people, to do anything but uphold and implement the highest possible standards,” Browne added.

Choksi’s defendant, David Dorsett, did not wish to comment on the matter.