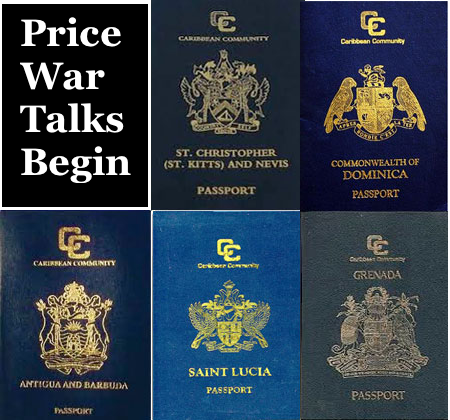 An industry source who wishes to remain incognito has confirmed that the prime ministers of all five Caribbean countries that have citizenship by investment programs will be meeting this week in an effort to contain the recent price competition.

The source further confirms that all five CIP countries will adopt a common standard for reporting – the Joint Regional Communications Centre (JRCC) Report – before proceeding with issuing citizenships.

Caribbean political leaders and heads of citizenship by investment units (CIUs) have come under tremendous pressure in recent weeks to stem the downward spiral in pricing among Caribbean programs. While the “race to the bottom” has long been recognized as an issue requiring urgent attention, the region’s leaders have been slow to counteract it. News of their meeting to address the matter this week will, therefore, be heartening to a wide array of industry figures.

We would like to think that the extensive coverage devoted to the price war here in Investment Migration Insider played some part in finally bringing about this meeting.

Caribbean CIP “Race to the Bottom” – Is it Time to Form a Cartel?