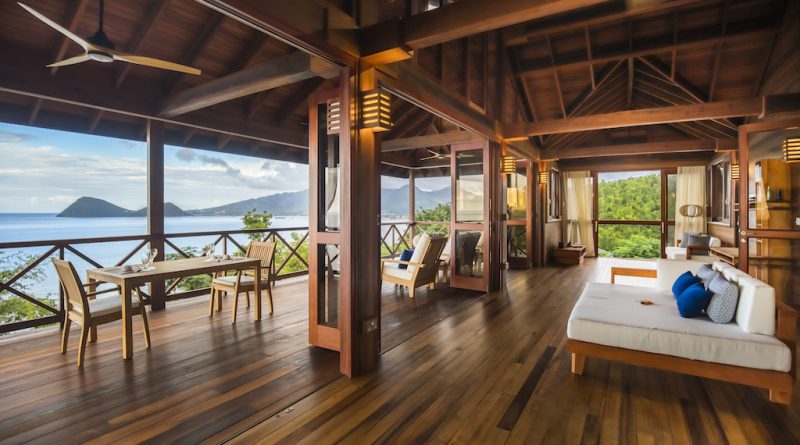 The Residences at Secret Bay
Sponsor

As Secret Bay, Dominica’s award-winning, crown jewel, only six-star resort, commemorates its 10th anniversary since first opening, its globally-recognized Citizenship by Investment (CBI) project, The Residences at Secret Bay, celebrates its own major milestone: paying out its 100th ROI payment to its more than 50 CBI owners from around the globe. First launched in 2019, The Residences at Secret Bay is the only-of-its-kind CBI offering that is committed to selling built product, and has completely sold out Phase 1 of the development and is nearing sellout of Phase 2.

The news comes just as Dominica earned the title of the “World’s Best Country for Second Citizenship” for the fifth consecutive year by Professional Wealth Management magazine — a publication from the respected Financial Times, distinguishing itself as leader in CBI programmes across the globe. The rigorous and systematic assessment looks at nine pillars — Freedom of Movement, Standard of Living, Minimum Investment Outlay, Mandatory Travel or Residence, Citizenship Timeline, Ease of Processing, Due Diligence, Family and Certainty of Product — of which Dominica scored a total of 80 points, the most of any CBI opportunity.

The Residences buyers, who span the globe — from across the Middle East, North Africa, Asia and North America — are not only obtaining second citizenship and receiving ROI cheques, but also investing in the gold standard of CBI programmes and the only government-approved real estate project in Dominica offering purchase options to both vacation home buyers and citizenship investors.

This year, Secret Bay is celebrating its 10th anniversary demonstrating its demand among international travelers and its operational success. Over the past decade, the acclaimed, Green Globe certified resort has been consistently recognised for its exceptional design, service and experience by such global travel and lifestyle publications as Architectural Digest, CNN, Fortune, National Geographic, Outside, the cover of Travel + Leisure, and The Telegraph. And, Secret Bay was recently named one of Travel + Leisure’s top 500 hotels in the world, and last year was named the magazine’s #1 Resort Hotel in the Caribbean, Bermuda and the Bahamas and #6 Hotel in the World. The property is the first and only property in Dominica to be affiliated with the elite luxury brand, Relais & Châteaux. Secret Bay’s newest residences were recently showcased in global publications like the New York Post, Departures, Robb Report, Ocean Home Magazine and Wealth Magazine, among others, recognised not only for their impressive offering, but their most coveted amenity — second citizenship.

It’s now easier than ever to travel direct to Dominica from the United States. Beginning December 8, 2021,  American Airlines is launching a new route from Miami (MIA) to Dominica (DOM). The non-stop service will operate twice weekly on Wednesday and Saturday, departing Miami International Airport at 11am and arriving at Douglas-Charles Airport at 3:21pm. The return flight will leave Dominica at 4:24pm and arrive in Miami at 6:55pm.

The Residences’ CBI offering is priced at US $208k/share. To learn more about Citizenship by Investment in The Residences at Secret Bay, visit: https://secretbay.dm/cbi/. For a consultation, please email residences@secretbay.dm.