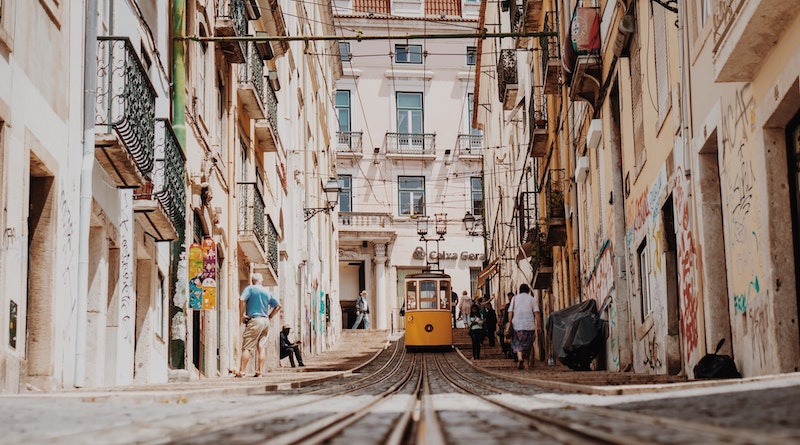 At Smart Citizenship, we place immense value on data analysis and deriving insights from those analyses. A recent study we conducted on the processing times of the Golden Visa in comparison with the investment made, showed us that the lag between the initial application and the Golden Visa approval date is surging at an unprecedented rate.

This has become an even bigger issue with the ever-increasing number of applications due to the incoming changes to the Portuguese Golden Visa Program. Some players, especially those looking to fundraise for their investment funds using the program, are grossly overestimating the market size and their projected share of the market due to the discrepancy between actual investments and investments disclosed to the public.

At the end of the article, we will evaluate why this is a huge threat factor for both investors and fund promoters/asset managers.

Considering the recent restructuring of the SEF, the authority that processes golden visa applications, it was perhaps inevitable that processing times would surge. Once known to be the quickest in processing times, Portuguese Golden Visa approvals ranged from 3-6 months. It was considered a substitute for the Greek Golden Visa, the industry leader, which has a processing period of three months on average.

Although our study uses a relatively small sample (200 applications over 2 years), we can conclude that the average waiting time for the Golden Visa from initial submission to receiving the residence permit has now reached an average of 12 months. The shortest processing time was 6 months and the longest 15 months.

So, how can we interpret the Golden Visa market statistics published by SEF when evaluating the total size of the fund investment route? It is vital to understand that the data posted by SEF only represents the Golden Visa residence permits that are approved. This way of calculating the market is widely used by immigration programs around the globe as it is the most reliable and feasible option, absorbing the unpredictable rejection numbers. While this may be the best practice of calculation, it would be unfair to base the size of such a booming market solely on approval figures.

When we look at the approval figures, the number of investors preferring the fund route has almost doubled in the past year. But keep in mind that those who have completed their purchase today will only appear in the statistics once their Golden Visas are approved. At current backlog levels, that will happen anywhere between 6 and 12 months from now.

What is going on in the fund investment scene in Portugal?

With more and more venture capital and private equity funds entering, the current market appetite for Golden Visa eligible funds alone is close to €1.1 billion. We arrived at this figure by adding the maximum fund size of the top 27 contenders to the Golden Visa investors’ money. While we appreciate the maximum investment amount is there as an aspiration and the reality of fundraising usually means most funds are satisfied at 60% of the total amount, even this reduced appetite gives us a total of €670 million.

Of course, there is some leeway here as not all investments are made for the GV. Up until 2020, only three or four investment funds dominated the market. The number of Golden-Visa eligible funds in the market has now exceeded 30; more and more players understand the cost-effectiveness of the fund route and some classical players have entered for access to this affordable capital. The fund investment route is expected to further benefit from the upcoming regulatory changes and attract more participants.

Based on recent statistics published by the SEF, the 6-month (January 2021 to June 2021) total market size in terms of approved applications stands at €237 million, the lowest 6-month performance since 2016 (assuming a 50:50 split for each 6-month period in 2016). Fund investments totaled close to €12 million for the same period in 2021. Compared to our sample data, total approved applications for the fund investments only represent the breadcrumbs of the total fundraising to date.

We have it on good authority that one of the top contenders in the market has single-handedly raised an amount very close to €12 million in the first 6 months of 2021.

We expect the gap in fundraising and approvals via fund investments to widen over the years as new funds enter the market. According to multiple sources, the total number of funds waiting to be approved by CMVM has surpassed 60. Even if only half of these funds are true contenders for the Golden Visa market, there is a further €1.2 billion appetite for fundraising (based on average target fund size).

To satisfy the cash-hungriness of the entire players in the system, the Portuguese Golden Visa fund ecosystem must attract somewhere between €600 million (50% subscription) to €1.2 billion (full subscription).

So, what is the danger here?

The hypothesis of the newcomers to the fund investments ecosystem in Portugal is that in 2022, when the Golden Visa changes take effect, the fund investments will take most of the market share. While the fund route will gain traction by a large margin by even the most conservative estimates, some other investment routes will stay relevant as well. This means that, in all likelihood, the fund route will not consolidate 90% of the market that was held firmly by the real estate investment route.

The entire market is flying blind right now, of course. Knowing which investments are made with the intention of getting the Golden Visa could be carried out by simply including a tick box on the KYC forms, but the burden of making this a reality lies only with the regulators.

The mathematics here are simple: If a fund does not raise enough money, they cannot close big-ticket investments that usually have higher returns on average than smaller-ticket acquisitions. On top of that, the fund will buckle under the fixed costs of management (some of them do not scale down with less investment managed). Put the substantially harder fundraising into the equation and you will be left with an outlook that will leave the unprepared in shambles. All of a sudden, the farfetched probability of a fund “flopping” becomes a reality.

Make sure you get the fundraising operation right the first time. You will not have time to recuperate later because the market is being flooded with competitors from all around the world. No matter what “killer” product you have developed, your operation will fail if you do not perform on the fundraising front. It’s also extremely important to communicate to your investors what you will do if you are stuck below a minimum amount as this will be the question of the future from your prospective investors.

For investors, it becomes an issue of finding your “inside man” in the country or finding dependable and up-to-date information on funds and how their fundraising activities are going if you want to start with a stride.  While this can be done, there is simply not enough time to do it if you want to make it to the cut-off date for the Golden Visa program changes which would basically stop you from taking advantage of the reduced investment size for the fund investments.

Visit our website to sign up for the waitlist for our transparency platform for Portuguese Fund investments while downloading your fund investment terminology guide.

If you’d like to do your research yourself here are some killer questions to ask any fund advisor, courtesy of Smart Citizenship: