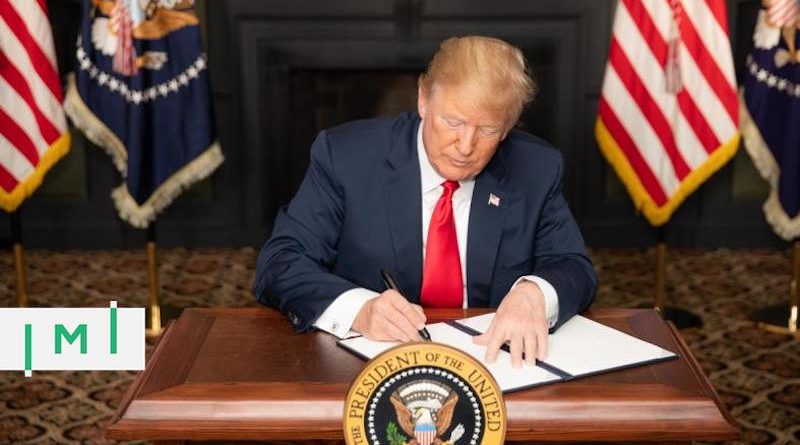 Concerned about the employment prospects of American citizens in the wake of lockdowns, President Trump yesterday signed an executive order that will see new entries to the United States on the basis of most visas in the H-1B, H-2B, J, and L-visas suspended until December 31st this year.

In the context of investment migration, the most noteworthy piece of news is the moratorium on L-visas which, to a limited extent, are considered imperfect substitutes for E-2 visas. Will the freeze on L-visas positively sway demand for E-2-visas?

Putting E-2 on the map
While uncertain about the directly measurable impact on E-2 demand, Angie Rupert of Rupert Law, a California-based attorney, indicates she believes the L-2 suspension will serve to bring attention to the E-2 category, especially as so few other work-related visas remain in effect.

“It will increase the awareness of the E-2 visa,” Rupert comments. “Up to this point, this visa has been much less known and most people looking to start businesses in the US would either get an L1 [starting a business and hiring themselves] and others would invest in the EB-5 program.”

Laboring under retrogression, excessive processing times, and a recently raised investment requirements, she explains, the EB-5 has lost much of the momentum it had just a few years ago.

“This left some potential EB-5 investors scrambling for options. Some decided that the L1 visa would be the most viable route to US residency and started businesses to that end.”

With the L-1 now off the table, the best option prospective investor residents – even non-treaty nationals – she says, is the E-2.

“For E-2 treaty nationals, the process will continue to be rather streamlined. For non-treaty nationals, it will still likely be faster to get a second passport and get the E2 than it will be to wait for the L1 to come back around.”

Substitute visas. Sort of.
Asked to what extent, if any, L-1 and E-2 visas might be considered substitutes, not only for investors but also from the perspective of employees, Matthew Galati of Galati Law pointed out that, at least as far as investors are concerned, there is some overlap.

“For example, an international entrepreneur that owned a foreign company might be able to use either visa after launching a US subsidiary or affiliate,” says Galati. “Looking to the future, either route might also eventually open a path to the EB-1C Green Card.”

It’s on the procedural side, he explains, that the characterization of the two visas as alternatives to each other becomes more tenuous.

“The E-2 visa filing is usually made directly to the consulate and a visa can be issued for up to five years, depending on one’s nationality,” Galati points out. “With an L-1, an employer must file a petition with the domestic immigration agency, USCIS. That’s a more exacting process. Only after approval would the beneficiary (which could be the company owner) apply for a visa at the consulate. In the startup context – we call these “new office L-1s” – there is only a one-year stay initially. In these kinds of cases one needs to immediately start considering the extension application after landing.”

Galati says he’s always considered the E-2 the more straightforward option and that, all else being equal, he would recommend it to his clients over L-visas, which he describes as more complex and not suited for entrepreneurs who, he comments, should be focusing on building their business rather than worrying about their immigration status.

“Of course, the E-2 has its nationality restrictions, which is why some countries’ nationals (e.g. PR China, Russia, and India) cannot avail themselves of the E-2 without first obtaining a qualifying nationality.”

That, in practice, would require either obtaining citizenship through descent or through investment in a country on the list of E-2 Treaty signatories.

“Twisted irony”
While both visas allow for the transfer of employees abroad to the US, important nuances distinguish the two categories.

“Generally speaking, L-1 employees need to be managers/executives or have special skills and knowledge essential to the company. In the E-2 context, however, the employee needs to have the same nationality as the company, something that is not required for an L-1.”

By way of example, Galati points out that a German-owned pharmaceutical company might be able to transfer a French scientist to its US subsidiary under an L-1, but it could not do so on an E-2 because the nationality of thecompany’s majority-owner and the nationality of the employee don’t match. Likewise, American-owned companies cannot use the E-2 because they are not foreign-owned.

“In a bit of twisted irony based on the stated justification for the Proclamation, a ban on the L-1 and H-1B actually puts American-owned companies at a disadvantage regarding hiring foreign talent,” Galati adds pithily.

Faced with unpredictable policy and pandemic prospects, Galati, like Rupert, reserves judgment when questioned as to what practical impact the L-1 suspension will have on the demand for E-2 visas.

“It’s really hard to say as COVID-19 has disrupted so many consular operations,” he remarks. “Relatively few people are getting visas and entering the US for employment. However, the real danger here is that the Administration continues the ban after the pandemic has subsided, which would be incredibly disruptive.”

While he’s loath to make predictions in an environment where longstanding assumptions on immigration policy are frequently tested and subject to change on short notice, Galati foresees growing interest in citizenship by investment for countries that are party to the E-2 treaty.

“Historically, the E-2 visa has stood the test of time; remember that our first qualifying treaty was signed with the UK in 1815, far before comprehensive immigration laws were enacted. I could see more non-treaty entrepreneurs acquiring qualifying passports such as those of Grenada or Turkey to avail themselves of the E-2 given its relative stability and roots in international agreements. But in my opinion, those investors who could have selected either route [L-1 or E-2] would probably have opted for the E-2 anyway.”