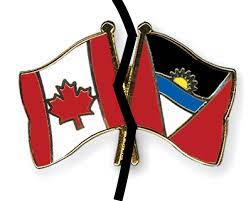 What are the implications of this revocation of visa-free travel to Canada for one of the world’s most reputable CIPs? What does this portend for other citizenship by investment programs? What caused this sudden decision? Considering more than half of Antigua’s applicants are Chinese, many of whom see visa-free access to Canada as crucial, will demand for Antiguan passports now plummet?

Investment Migration Insider will be back for more on this story, later today.

Read the full press statement from the Canadian government here.