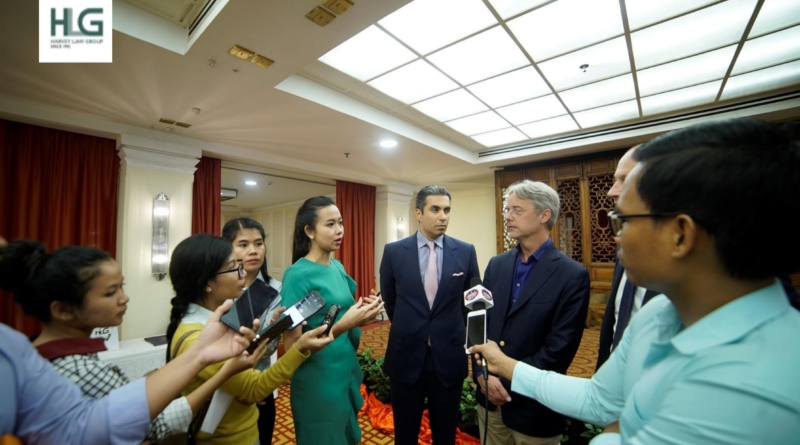 Harvey Law Group (HLG), one of Asia’s leading legal firms focusing on investment immigration and mobility, announced that one of its portfolio companies has acquired nearly 20% of the inventory in the newly launched Six Senses St. Kitts being developed by Range Developments (Range) under the St Kitts’ Citizenship-by-Investment program. The agreement between Range and Harvey Law Group was signed on May 8, 2018 securing access to units in the development for HLG’s well-established clientele in Asia-Pacific.

Harvey Law Group is a multinational law firm dealing with corporate law and investment immigration with a worldwide reputation for representing high-profile clients and corporations, with over 19 offices worldwide. As one of the well-known HNWI law firms, HLG offers the most comprehensive residency and citizenship programs available to date. Harvey Law Group was awarded the Best Immigration Firm at the Annual Macallan ALB Hong Kong Law Awards in 2014 and 2017. It is notable that Harvey Law Group has been offering Business Immigration Services since 1992 and therefore making it one of the oldest firm in this highly specialized field.

Range’s flagship development, Park Hyatt St Kitts opened its doors in November 2017 and has established itself as the finest hotel in the Caribbean. CNN has singled it out as “the Best Hotel in the Caribbean”. It has also been included in Condé Nast Traveler’s 2018 hot list “Best New Hotels in the World”.

Jean-Francois Harvey, Global Managing partner of Harvey Law Group said in the release, “For the last six years, Harvey Law Group has developed a strong business relationship with Range Developments. Harvey Law Group was the launch partner for Park Hyatt St Kitts in China in 2012 and we have worked closely with Range on its Cabrits Resort Kempinski Dominica across South East Asia; the next logical step was to in invest in Six Senses St Kitts and secure units for our esteemed clients in South East Asia.”

Bastien Trelcat, Managing Partner of Harvey Law Group for South East Asia further commented, “Six Senses Hotels Resorts Spas is a well-known and established name in Asia, we believe that it is the right choice. Harvey Law Group is honored to collaborate once more with Range Developments and the Government of St Kitts & Nevis for the Six Senses project as the official representative firm and service provider for South East Asia. St. Kitts & Nevis boasts the longest established Citizenship by Investment program in the world and this presents great opportunities to obtain a well-recognized citizenship for our client.”