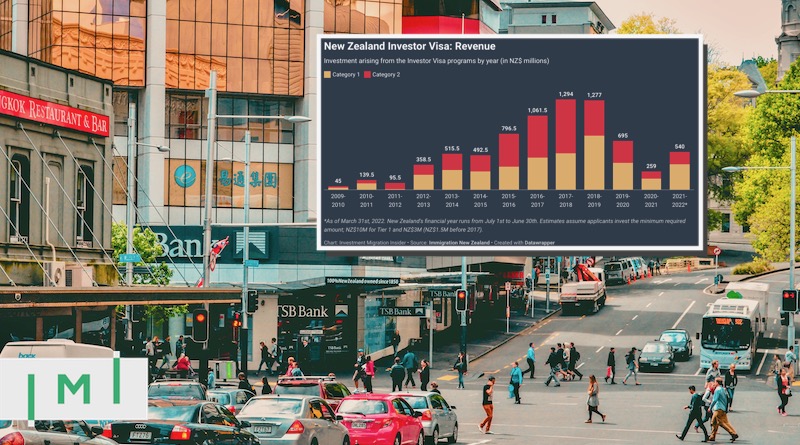 New Zealand’s Investor Visa programs (categories I and II, which mandate investments of, respectively, NZ$10m and NZ$3m) was among the hardest-hit investment migration programs during the pandemic years of 2020 and 2021. During the 2020-21 financial year – which, in New Zealand, runs from July 1st to June 30th – the dual programs raised only NZ$259m (some US$171m), down by almost two-thirds on FY2019-20 and by fully 80% on 2018-19, the last full pandemic-free reporting period.

The immediate cause for the slowdown during the pandemic was the country's strict border closures, which prevented immigration officers from granting anything more than approvals-in-principle. This, explained ANZ Migrate's James Hall last year, is because immigration officers cannot issue visas that don't actually permit the holder to travel to New Zealand which, during the height of the pandemic, investor migrants couldn't.

In 2022, however, the prospects of Kiwi investment migration are looking up. Already by the first three quarters of the financial year, approvals for were up by 71% for Category II and by a remarkable 125% for Category I. With three months left to spare, 96 applications have been approved for the two programs combined, a figure that compares favorably to last year's total of 51.

By implication, New Zealand will have raised at least NZ$540 million (about US$356m) from the programs so far in the 2021-22 financial year, NZ$360m of which from the dearer Category I program. Extrapolate to annualized figures, New Zealand is poised to raise NZ$720m before the financial year ends, on June 30th. That would represent the best result since prior to the pandemic and also an improvement on 2019-20, which experienced pandemic disruptions only in its last quarter.

Rejection rates remain highly contingent on the applicant's nationality. On a cumulative basis, from 2009 and until the present, New Zealand has been rejecting South Africans at nearly three times the rate at which it has rejected Indonesians.