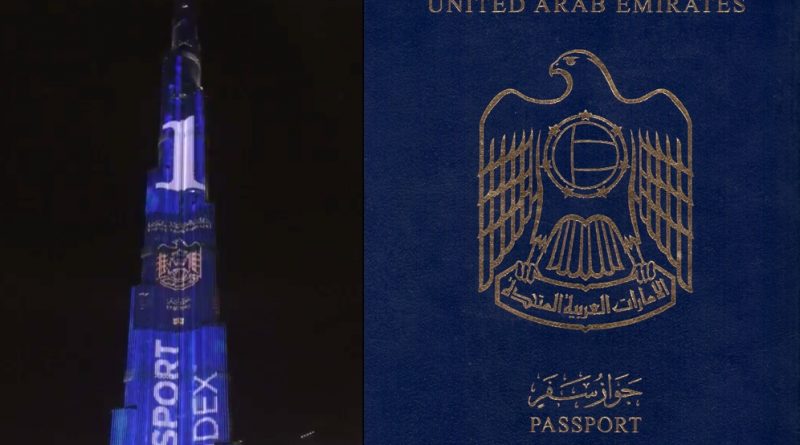 The United Arab Emirates’ celebration of its 47th national day today coincides with its passport reaching pole position on the Arton Capital Passport Index. But on the Henley & Partners Passport Index, the UAE doesn’t even place in the top 20. What’s going on?

“On the glorious UAE National Day, our achievements are getting doubled. The Passport Index has just ranked the UAE passport as Number 1 globally, with visa-free entry to 167 countries worldwide. Congratulations to the UAE and its people and big thanks to the Ministry of Foreign Affairs and International Cooperation’s teams led by Shaikh Abdullah Bin Zayed,” tweeted Shaikh Mohammad Bin Rashid Al Maktoum, Vice President and Prime Minister of the UAE, and Ruler of Dubai.

The passport has gone from placing 27th worldwide in December 2016 to leading the index today, outpacing Germany and Singapore by a single visa-free destination.

The UAE celebrated by lighting up the Burj Khalifa, the world’s tallest skyscraper, to proudly display its top rank.

What’s the difference between the two indices?

As it turns out, the two passport rankings have several notable differences. We’ve created an overview below.

These are the countries and territories to which Arton Capital – but not Henley & Partners – say Emirati passport-holders have visa-free access:

And conversely, here are the countries and territories to which Henley & Partners – but not Arton Capital – say Emirati passport-holders have visa-free access:

The methodology of the two indices differs somewhat in that while Arton considers 193 UN members states plus 6 territories (Taiwan, Macao, Hong Kong, Kosovo, the Palestinian Territories  the Vatican) for a total of 199 possible destinations, the Henley & Partners Passport Index uses a broader definition, which means the total number of destinations it considers is 227, 28 more than that of Arton’s Index.

The different methodology goes a long way in explaining the divergence in outcome for places like New Caledonia, Curacao, Cook Islands, none of which are countries and all of which are counted by Henley & Partners but not by Arton Capital.

It does not, however, explain how the indices can diverge with regards to major countries like Mexico, Australia, Japan, or India.

Either UAE-citizens have access to these countries, or they don’t. What’s the right answer? Let us know in the comments on LinkedIn or Facebook.