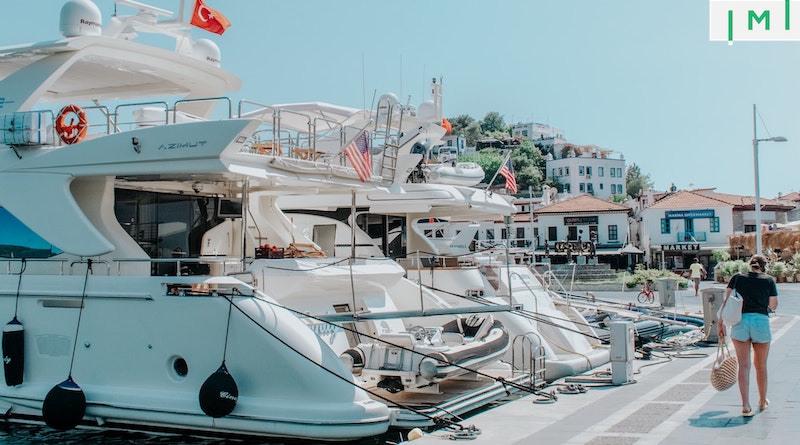 USA Today – American passports are strong, but not the strongest. What to know about traveling with one

“The U.S. is still an incredibly strong passport,” said Dominic Volek, group head of private clients for Henley & Partners. He added that powerful passports make it easier for their holders to travel both for business and leisure.

Weaker passports more frequently require their holders to apply for visas in advance, which can be an expensive and time-consuming process.

“I know this from personal experience. I have a South African passport. I can’t just get on a plane tonight and fly to Europe or the U.K.” or many other countries, Volek said. “The U.S. visa costs me $160. … If I’m a family of four, that’s another $600 toward my travel costs.”

The chaos in the Foreigners and Borders Service (SEF) remains installed. Between January and mid-June, foreign investors were prevented from submitting their applications for golden visas due to the unavailability of the platform, as advanced by idealista/news.

Now, the platform is up and running, but the waiting time for appointments – a necessary step to obtain a visa – has skyrocketed, having more than doubled since the Covid-19 pandemic . An investor can wait up to 18 months for the meeting with the SEF. Faced with this scenario, a foreign investor decided to take the SEF to court. And the judge ended up agreeing with him and ordered the SEF to speed up his process. This decision belongs to this particular case and “it is an important precedent that can be used as a paradigm to guide the judgment of similar cases”, analyzes Bettino Zanini, the lawyer who led the process, to idealista/news.

“Money can’t buy you love, but it can buy you international talent,” said Kashif Ansari, co-founder and CEO at Juwai IQI, which operates a portal with US$4 trillion of property listings. “Investing billions of dollars in hi-tech projects and new lifestyle destinations can succeed at attracting talent.”

Chinese consumers bought more than US$620 million of residential property in Dubai in 2018, according to the most recent data published by the Dubai Land Department. Investment in 2021 is probably below that level because of the impact of Covid-19 and travel restrictions.

“Some Chinese professionals are using Dubai as a home base during the pandemic,” said Ansari, former country head of Albatha in the UAE. “They can obtain a one-year remote working visa and wait out 2022 on the beachfront. From Dubai, they can easily spend weekends in Europe or visit the US. A whole range of travel and lifestyle options are possible that just aren’t available to someone residing in China under various quarantine rules.”

Economic Times – How EB-5 concurrent filing will let investors live, work, and study in the US

Peter Calabrese, CEO of Canam Investor Services, contributes an article to one of India’s biggest dailies in which he writes that” the ability to file Forms I-526 E and I-485 simultaneously (“EB-5 Concurrent Filing”) is one of the most critical transformations intro by RIA. EB-5 Concurrent Filing allows investors on non-immigrant visas in the United States to apply for adjustment of status while filing their I-526E petitions.”

Muhammet Yasir Taflan, an Istanbul-based lawyer who specialises in immigration through investment, told Middle East Eye that Russians have been driving the scheme this year. “Currently, nearly 60 percent of house sales to foreigners are done by Russians,” he said. “It was less than one percent last year.”

Taflan said Ankara’s decision to bump up the price of citizenship has not discouraged investors.

“There are cheaper, comparatively more beneficial citizenships for investment or golden visa opportunities in Europe, but the Russians cannot enroll in them due to sanctions. They basically cannot travel to Europe, let alone conduct monetary transactions,” Taflan said.

“And for the other foreign nationals, they were already spending nearly $400,000 even before the amendment to the law. So it didn’t stop the demand.”

Elena Milishenkova, commercial director at overseas property broker Tranio, told MEE that the amount of applications for the Turkish programme remains stable despite the decision to increase the minimum investment. She added that the Turkish scheme has certain advantages: it allows applicants to purchase properties in the most developed districts of Istanbul and Antalya, and investors can receive both citizenship rights and stable return on investment in short-term and long-term prospects.

Bayram Tekce, deputy chairman for Real Estate International Promotion Association (GIGDER), says Turkish citizenship for Russians has become “a plan B” since they are banned from travelling to Europe to obtain Spanish or Greek citizenship.

“We have a different type of Russians coming to Turkey this year compared to past years,” Tekce said. “The type you see in Nice or the Cote d’Azur, who have better income and better education, and they are looking for ways to put order into their lives.”

Tekce, who also owns a real estate company called Antalya Homes, says Russians would like to protect their savings by moving them to Turkey. “We make 20-25 house sales to Russians in a month, and half of them are for citizenship purposes and the rest are for obtaining a residency,” he said.

Lynn Tastan, country leader for Global Mobility Services at KPMG, an international accounting firm, told DW that the LTR visas have some shortcomings.

European pensioners may prefer to apply for Thailand’s existing retirement visa, which has lower capital investment commitments than expected under the “Wealthy Pensioner” category of the LRT scheme.

“One of the key challenges is providing supporting documents in meeting requirements under the LTR,” Tastan said. “Easing the administrative burden for all parties under the LTR will be a key success factor,” she added.

The Street – Crypto Mixing Service Caught Up in Storm of Controversy

“Want to put a target on your back?” David Lesperance, managing partner of immigration and tax adviser at Lesperance & Associates, said. “Then boast about your crypto firm’s ability to evade US government sanctions or the IRS.”

“With Tornado down 95% from its all-time high and its source code removed from Microsoft Corp.’s GitHub, it’s the latest blow to the ‘no sanctions’ theory of crypto,” Lesperance said. “This same theory bought former Ethereum Foundation scientist Virgil Griffith a 63-month federal prison sentence. As for its customer list, guess what that founder will be using as leverage during sentencing?”

Visão – California in Europe: Why North Americans Are Coming to the Country in Force

The cover story this week in Visão – one of Portugal’s most-read weekly magazines – featured comments from David Moura-George of Athena Advisers and Joana Mendonça of Global Citizen Solutions.