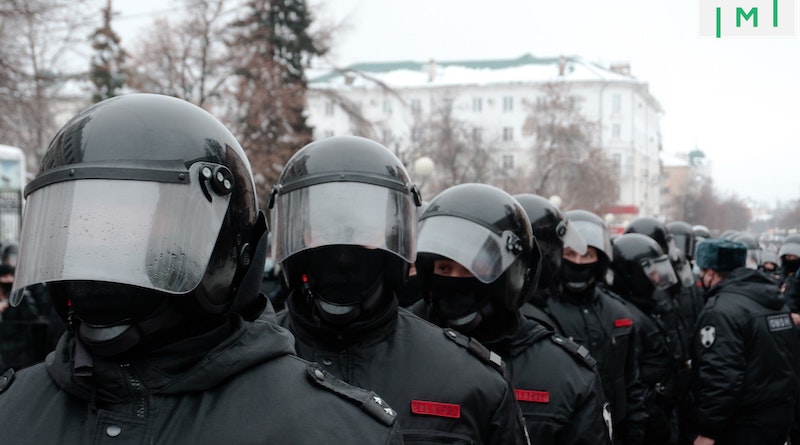 For years, David Lesperance, an immigration attorney who helps wealthy Americans obtain second citizenships, saw a similar type of client: millionaire MAGA-heads, Silicon Valley libertarians, new-money crypto investors—basically, rich guys who wanted out of the U.S. tax system. But in recent months, he’s seen an increase in a surprising clientele: moneyed liberals who are terrified about the political future of the country and want an escape plan.

“I was on vacation two weeks ago, I answered emails and I set up phone calls for when I came back,” Lesperance said. “In the last week I had nine new inquiries. Typically I may get one or two a week.”

Lesperance says he saw a nine- to ten-fold increase in liberal-leaning clients this summer, driven by everything from the mass shooting in Uvalde to the Supreme Court decision overturning Roe v Wade. Mel Warshaw, a tax attorney who occasionally partners with Lesperance on these cases, confirmed an increase. And Eric Major, the CEO of residency and citizenship firm Latitude, said he first saw a surge in Democratic clients after the siege on the Capitol in January 2021.

“There are people who are convinced that this country is filled with lunatic Christian fundamentalists and good old boys from the South, and [that] that’s what we’re going to become. And so they’re making plans,” said Marc Hyman, founder of E-2 Visa Solutions, who observed the same pattern among liberals. “A lot of people have a second citizenship as a Get Out of Jail Free card or as a life raft in case America becomes unlivable… and, you know, the shrimp is no longer cold in the Hamptons.”

“They were generating huge amounts of wealth, and in case something went wrong or there were political changes, they were looking at it from an asset protection point of view,” added Glen Craig, of Stanford Knight & Partners, who saw a similar trend.

The Arab Spring in 2008 also brought a wave of interest from millionaires in the Middle East looking to relocate to Europe or North America. The stereotype of a golden visa recipient still mirrors these trends—that of an ultra-rich tycoon from a politically unstable or autocratic nation. Vito Magagnino, CEO of the Swiss firm Mirabello Consultancy, described a former client in the Gulf who drove a golden Rolls-Royce. During their first meeting, the client forgot to bring his original birth certificate, so an assistant was dispatched to take a three-hour private jet flight to retrieve it, he said.

“The vast majority of clients… get it because it’s an insurance policy. It’s a Plan B,” said Dominic Volek, head of private clients for the investment migration consultancy Henley & Partners. “Wealthy people, they want the option.”

“I would say one out of five clients that I’ve spoken to out of the U.S. in the last two years has told me that they’re planning on renouncing their citizenship in the next five to 10 years,” said Armand Tannous, vice president at Apex Capital Partners.

The surge in Americans looking for second citizenships started in 2020. Most of the citizenship-by-investment firms that spoke with The Daily Beast said they previously had only a negligible number of U.S. clients. Now, according to Patricia Casaburi, the CEO of Portugal-based Global Citizen Solutions, the majority of her clients come from the United States. Volek said the volume of American clients at London-based Henley & Partners increased more than 400 percent in 2020, making it the company’s largest market by far. They are now in the process of opening their first offices in Miami, New York, and Los Angeles.

Jason Swan, senior partner at Holborn Assets, recalled a rich couple with a daughter who worked in tech and didn’t “want to be tied to any one particular country.” By obtaining a pair of golden passports, Swan said, their daughter would immediately get a visa as well.

David Lesperance, an immigration attorney, told the Daily Beast that despite ‘golden passports’ once being most popular among rising titans of tech attempting to avoid IPO-related taxation events, or old-money conservatives schooled in the art of tax dodging, it’s the libs who are now fiending after alternate citizenship in order to avoid an American future they won’t bet on.

‘The vast majority of clients … get it because it’s an insurance policy. It’s a Plan B. Wealthy people, they want the option,’ Henley & Partners – one such investment migration consultancy firm – executive Dominic Volek told the Beast.

‘There are people who are convinced that this country is filled with lunatic Christian fundamentalists and good old boys from the South,’ said E-2 Visa Solutions founder Marc Hyman, another exec. who helps the wealthy arrange for international escape.

On the legal front, David Lesperance, managing partner of immigration and tax adviser Lesperance & Associates, warned that if crypto enthusiasts fail to understand tax laws, this can quickly wipe out any financial gains and can even result in criminal charges.

“While he may have been mentally operating in the crypto sphere, the tax authorities have been watching his activities in the physical world,” Lesperance said. “Specifically they looked at his claim that he had changed his tax residence from high-tax Washington D.C., to zero-state-tax Florida and found it highly questionable.”

David Lesperance, managing partner of immigration and tax adviser Lesperance & Associates, said Gensler “sent a very clear message to the crypto community that of the more than 10,000 tokens and various stablecoins on the market, most are securities and will be regulated as such.”

“He emphasized that the SEC and the CFTC are each going to regulate their traditional turfs and when a particular crypto intermediary was engaging in activities where both parties would normally be involved, then it was up to the entity to register with both the SEC and the CFTC,” he said. “He noted that such dual registration already existed in the broker-dealer space and in the fund advisory space.”

Lesperance added that “the days of the crypto community claiming that they are different or special with regards to securities regulation are over.”

“Next on the chopping block will be illusions that crypto is immune to the tax reporting, anti-money laundering and sanctions regulations that are part of the daily life for the non-crypto intermediary world,” he said.