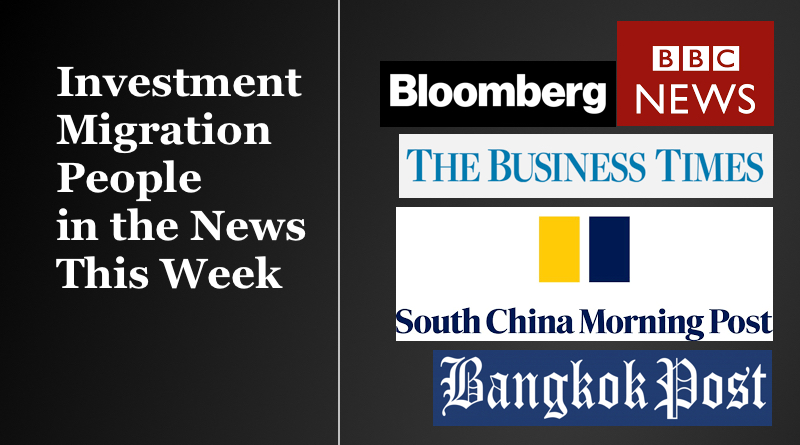 In this weekly segment, we provide a roundup of industry personalities’ appearances in the traditional media over the past week.

Over the last seven days, the BBC, Bloomberg, SCMP, and the Bangkok Post have all run stories on residence and citizenship by investment.

As protests in Hong Kong intensified this summer, Los Angeles lawyer Bernard Wolfsdorf anticipated “a new wave of immigration” to the U.S. So he traveled to China and met with regional immigration advisers. They told him not to get excited.

“Since June, I have seen a significant increase in demand from Hong Kong for Australian visas, with business visas being of great interest to those with the wealth to make it work,” said David Lesperance, an international citizenship and tax law expert and managing partner at Lesperance & Associates.

A Vanuatu passport, MJ explains, is “so fast” to arrange (you can get one in just 30 days), and that helps make it a popular choice. But Mr Kalin and others caution that Vanuatu has a reputation for corruption. As a result, Henley & Partners and others do not deal with the Vanuatu citizenship programme.

SCMP: More than 40 per cent of Hongkongers want to emigrate amid ongoing protests, survey finds

More than 40 per cent of Hongkongers want to emigrate amid the ongoing social unrest, according to a recent survey by Chinese University, compared with around a third of respondents who gave the same answer in December last year.