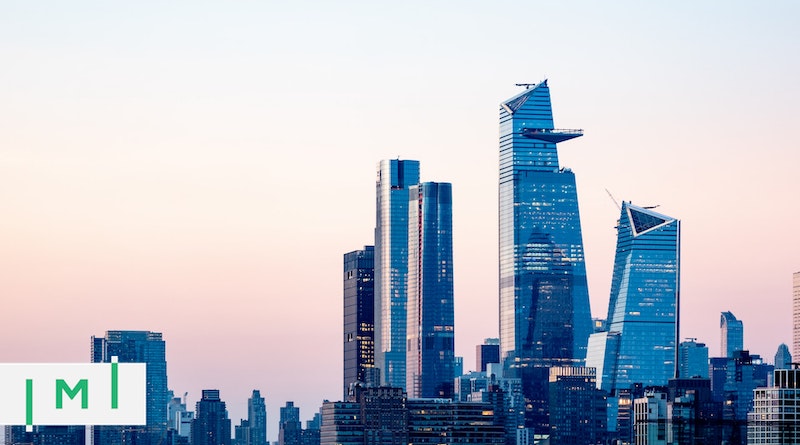 SCMP: Hongkongers are still drawn to a new life in Portugal, even with tighter Golden Visa rules

“Many clients from Hong Kong are not only looking to invest, but they are also looking to relocate to Portugal, which they consider to be a harmonious, peaceful and welcoming environment to rebuild their personal and professional lives,” said [André] Miranda, a partner at the Pinto Ribeiro law firm.

“I would understand that there might be a need to introduce adjustments in areas where there is greater real estate pressure, namely Lisbon and Porto … but to remove them from this programme sends a negative sign,” he said.

Hong Kong-based immigration consultant John Hu said he had noticed a decreasing number of queries from Hongkongers about the Portuguese programme due to the Covid-19 pandemic, which made travel and property inspections more difficult, as well as because of the new BN(O) visa scheme.

“We have seen a lot of interest since the third quarter of 2019 from Hongkongers, who are now in our top three nationalities,” said Tonnard, who previously worked as a banker in the city. He said his company had received more than 400 direct enquiries from Hongkongers last year alone.

Times of India: Indian Rich Top World in Looking to Leave Country
“We saw a 62.6% increase in the number of enquiries received from Indians in 2020 as compared to 2019. The base for 2019 was over 1,500 enquiries,” Nirbhay Handa, director and head of global South Asia team, Henley & Partners, told TOI.

“Canada and Australia are key contenders, (but) the processing time for these programmes has become long and the investment amounts higher over time, so Indian HNWIs understand limitations,” says Handa.

Washington Post: Want a second passport? Here’s how to get dual citizenship.

Investing in a country, though expensive, is another way to get a second passport or a long-term visa, though not in every country. Services such as Get Golden Visa, which helps people obtain a second passport through investment, have reported strong growth in the last year. Charles Harris, Golden Visa’s director, says applications increased fivefold in 2020.

“The week of the 2020 U.S. elections, we received over a hundred requests from prospective American investors,” Harris says. “Our sales team had an inquiry every 20 to 30 minutes.”

“I’ve been doing Canada immigration for 29 years and I’ve never seen something so flexible,” said Jean-Francois Harvey, the Hong Kong-based founder and managing partner of the Harvey Law Group.

“A fresh graduate can come in. No language requirement. No minimum funds. It’s an open door,” said Harvey.

“The closest thing – and it’s not really in the same ballpark – is resettling tens of thousands of Syrian refugees,” he said.

He said open work permits of the type on offer were “coveted”.

“The idea of opening these up to an entire swathe of people because they happen to come from one place, because of their nationality, is pretty remarkable,” Rosenberg said. “Open work permits mean you can take any job. You don’t even need prearranged employment. We’re telling people, ‘you should come’ … it’s extremely generous.”

Today, the Damocles’ sword hangs over the heads of investors as the Regional Center programme, that was instituted in 1991, is at risk of expiration. Time is running out and nonone says it better than IIUSA, a dominant EB-5 regional center trade association.

In its message to stakeholders, IIUSA (Invest in the USA) emphatically states: “Be clear about this! If the EB-5 Regional Center programme is not reauthorised before June 30th, it will cease to exist. Its elimination would leave thousands of good-faith investors uncertain as to their status at best and potentially without the immigration benefits they had sought in pursuing an EB-5 investment. Also significant for the future, the EB-5 Regional Center’s elimination would jeopardise funding efforts for economic development projects across the country – just when our country needs it most.”

Rohit Kapuria, partner at Saul Ewing Arnstein & Lehr, a law firm, explains: “The EB-5 programme (meaning, the direct EB-5) is permanent and is not at risk. It is the Regional Center (pilot) programme, which was instituted in 1991, that is at risk of expiration. This programme has been subject to multiple extensions over the last few years. Previously, the extensions were lengthier, but in the last 6 years, it has been subject to several short extensions that were tied to the government’s budget appropriations process.”

“The fate of pending and approved I-526 petitions, that were predicated on regional center investments, is entirely up to USCIS,” states Mitch Wexler, partner at Fragomen, a global immigration law firm.

IIUSA appears to be optimistic:

“Given the recent transition in the US administration and its completely opposite disposition toward immigration, it is more likely than not that there will be no termination and if for some reason there is, grandfathering is just as likely,” says Aaron Grau, executive director at this trade association.

Arabian Business: Why the US immigrant investor programme is making headlines again

Managing Director of Dubai-based Step Global, Preeya Malik, pens an op-ed for Arabian Business in which she considers the future of the EB5 regional center program.

“While the industry is hopeful that the stand alone EB-5 legislation will pass by the end of June, the fact remains that with the recent change in administration, an impeachment hearing, and many other pressing matters currently sitting in Congress, the chances of timely renewal are slim.”

Forbes: Will The Golden Visa Boom Continue In 2021?

London-based Henley & Partners says it has seen a 25 percent increase in inquiries from high-net-worth individuals asking about residence-by-investment programs. Most of these people are coming from emerging markets, as has traditionally been the case. India, Pakistan, Nigeria, and South Africa filled out four of Henley’s top five countries for 2020.

Financial advisory firm deVere Group says it saw inquiries grow by 50 percent from similar countries, as well as Russia and countries in the Middle East and East Asia.

What does this surge tell consultants? Henley and deVere both say it indicates that second passports have become more of a practicality for investors than an optional luxury item.

“Whether it be for personal reasons, such as to remain with loved ones overseas or be able to visit them, or for business reasons, a growing number of people are seeking ways to secure their freedom of movement as they have faced travel restrictions which are, typically, based on citizenship,” Nigel Green, deVere CEO said in December 2020.

“When the Portuguese government introduced the deadline of July 2021, Hong Kong buyers were hesitant to commit as they felt they may not have enough time to do the transaction and then fly to Portugal to complete the necessary biometrics,” said Chitra Stern, founder and owner of Elegant Group, developer of Martinhal Hotels & Resorts and Martinhal Residences, a branded residence project in Lisbon. “The extension removes this barrier and we expect to have more enquiries now.”

“Investors will now have more confidence [regarding] their application as ten and a half months is a very comfortable time frame,” said Luiz Felipe Maia, managing director at Lisbon-based Maia International Properties, which has an office in Hong Kong.

The UK Tier 1 investor visa is expected attract more attention this year, according to research by citizenship-by-investment firm Astons.

If the estimates are correct, this would see an inversion in the current trend as the number of applications has significantly declined since 2018.

But the surge slowed in 2018, with a 7.4% rise in applications leading to the issuance of 376 such visas and £752m in total investment value.

Since then, demand has been “in freefall”, Astons said.

Arthur Sarkisian, Astons’ managing director, said: “There has been a rather drastic decline in demand for UK Tier 1 visas in recent years and this is a trend that has continued during the last year, no doubt intensified by the restrictions caused by the pandemic.

Financial Times: Should I give away my assets before the Budget?

Jason Gillott, co-founder of GVP Life, which specialises in helping people obtain “golden visas” in Portugal, says you have three options. The D7 Passive Income Visa is the most accessible route. If you can demonstrate that you have a stable, passive income — such as from renting property or investment dividends — in your current country of residence of at least €7,980 a year, then you can live anywhere you want in Portugal without having to buy property locally.