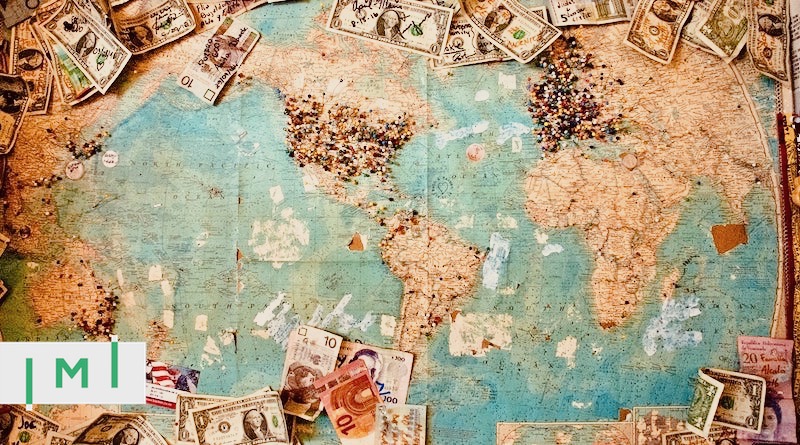 In terms of mainstream media coverage, the pandemic appears to have had a positive impact on the industry; nary a week now goes by without investment migration practitioners making appearances in heavy-weight publications.

Lawyer Jean-Francois Harvey sees a similar pattern from the Hong Kong offices of his immigration law firm Harvey Law. He says cases have tripled in recent months. “I would say about three to four families have been moving out every week for the last two months,” he says, destined for Europe, Canada, and Australia.

“Also, because of Covid-19, people have realised they don’t need to be here to control their business. People who thought they could not spend two to three weeks outside of Hong Kong suddenly realise it’s possible.”

Many clients are selling up in Hong Kong, he adds. But there’s more than physical assets at stake. “Talent-wise, it’s sad,” he notes. “Hong Kong has been my home for 20 years. Really high-quality people are leaving.”

Alexander Varnavas, a lawyer dealing with property cases, said he sees strong interest from buyers despite the global health crisis. “New requests are submitted, but there are still practical problems with travel bans,” Varnavas said.

Greece’s pandemic response was perceived as relatively better than some places in Europe and that has improved the country’s image among Chinese investors.

“Chinese demand for Greek Golden Visas has not slackened, even though the number of approvals dropped this year,” said Georg Chmiel, Executive Chairman of Juwai IQI, one of the top real estate networks in China and Southeast Asia. “We expect Greece to win a Chinese buyer’s market share from countries such as the U.K. and Spain, which have had much less success in the fight against COVID-19.”

Dominic Volek, head of Asia for global citizenship and residence advisory firm Henley & Partners, says his clients’ wealth has increased significantly during the global lockdowns as the world heads deeper into recession and chaos.

“A lot of countries these days are looking at ways of raising what we call ‘sovereign equity’. If you go to the bond market you are creating debt and at some point are going to have to pay it back. But if you can create these investment migration programs that effectively bring equity into your country, into an innovative revenue stream for the government and certainly become important on the back of Covid and how these economies recover.”

“The pandemic has been terrible in so many ways,” said Paddy Blewer, the director of Henley & Partners U.K. and the group director of public relations. “For lots of our clients, it has been the tipping point for, ‘I’ve been thinking about doing this, but now I really understand how significant volatility can be around the world and I need options.’”

Mr. Blewer said that Henley & Partners has seen one and a half times as many inquiries from January to April of this year as during the same period last year. Those who secure the services of Henley & Partners pay anywhere from 20,000 euros, or $24,000, to €500,000, depending on the complexity of the case.

Families are considering eligibility costs, speed of application approval, and education and health care policies in the various countries.

Freedom of movement is also important. Arton Capital, an advisory firm specializing in investment-based citizenship or residency, has a tool that ranks passports based on different factors, like the mobility they afford their holders. Look up the U.S. passport on the Passport Index today, and you will see that Americans can travel easily to 87 countries. In 2019, that number was 171.

“The drop of American passports over 50 percent in terms of mobility was a wake-up call for a lot of families,” said Armand Arton, the founder of Arton Capital. “The almighty U.S. passport is not as powerful as it used to be.”

Andreas Politis, who works as a managing associate for Christina Mantas & Associates, which is helping Ms. Periharos with her case, said that the firm has seen about a threefold increase in the number of people who want to apply for a Greek passport.

“The virus has been a major driver of engagement,” says Paddy Blewer, a director at Henley & Partners, a global citizenship advisory firm based in London that has seen a 60% year-over-year increase in Americans interested in citizenship programs.

While the average American may view the pandemic as a temporary crisis, the uber rich see a more troubling, permanent crack in their financial security. “The virus demonstrated that US citizenship is not as strong as it was once assumed it would always be. Yes, at the moment, Americans can’t travel, but they also understand the longer term consequences,” says Blewer. “So they’re making an investment as a hedge against longer-term volatility. It’s about ‘what is the world going to look like in 10 years time?’ Citizenship by investment can be a real hedge against local volatility.”

“The reasons people generally get second citizenship through these investment programs is because they are very restricted by their own citizenship,” says Nuri Katz, president of international investment advisory firm Apex Capital Partners Corporation.

For wealthy travelers used to going where they want, when they want, this new lack of freedom is having a profound psychological impact. “Americans have never felt like what a person from Russia feels — an educated, middle class, wealthy Russian — or a wealthy Chinese person, who is also very restricted,” says Katz. “Suddenly Americans have to think about, ‘wait, I can’t go anywhere,’ and that feeling of restriction when you’re used to feeling freedom is very upsetting and very worrisome. They are expressing themselves in a way that I’m used to foreigners expressing themselves who have been living with these restrictions their whole lives. It’s a really interesting phenomenon.”