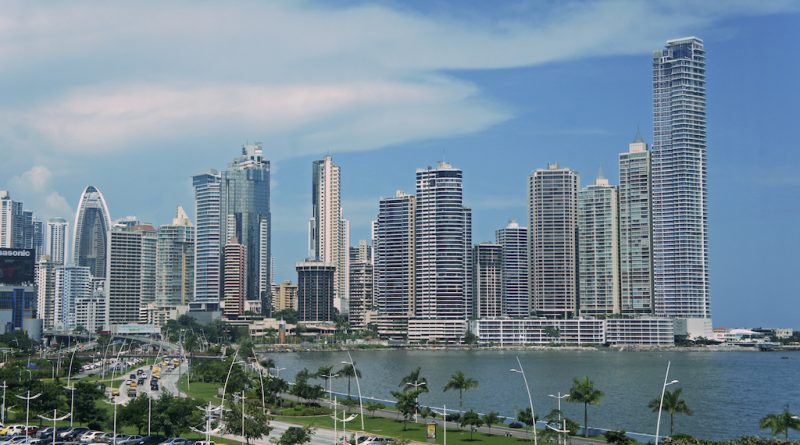 Frequently, my readers or conference attendees ask me how ultra high net worth individuals, families, and international corporations manage to avoid almost all of the taxation and legal burdens the middle class faces, and whether such measures are only available to the exceptionally rich.

The 5-step Walk to Total Freedom

In this article, I’ve decided to reveal the wealth preservation “secrets” of the world’s most affluent families and how their legal advisors structure their holdings. I’m calling it the 5-step walk to total freedom.

Before I explain this journey, it’s important to note that some of history’s richest families –  the Rothschilds and the Rockefellers, for example – have used structures similar to those I am about to explain for close to a century and that, really, it is the very existence of such structures that has helped some one percent of people retain nearly 80% of global assets for several generations.

I have successfully used this type of structure for many of my clients over the past ten years. It works. I’ve run it by top accountancy, tax, and legal counsel in various countries, none of which have been able to see any flaws in it. In fact, some such professionals have asked me not to reveal these methods to the public because people might realize how simple and easy they are to implement.

Many people, including some working at the OECD, are under the impression that citizenship is a tax-avoidance or a CRS-avoidance mechanism. Nothing could be further from the truth. At present, citizenship has absolutely no relevance in the way tax departments of all countries (except that of the USA) treat taxpayers’ obligations. Furthermore, banks and other reporting agencies look at tax residency – not citizenship – when reporting.

So, why is there so much misinformation from the OECD regarding second passport?

The value of a second passport is the freedom it provides. For example, many countries have now initiated a policy of cancelling or restricting the issuance of passports for citizens they either consider undesirable or who are under investigation. Countries with such policies include China and some European countries. In many case, the department of internal affairs – commonly the issuing body for passports – can actually stop the issuance of a passport if, for instance, the citizen is declared bankrupt, forcing him to stay in the country until debts are repaid, a practice that effectively amounts to a form of debtor’s prison.

It’s also not unlikely that we’ll soon see the OECD starting to tax people based on citizenship, much in the same way the USA already does.

Since the OECD is looking at citizenship as an obligation and a responsibility rather than a right, it becomes increasingly important to have a second or citizenship. And this is why the OECD opposes citizenship by investment; they are afraid wealthy people are beginning to understand that the OECD’s actual aim is to control their capital.

The only legitimate way of removing yourself, in a legal manner, from the OECD tax net, as practiced by the super wealthy, is set out in the steps below, none of which require citizenship.

Now, it may not be a surprise that having citizenship is of little benefit for tax planning purposes unless you combine it with a tax residency. However, these days, a tax residency must be a place that is genuinely recognized by the tax authorities of the country in which you reside as an actual tax residency.

The challenge is to choose a tax residency in a country that doesn’t tax foreign sourced income; there are not many of these left.

Whilst countries like Portugal give you tax exemptions on worldwide income for ten years, no one tells you what will happen afterward. Cyprus comes to mind where (on the insistence of Germany) Russian owned bank accounts were simply frozen to pay Cyprus’ debts for stupidly investing in Greek bonds.

I could write a whole paper on tax residency options, but one of my favorites is Panama. Panama does not tax worldwide income and permits tax residency based on a test involving your connections to the country such as an operating business. Residency is quite easy to acquire and Panamanians are decisively pro-business. A Panamanian tax residency allows you to easily open Panamanian bank accounts and brokerage accounts and receive income from investments tax-free .

The Dynasty Trust is a carefully crafted trust deed that protects you and your children and their children forever from attack by creditors of any kind. This is really the Rolls Royce of asset protection and means that if you become bankrupt or get attacked by any type of creditor – including spouses, inheritance claims, bankruptcy claims, even tax claims – the trust will protect you and your family.

One of the best trust jurisdictions is Nevis. The small island, which is part of a federation with Saint Kitts, has enacted a comprehensive trust regime considered by most experts to be the top-ranked jurisdiction along with the Cook Islands. The trust pays no tax of any kind income coming into Nevis and does not recognize foreign claims on inheritance, gift, income, wealth or any kind of tax.

Since all assets are owned by the trust, no claim against you personally is valid against the trust. This confirms to the famous saying of JD Rockefeller “control everything; own nothing”.

The trust should then own your holding companies and operating companies that are your business assets and passive income.

The OECD, via the CRS, classifies an operating company as one having 50% or more of its funds actively engaged in business. An operating company reports back to its place of incorporation and not to the place where its ultimate beneficiary owner is resident.

In order to take advantage of this, banks require the company to show substance, which means an office, an actual business, and some staff.

If an operating company incorporates a low tax or zero tax regime for its world-wide profit, this allows tax optimization.

There are many jurisdictions that aim to attract operating companies including Ireland, Dubai, the Shanghai Free Zone, the Uruguay Free Zone, and Panama.

Personally, I have a soft spot for the Panama free zone because of the simplicity of the regime; there is simply no tax on worldwide income, no import and export taxes, and very minimal requirements to obtain the free zone certificate (one staff member and an office). The Panama Free zone regime allows for almost any business setup, including services and crypto-business, without any red tape or bureaucracy, and is ideal for trade with China.

Indeed, with new bilateral agreements between China and Panama, the can become the central office for a Chinese investor to trade with China and the rest of the world. Panamanian banks are now beginning to open accounts in Yuan.

By properly structuring your residency and your second citizenship, and establishing a trust that owns an operating company, you have now established a structure which will last generations and protect you and your children and their children. Forever.

The operating company will set up different branches, holdings or subsidiaries in various countries to maximize its trading opportunities but at all times the structure itself will be used in the same way that international companies such as Apple and Google or international families structure their affairs.

You and your children will become global citizens unaffected by the tides and turns of fortunes, of financial crises, or of attacks by creditors because, in the end, you will become legally and forever free of all these things.

About the author: Evgeny Orlov holds an undergraduate and Master’s degree in international law from Sydney University, is fully qualified in the STEP diploma in trusts and is a member of the ITPA. He has been advising ultra high net worth families in asset protection and for the last twenty years. You can reach him on ceo@ntlwealth.com