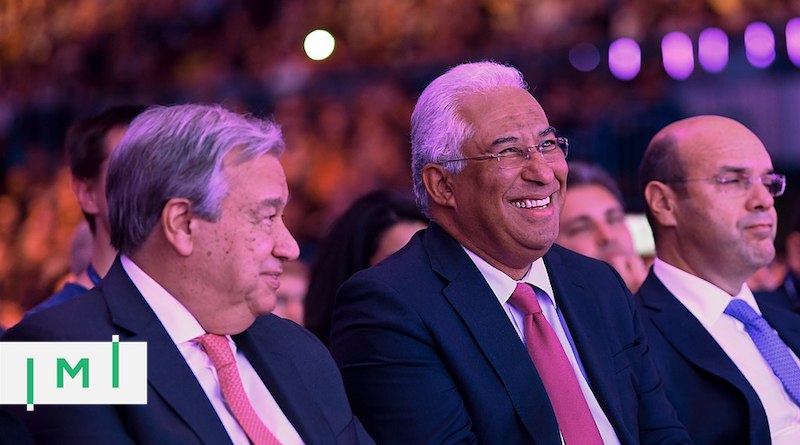 In light of recent political discussions concerning the Portuguese Golden Visa program, we’ve seen a lot of confusion in the market and have decided to conduct a deeper analysis of the potential consequences of the proposed golden visa reforms.

One thing is certain; the Portuguese Government wants the capital coming in through the golden visa channel to be more “active”; to fuel business growth and job creation. However, drastic and overnight changes will cost more jobs than created if the current real estate market incumbents are not given sufficient time to manage the transition.

In our previous article, we predicted that the fund route would become the next growth area for Portugal’s program and recent legislative changes proved us right.

In this article, we’d like to point out some strategies that can help sustain the inflow of foreign direct investment to Portugal in the face of changing rules. Our hope is to ensure that the market maintains the healthy growth that saw its service providers and investors committed to the country’s prosperity.

#1: Prime residential developers must adapt price points
To make a long story short; developers will need to re-evaluate their price tags that have magically converged to EUR500,000 now that golden-visa buyers are set to disappear from Lisbon and Porto’s secondary market.

We are not saying that there won’t be any buyers for EUR 500,000+ residences in those cities; demand will still be strong among British, French and American non-golden visa investors, who make up the majority of foreign buyers. The tourism sector, furthermore, is still booming in Portugal and will continue to fuel an upward trend in yields and capital gains in favored destinations.

Government and developers should both mitigate this risk by allowing for a smooth transition period lest drastic and sudden changes create a climate of panic and psychologically driven price drops.

#2: Non-prime residential developers need to brace themselves
Developers that are geared specifically toward golden visa buyers are in the highest risk bracket, primarily because their customer group is not diversified but rather concentrated on a market that may dissipate entirely. They also don’t enjoy the high and stable yields brought about by daily rentals.

The more you’ve tailored your development to golden visa buyers, the more exposed you are. Golden visa investors who bought into these projects will have a much harder time liquidating in year-five. Those who didn’t neglect the domestic and intra-EU demand will be fine, but those who got cheap financing and sold properties at a premium justified by attendant immigration benefits will bleed.

#3: Venture capital funds are the place to be
The obvious winners of the recent legislation change, VC funds got a free ticket this time because they contribute heavily to increasing employment by creating added value and attracting capital to companies. Funds create jobs and they provide strong tailwinds to economic growth. Portuguese VC funds will see massively increased demand. However, instead of high-risk funds like those that invest in start-ups and hi-tech, the demand will be more towards funds that have relatively better downside protection such as those investing in tourism, retail, commercial space development, food, and logistics.

The re-structuring of the GV program in Portugal rests on lawmakers’ assumption that the economy is growing and will continue to do so. It should be noted that the massively successful US EB-5 program owed some of its success to the Securities and Exchange Commission (SEC) that went out of its way to help fund promoters, as well as fund managers, to be competitive in international markets.

These options usually work to give people who are already looking to start a business in the country an incentive, not the other way around. It’s highly unlikely someone would be willing to move their entire business just to get a residence permit and/or citizenship. While this option will increase the number of GV’s granted in its own bracket, the FDI generated from this venue will be highly artificial as it will only serve to give people who are considering starting a business a nudge; it won’t nudge people considering the GV to actually go ahead and start a company.

#5: Real estate brokers will need to reinvent themselves
90% of the EUR 5 billion raised in golden visa investments over the last seven years has taken the form of real estate. The chief protagonists in that story have been the real estate brokers, a group which in Portugal numbers more than 50,000 professionals.

These are extremely exposed to the upcoming changes. As real estate becomes relatively less competitive, they stand to lose a substantial part of their international revenue. Brokers will have to re-invent themselves as conventional international brokers and this will require a completely different mentality as they will be selling to international investment veterans who are only interested in the value of the real estate in question, not the attached residency benefits.

The government has difficult decisions to make
Lawmakers, if they want to (counterintuitively) create value by eliminating the most lucrative part of the program, must tread carefully in making sure it’s a win-win situation for all players. This is possible with strategic management.

The first thing they must do, of course, is to allow a transition period in which everyone has time to re-orient themselves. If the stakeholders listed above are not given this grace period, the changes will destroy more jobs than they create. If Portugal wants to go the EB-5 route where investment and job creation go hand in hand, the end result could be surprisingly good. But getting there overnight is simply not possible.

The second area they need to manage is making sure the “country brand” of Portugal isn’t hurt by the changes. The worst possible outcome of reforms to the program would be having thousands of high net worth investors saying “I’m glad I didn’t invest in Portugal, they curbed their program pre-maturely and now people have a lot of illiquid real estate.”

Faith in Portugal as an investment destination must be maintained at all costs because Portugal depends on foreign direct investment to sustain economic growth. Alienating investors worldwide and tarnishing its good brand would have disastrous effects. A loss in brand value would be compounded by the simultaneous improvement of the same for Spain and Greece, the main competitors in the golden visa market. In an age where competition for fresh foreign cash is so steep, losing even the smallest battle can lead to a domino effect.

In a nutshell, turning small ticket investors into investors with a greater appetite for risk is the way forward. A huge shortcoming of the vaunted legislative change, however, is the total discarding of the real estate option in major cities. The option should be left on the table, albeit with a price point considerably higher than today’s, say €750,000. This move would have established investing in Lisbon, Porto, and Algarve as the “premium option” of the Golden Visa.

Portugal, once again in the spotlight, continues its leadership in Europe with respect to golden visa innovativeness. Once the dust settles, the program will see healthy growth once again. It falls on the shoulders of the lawmakers, however, to make the transition as painless as possible for stakeholders who did their best to meet the demand brought on by the old rules. That is only fair.

The future of the market, from our analysis, is not gloomy; we have seen positive changes in the last year, mainly the reduction of the minimum time to qualify for citizenship as well as a price cut for the fund investment route. There will be a period of transition but the Portuguese program will come out stronger in the end if all parties manage the transition correctly.

Hakan Kodal is the Chairman of OptylonKrea and Trustee of Urban Land Institute. The company was formed between Krea Real Estate and Optylon Capital in order to develop a pan-Mediterranean real estate and investment management presence. The combined track record of the partnership exceeds €1.6 Billion investments in Portugal, Turkey, and Romania.

Optylon Krea has already acted as advisor or manager in four funds in Portugal and Turkey and has solid working experience with institutional investors as well as family offices and HNWIs. The current gross development value of €350 Million in Portugal reached through the development of mix used prime assets is a testament to the alliance’s growth potential.