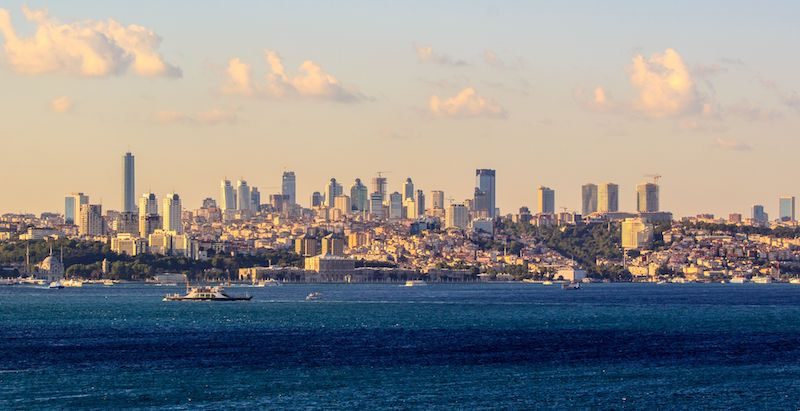 After announcing to great fanfare last year that Turkish citizenship would be available to foreigners who bought and held real estate worth at least US$ 1 million for three years, Turkey’s Interior Ministry has announced that they are “rethinking” the program and will consider a drastic reduction in the investment requirement.

In 2016, the government announced that, in addition to the real estate option, Turkey would also grant citizenship to those depositing at least $3 million for a minimum of three years in a Turkish bank; made capital investments of at least $2 million; employed more than 100 Turks or bought ‘state debt instruments’ worth $3 million.

The new citizenship law, the government hoped, would attract sorely needed capital for the then-distressed Turkish property market. At the time, some estimates said the program would bring in several billion dollars a year.

To the dismay of Turkey’s Interior Ministry, however, demand for the program has been lackluster. This will come as no surprise to seasoned investment migration practitioners; A citizenship from a country that isn’t part of the EU, or Schengen, and which only grants visa-free access to 105 countries, simply isn’t worth $1 million, to say nothing of $3 million.

Of course, those planning to invest in Turkish property anyway will probably not turn down a complimentary citizenship. But Chinese, Russian and Middle Eastern HNWIs motivated by increased settlement- and travel freedoms will look elsewhere.

In response to lobbying by real estate sector representatives, Turkey’s Interior Ministry have announced that they may cut the investment requirement by as much as half. Even if that is the case, it’s still too expensive, considering the alternatives available. All the Caribbean CIPs, as well as Vanuatu, would still be significantly cheaper, and they all offer visa-free travel to Schengen.