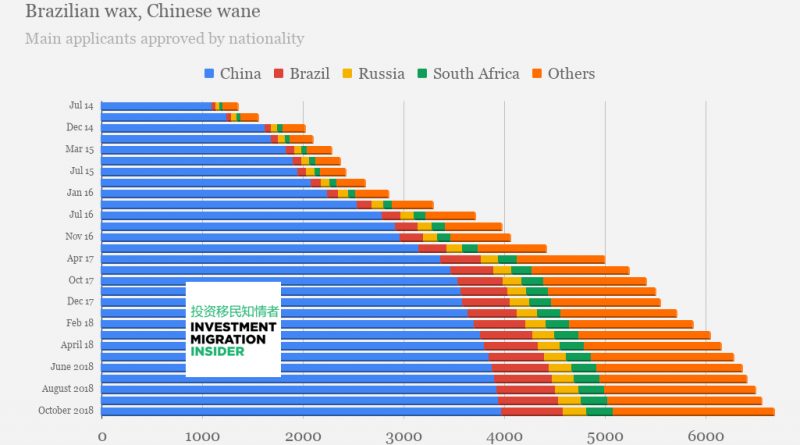 In October, Portugal’s golden visa (PGV) program saw approvals and investments double from the month before. So far in 2018, the PGV has raised an average of €67 million a month and looks set to bring in some €800 million for the year as a whole.

Chinese applicants, who once made up four-fifths of the total, now account for less than 60% of approvals. Interest among Brazilians has grown steadily since 2016, a turbulent year in Brasilia, and there’s nothing to indicate that trend is abating.

But it’s among South Africans that demand for Portuguese residence permits has reached dizzying levels; Applications from South Africa now outnumber those from Russia, despite the latter’s nearly three times greater population.