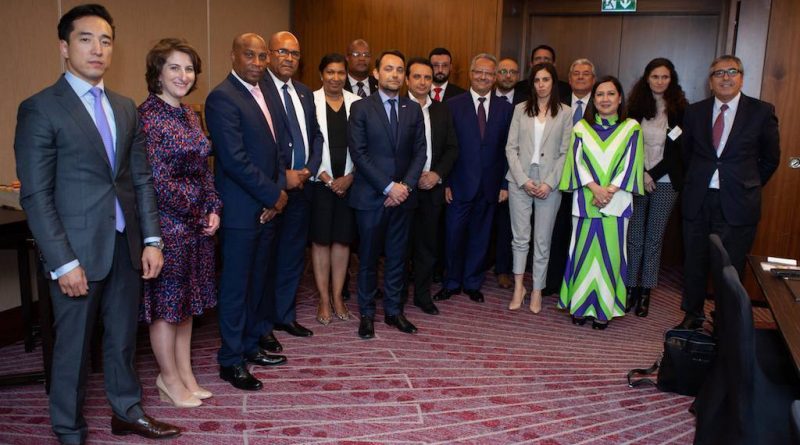 Researchers at LEWIS Global Communications –  a firm retained by the IMC as part of a broader objective to not only gauge public sentiment regarding investment migration but also to see how this may be improved – found that one in three UK residents were opposed to investment migration, but that generational differences in attitudes toward such programs were pronounced;

The agenda began with a focus on reputation, led by Markus Kramer of Brand Affairs. Kramer talked about the impact that enhanced transparency has on on a programme’s reputation, and the necessity for a collective effort to address current misconceptions inherrant in a rapidly evolving industry.

The scale of the problem was highlighted by James Holmes, Director at LEWIS Global Communications, who presented research uncovering public sentiment towards investment migration and the individuals who obtain citizenship through investment.

According to the research of 1000 UK residents, commissioned by the Investment Migration Council, one in three (35 per cent) believe that wealthy individuals should not be allowed to obtain citizenship in a country other than where they were born through investment migration.

Moreover, disapproval was highest amongst older generations, with only eight per cent of those over the age of 55 in favour of the Government’s Tier 1 Investor Visa programme. Whereas three in five (60 per cent) of those aged between 18 – 34 believe individuals should be allowed to live in a country other than where they were born through investment.

Whilst the research specifically focused on the UK, it served to highlight a global challenge around reputational issues that governments need to address. By promoting due diligence and the impact of their respective CBI programmes on local economies and societies around the world, governments can look to rectify some of the unfounded misconceptions thrust upon the global industry.

Investment Migration Insider has long been an advocate of industry self-regulation, a central component of which would necessitate some form of qualification/certification/exam framework, which would ensure industry practitioners’ adherence to high professional standards of ethics and competence (read:Chartered Investment Migration Practitioner – The IM Industry Needs a CFA-Equivalent).

The IMC’s CEO, Bruno L’ecuyer, has confirmed to the editor that plans for such qualifications are indeed afoot. Now, the architect behind the Society of Trust and Estate Practitioners’ (STEP’s) analogous system of exams and qualifications has been brought on to develop a similar structure for the investment migration industry, under the aegis of the IMC.

The roundtable concluded with unanimous support for a programme of training, qualification and accredition in the industry. Bill Howarth, President of the International Compliance Association and architect behind the qualifications pertaining to STEP (The Society of Trust and Estate Practioners), urged delegates to support the creation of a programme which will enhance professional standards and promote best practice.

The topic continued into the second day of the conference during which Howarth outlined the rationale for a framework and curriculum that will encourage compliance, prevent crime and promote investment migration as an ethical industry – led by the IMC.

Bruno L’ecuyer, CEO of the Investment Migration Council, says, “The industry needs to foster an understanding of the valuable contribution investment migration has on economies and local societies. However, we must do so from a position of trust and transparency. This can come from having a globally recognised and professional certification programme.”

Speaking on the industry’s first government roundtable, L’ecuyer said: “There was a broad consensus and support for the plans laid out by IMC. We must now act upon the momentum we have created by hosting the Investment Migration Forum and start work, immediately, on designing a programme that will introduce professional standards by which we can benchmark best practice.”