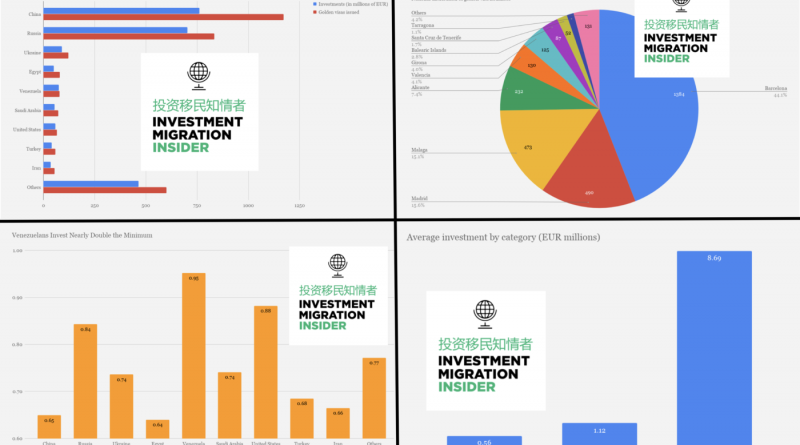 Since the start in 2013, 49% of Spanish golden visas have been issued in the province of Catalonia; 44% in Barcelona, the remainder in Girona and Tarragona. The program has so far raised EUR 2.33 billion from a total of 3,140 main applicants, according to Catalan newspaper Ara.

The bulk of applicants are Chinese and Russian, nationalities that make up 37 and 27 percent of all visa-recipients, respectively.

While the average golden visa applicant in Spain invests some EUR 743,000, Venezuelans invest nearly twice the required minimum of half a million euros.

The overwhelming majority of applicants – 94% to be precise – opted for real estate acquisition as a qualifying investment, while 137 and 62 main applicants chose, respectively, the capital transfer and business investment options.

Although the number of applicants choosing the two alternative routes to residence permits in Spain is minuscule compared to that of real estate buyers, the average investment amounts were far higher; Investments in the capital transfer  category amounted to an average of EUR 1.1 million, while the 62 applicants who chose to invest in a company acquired equity valued at an average of an astonishing 8.6 million euros.

The program as a whole, however, has proven far less popular than its Portuguese cousin – a program that’s only a few month’s older – which has raised close to 4 billion euros from 6,369 main applicants since it started.